An Offer You Can’t Refuse: Who will succeed Buono in BC? 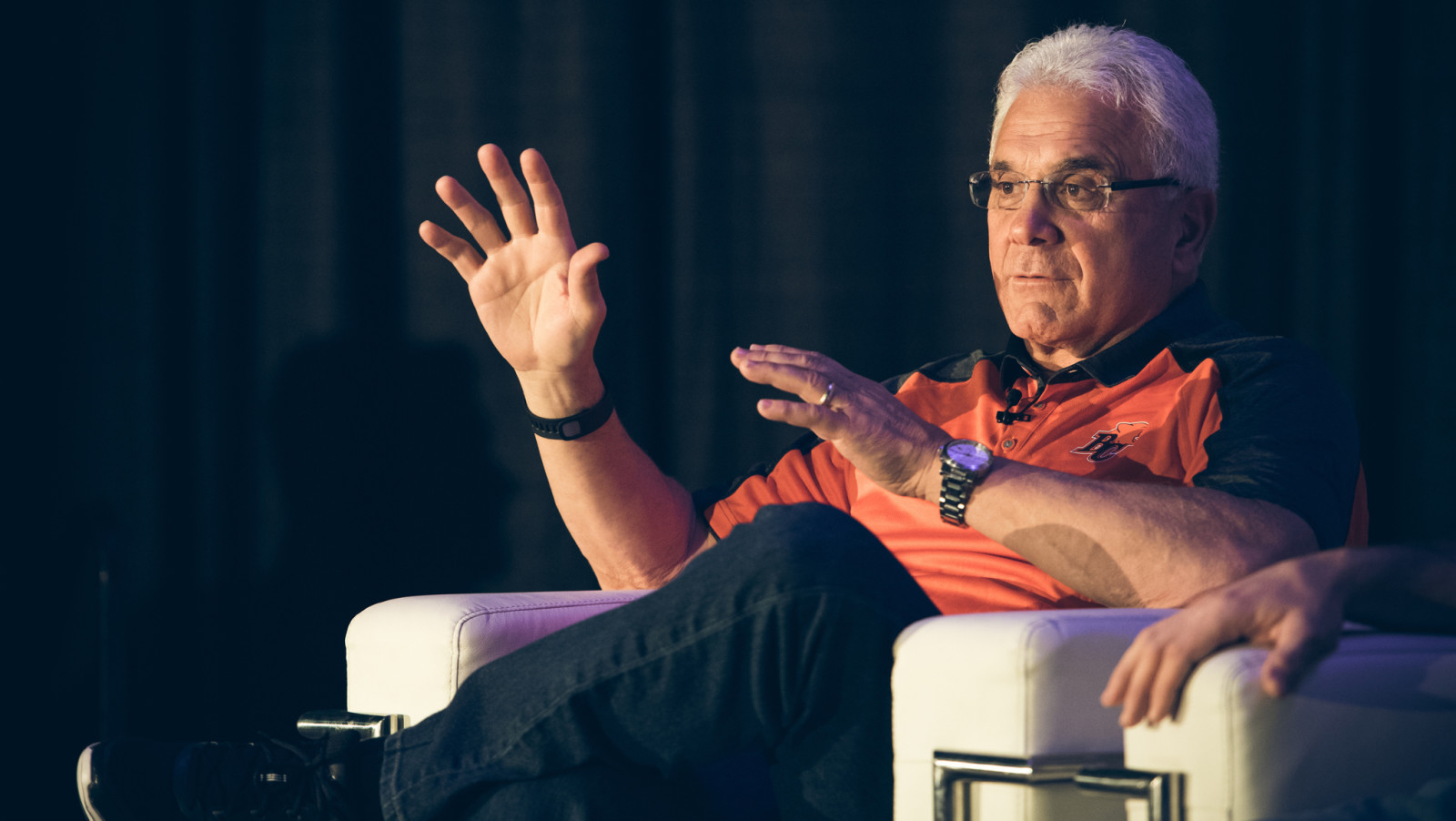 An Offer You Can’t Refuse: Who will succeed Buono in BC?

The BC Lions are the biggest story in the CFL right now. Sitting at 3-6 on Labour Day weekend, the Lions have gone on a 6-1 tear that no one outside of their locker room saw coming. They’ve clinched a playoff spot and if the chips fall in their favour over the final two weeks of the season, they could actually end up hosting the Western Semi-Final on Nov. 11.

It’s shaping up to be a storybook ending for Wally Buono, who will retire when this season is over, putting a cap on a 45-year career in the CFL as a player, coach and GM.

The focus is largely on Buono and the Lions right now, but there’s a less pleasant matter hanging over the organization as it works to push its season to the end of November. At some point next month, the Lions will need a new head coach. 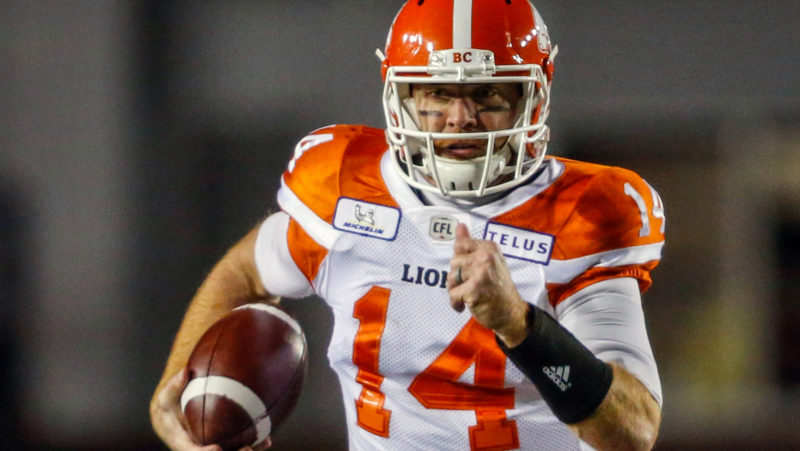 » Steinberg’s MMQB: Next man up in the Hammer
» Rockstar QB Index: Ranking the CFL’s pivots
» CFL Simulation: Are the Bombers the favourite?

You can bet that Lions GM Ed Hervey has had it more front and centre than most of us. Hervey has had to make two coaching hires in his executive career. He landed Chris Jones in 2013 and when Jones and his staff jumped to Saskatchewan after the Esks’ Grey Cup win in 2015, he pulled Jason Maas from Ottawa.

Where will he look for the 2019 BC Lions? Let’s start with what should be the most prominent candidates.

The Lions’ defensive coordinator’s name has been speculated about already this year as a potential Buono replacement. The way the Lions’ defence has played this season should only help his cause, if he wants to pursue the job. It would be his first head coaching gig, but Washington could provide a smooth transition as a head coach. He played under Buono from 2003 to 2007 in BC, then joined his coaching staff in 2008. He came in as a defensive backs coach and assumed defensive coordinator duties in 2014. A Grey Cup winner as a player (2006) and a coach (2011), Washington understands what the organization is about.

The Calgary Stampeders’ DC has been a hot commodity for a few years, so he’d be a natural on any potential coach list, whether you’re a GM or a lowly writer type tapping away on a rainy day in Toronto. Claybrooks could have had the Alouettes job last year and passed on it, choosing to continue chasing a Grey Cup in Calgary and to further develop one of the toughest defences in the league. He’s only in his seventh season of coaching (four as the Stamps’ D-line coach and now three as the DC), but Claybrooks is seen around the league as ready to make the jump to head coach. 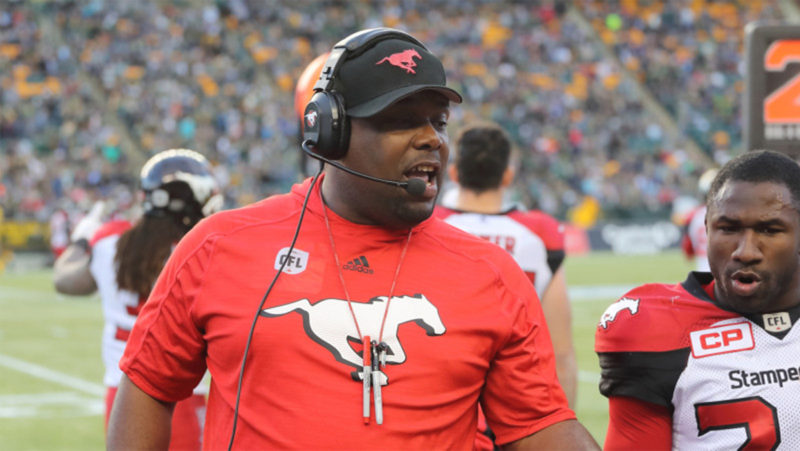 DeVone Claybrooks is considered one of the CFL’s top up-and-coming coaches (David Moll/Stampeders.com)

Chamblin’s resume speaks for itself. He won a Grey Cup as the Riders’ head coach in 2013 and spent 2017 as the Argos’ defensive coordinator. The Argos merely stunned the league last year, going from five wins to nine, then upending Calgary in the Grey Cup, with Chamblin’s defence making two of the key plays in the game (Cassius Vaughn’s 109-yard fumble return TD and Matt Black’s game-sealing interception). Chamblin has a firm grasp on the Canadian game and knows how to get results from his players. The only problem is he might be done with Canada.

Chamblin told The Athletic’s Sean Fitz-Gerald earlier this month that he wanted to take a shot at sticking as a coach in U.S. college football. He’s currently on staff at the University of Arkansas as a defensive quality control coach. If he could be persuaded to come back to the CFL, Chamblin would be a worthy candidate for the job.

It’s assumed that Steinauer returned to the Hamilton Tiger-Cats this year as assistant head coach with a figurative dibs called (adults calling dibs on things is something that I wish happened a lot more) on the Ticats head coaching job down the road. A defensive coach in Toronto and Hamilton, from 2010 to 2016, Steinauer returned from a year at Fresno State and joined June Jones to study the offensive side of the game. The offensive work rounds Steinauer out as a head coaching candidate. What’s most impressive about Steinauer is the impact he has on his players. They sorely missed him last year when he was at Fresno and the team fell on hard times and they were overjoyed when he made his way back to Hamilton last winter. With Steinauer, a buy-in seems like a foregone conclusion. 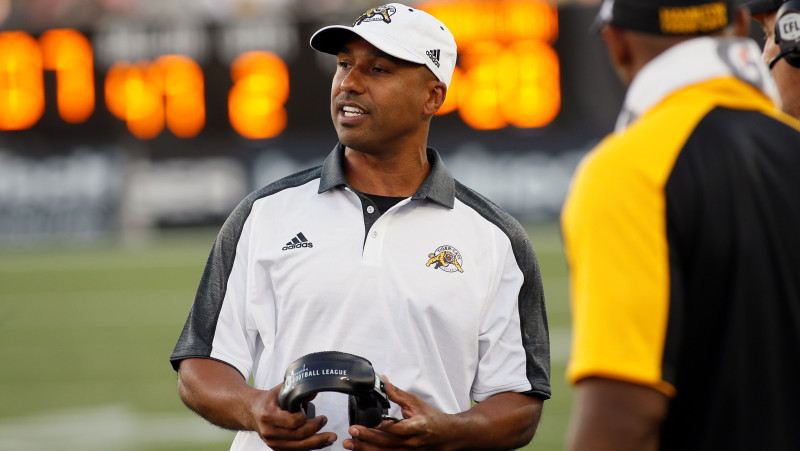 Orlondo Steinauer has expanded his portfolio in his return to the Ticats this season (Ticats.ca)

Maybe the offensive ying to Corey Chamblin’s defensive yang, Milanovich could in theory rejoin a CFL team and hit the ground running. His playing career covered the NFL, NFL Europe, the XFL, the Arena League and a year with the Calgary Stampeders. He understands the players that come to the CFL and his resume shows an understanding of the CFL’s offensive game. A disciple of Marc Trestman from their days in Montreal, Milanovich has won Grey Cups with Anthony Calvillo, then as a head coach in Toronto with Ricky Ray. Of course, the Lions would have to pull him from his current role as QBs coach for the Jacksonville Jaguars.

Some dominoes would have to fall for it to happen, but if those dominoes were green and gold, would Hervey have an interest in some of the Esks coaches? He played with and hired Jason Maas in Edmonton and spent time around Mike Benevides, a former Lions coach, in 2016.

Paul LaPolice is highly qualified for the job but has seemed to be very happy in Winnipeg as the Blue Bombers’ offensive coordinator.

Marcus Brady has nine years’ experience as a CFL coach, but is just into his first season as the Indianapolis Colts’ assistant QB coach.

Kent Austin’s interests haven’t been confirmed, but he’s under contract this season and next to the Tiger-Cats, where he’s in a consultant role.