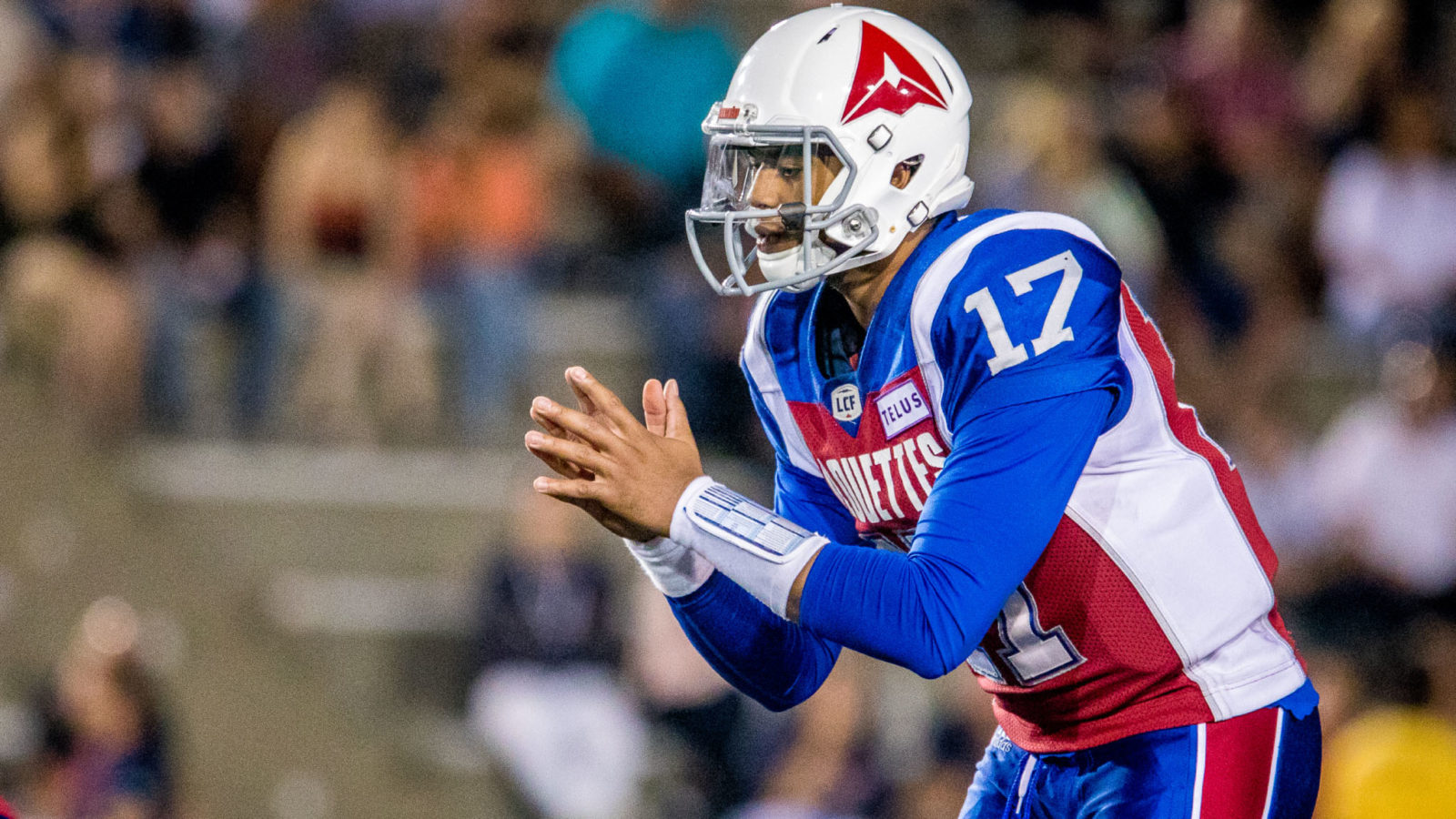 MONTREAL – The Montreal Alouettes announced on Sunday that the club has extended international quarterbacks Antonio Pipkin, Vernon Adams Jr. and Jeff Mathews’ contracts. Adams Jr. and Pipkin signed two-year extensions and will remain with the Alouettes in 2019 and 2020, while Mathews signed a one-year deal through 2019.

The Als also have current starter Johnny Manziel under contract for 2019.

“We have stabilized our quarterback position by extending the contracts of these three young, talented and hard working players,” said General Manager Kavis Reed. “All three have proven this year that they have the assets to excel at this position. ”

Pipkin joined the Alouettes in 2017 and saw action in the team’s season finale. In eight games this season he completed 65 of 106 passes for 857 yards and a touchdown. He gained 211 yards on 36 runs and leads the team with six rushing touchdowns. 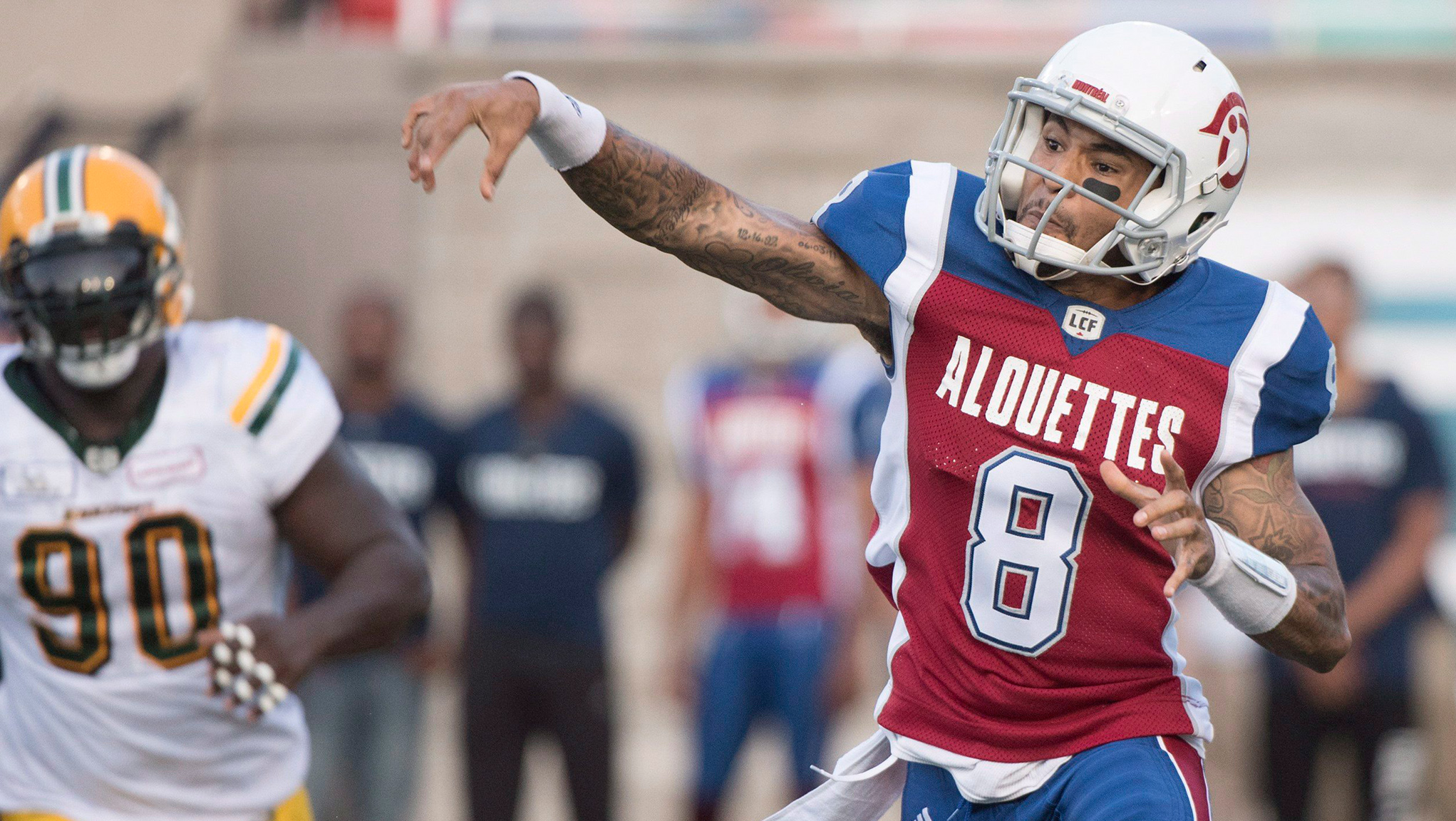 Vernon Adams Jr. re-joined the Alouettes mid-season after spending training camp and the first three weeks of the season with Hamilton.

He appeared in 44 consecutive games at Tiffin University, including 41 starts, and guided the Dragons to their first winning season since joining the Great Lakes Intercollegiate Athletic Conference in 2007. He generated 13,147 yards of total offence, including more than 2,200 rushing yards. Over four seasons, he threw 88 touchdown passes and scored 25 times. Pipkin remains only the third player in Division II history to have passed for more than 10,000 yards and rushed for over 2,000.

Adams Jr. returned to the Alouettes in June 2018, after starting his professional career with the team in 2016. The 25-year-old played 38 games in the CFL, including 27 with the Alouettes. This season, the Pasadena, CA native earned 220 passing yards while completing 16 of 33 passes. He added 99 rushing yards on 13 carries to his total, while reaching the end zone twice.

Since joining the CFL, the former Oregon University Duck completed 59 of 111 passes for 803 yards and four touchdowns.

Mathews, who is playing in his fourth season in the CFL and joined the Alouettes in June 2018. In 43 CFL games, the former Cornell University Big Red completed 173 of 265 for 2,122 yards and threw eight touchdowns, and also registered nine rushing touchdowns. He played his first two seasons with the Hamilton Tiger-Cats before joining the Argos. This season, he completed 29 of 47 for 396 yards and one touchdown.

The Camarillo, CA native completed his collegiate career with 11,284 passing yards, which is not only a Cornell record, but also an Ivy League mark. In 38 games with the Big Red, he completed 901 of 1447 passes, including 72 for touchdowns. Following his stellar days at Cornell, he was a member of the Atlanta Falcons, Indianapolis Colts and Arizona Cardinals.