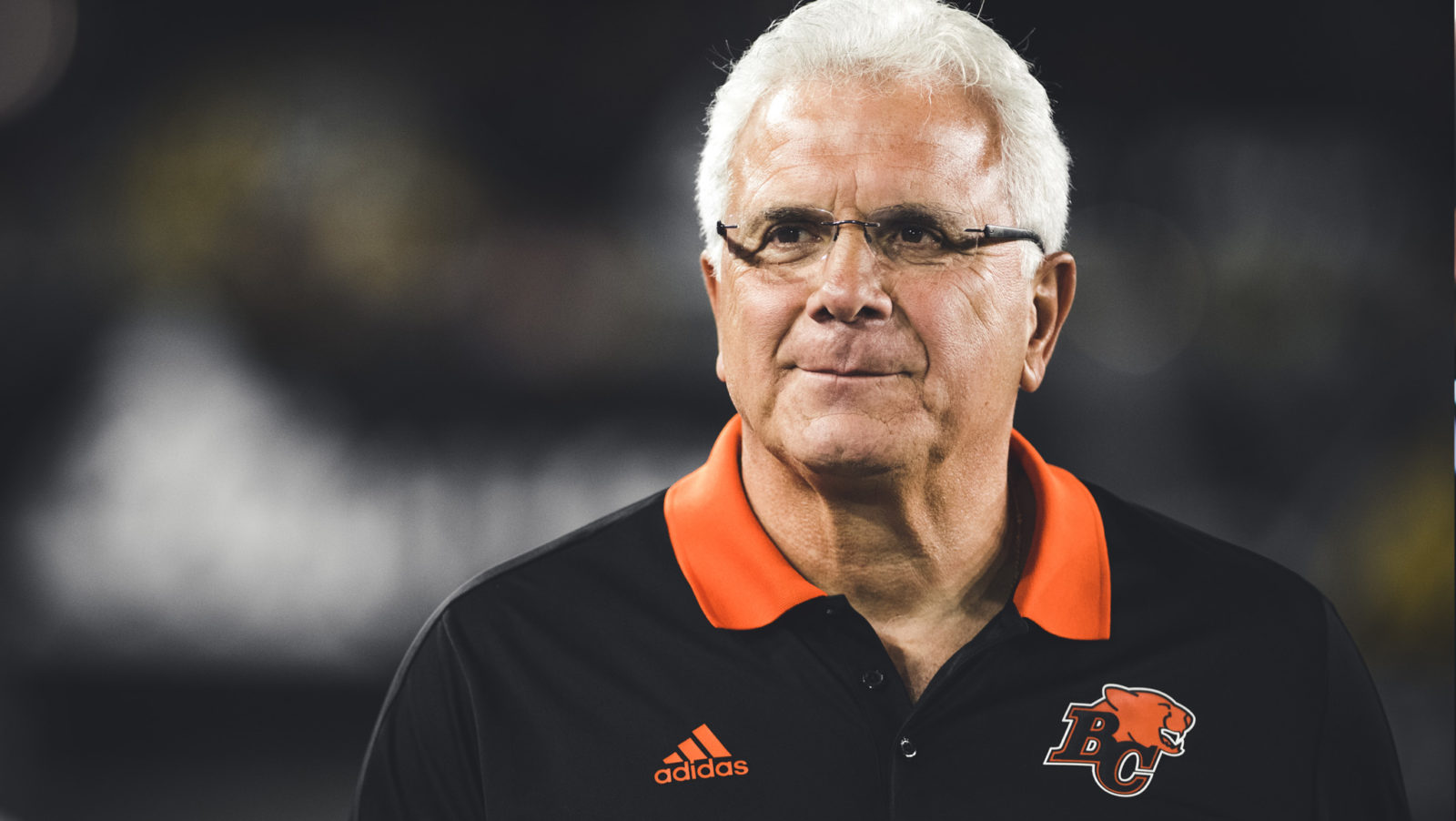 VANCOUVER — Some might call it a ‘nothing game’, but the last game of the 2018 CFL regular season will have plenty of meaning for anyone under the BC Place roof on Saturday night.

The Calgary-BC matchup will have no bearing on the Lions’ post-season travel plans, but for Head Coach Wally Buono it’ll be regular season game number 450.

It will also be his last.

Buono spent 25 seasons coaching the Stampeders and Lions, winning five Grey Cups and becoming the league’s all-time wins leader in the process. This season he’s gotten the Lions back in the post-season, leading the club to wins in six of the last eight games and a 9-8 record.

One season after removing himself as GM, Buono will leave the sideline following this season as a long, storied era comes to an end: 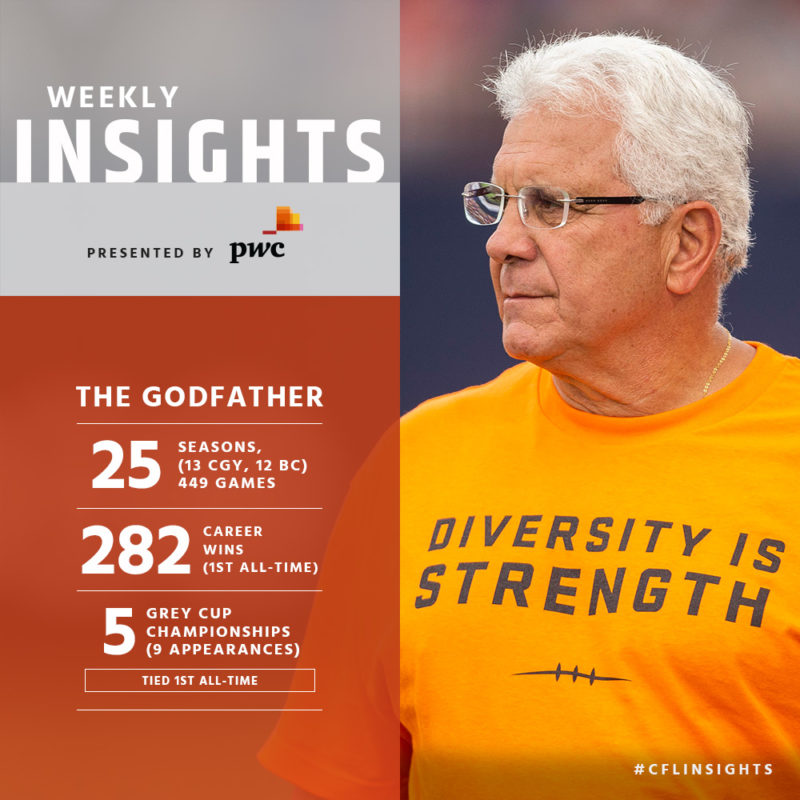 Marc Trestman (72 wins) is the next-closest coach who’s still active, making Buono’s current record one that could truly stand the test of time.