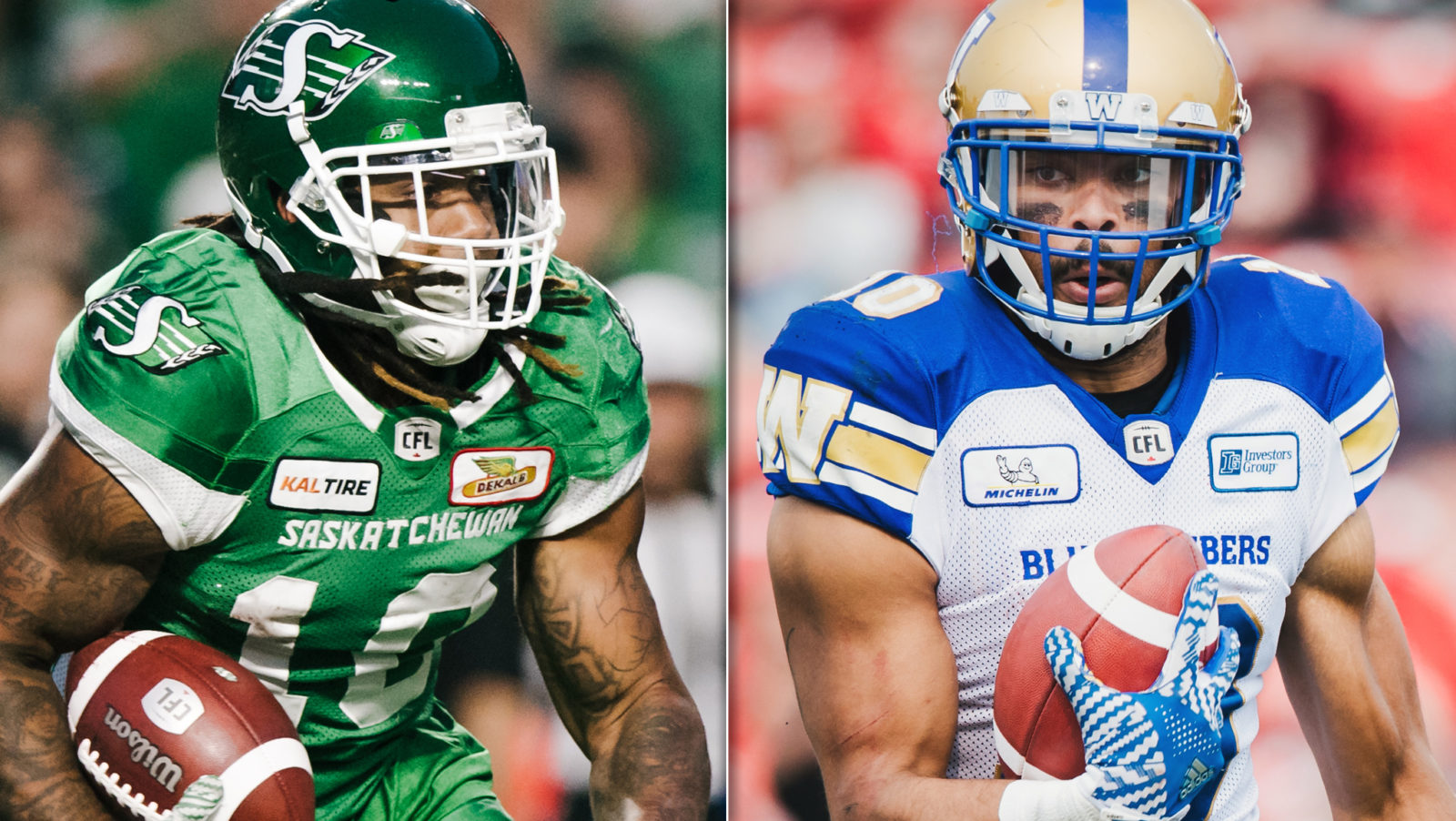 TORONTO — After sweeping the Labour Day home and home, the Saskatchewan Roughriders appeared to have a definite edge over their prairie rivals in the Winnipeg Blue Bombers. Suddenly, things changed.

In the midst of a winning streak that would last five games, the Bombers flipped the script in October, chasing Zach Collaros from the game in a 31-0 blowout victory. So as we head into the Western Semi-Final and a fourth and decisive meeting between two of the CFL’s biggest rivals, there’s no telling how things will shake down.

Sunday’s matchup will almost certainly be a physical, hard-fought battle, one that could come down to one big play. Whether that’s Darvin Adams or Andrew Harris for the Bombers, or a defensive player like Willie Jefferson or Sam Eguavoen for the Riders, remains to be seen.

CFL.ca breaks down who has the edge in the Western Semi-Final between the Bombers and the Riders, position by position. 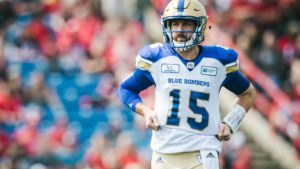 Two losses to the Riders signaled a low point for Matt Nichols in 2018, but since then he has resurrected both his season and that of his Blue Bombers. Nichols is playing as well as any quarterback in the league while riding an impressive win streak. Conversely, the Riders are trying to see if starter Zach Collaros will be cleared to play and if he does, how effective can he be against a defence that shut out his squad in their last meeting? 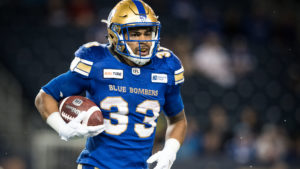 The Riders deploy a host of backs, including Tre Mason and Cameron Marshall of late, but Andrew Harris is the motor of the Blue Bombers offence. Winnipeg relies on the league’s leading rusher so much and he is not only the best back in this matchup but perhaps the best in the country if you ask many. 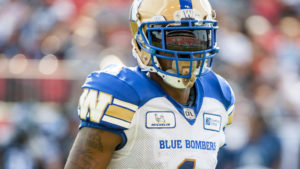 Neither team is defined by its receivers but both these squads field a group of playmakers that share the rock and can make big plays at a moment’s notice. The one difference maker here is Darvin Adams. We saw what happened in last year’s semi when the Bombers were without him, and his ability to stretch the field is the best test for a stout Riders secondary. 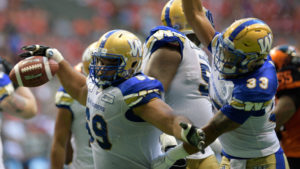 The Bombers offensive line may have the most difficult test of any team in the CFL playoffs this year, starting with the dominant rush end duo of Willie Jefferson and Charleston Hughes of the Riders. Yet the Blue and Gold have the horses to do it, starting with two of the top tackles in the league in Jermarcus Hardrick and Stanley Bryant. The late addition of Philip Blake bolsters an injured Riders O-line, but the focus will be on what Winnipeg’s front five can do to contain Saskatchewan’s attack. 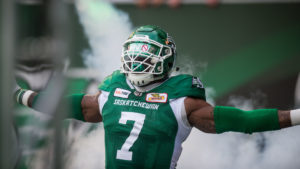 There is little doubt who has the edge here. The Bombers’ pass rushers are not to be overlooked but Willie Jefferson and Charleston Hughes are just so productive that they could easily be the difference-makers. Jefferson alone can change the game in an instant and his athleticism has proven that he is not only a threat off the edge but can stall a drive with a knockdown or end a possession with a key interception or fumble recovery. 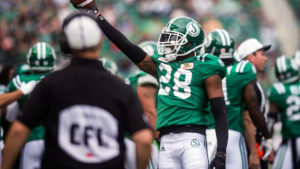 Individually, Adam Bighill and Jovan Santos-Knox had remarkable regular seasons. That said, the Riders are so deep at the linebacker spot and they play so many different players there that it is tough to not give them the slight edge — especially when you consider how much Saskatchewan relies on the play of their defence and the system they employ. It’s quite an underrated group Chris Jones has. 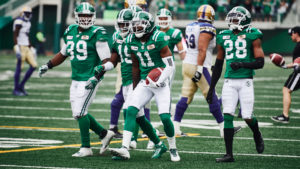 The Riders secondary has been ballin’ lately and Ed Gainey leads a group that has no qualms about carrying this team to victories. The offensive start-and-stop has been well-documented and these ball-hawks have turned some close games into wins almost on their own. Nick Marshall, Matt Elam and Loucheiz Purifoy have brought the type of athleticism to the defence that Chris Jones covets. 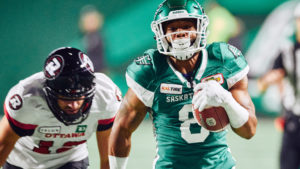 Kevin Fogg, Marcus Thigpen, Kyran Moore, pick your poison. Both players have speed to burn in the return game and can put six on the board in an instant. This one’s too close to call, although some would argue Saskatchewan’s returns could prove more important given the state of their offence currently. 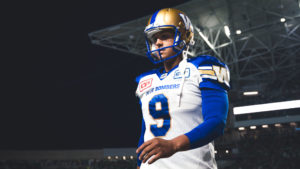 Justin Medlock is one of the best to ever do it, while Brett Lauther has made a name for himself in Riderville, putting 90 per cent of his kicks through the uprights while often coming through in the clutch. Josh Bartel is having another solid year punting the ball. No decisive advantage either way. 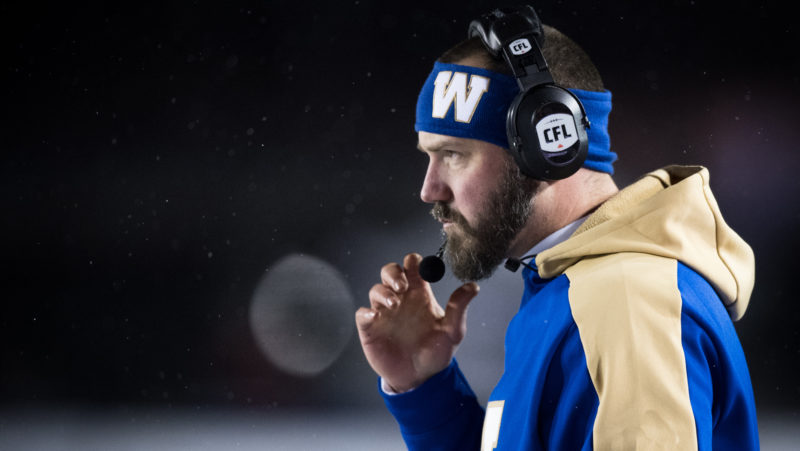