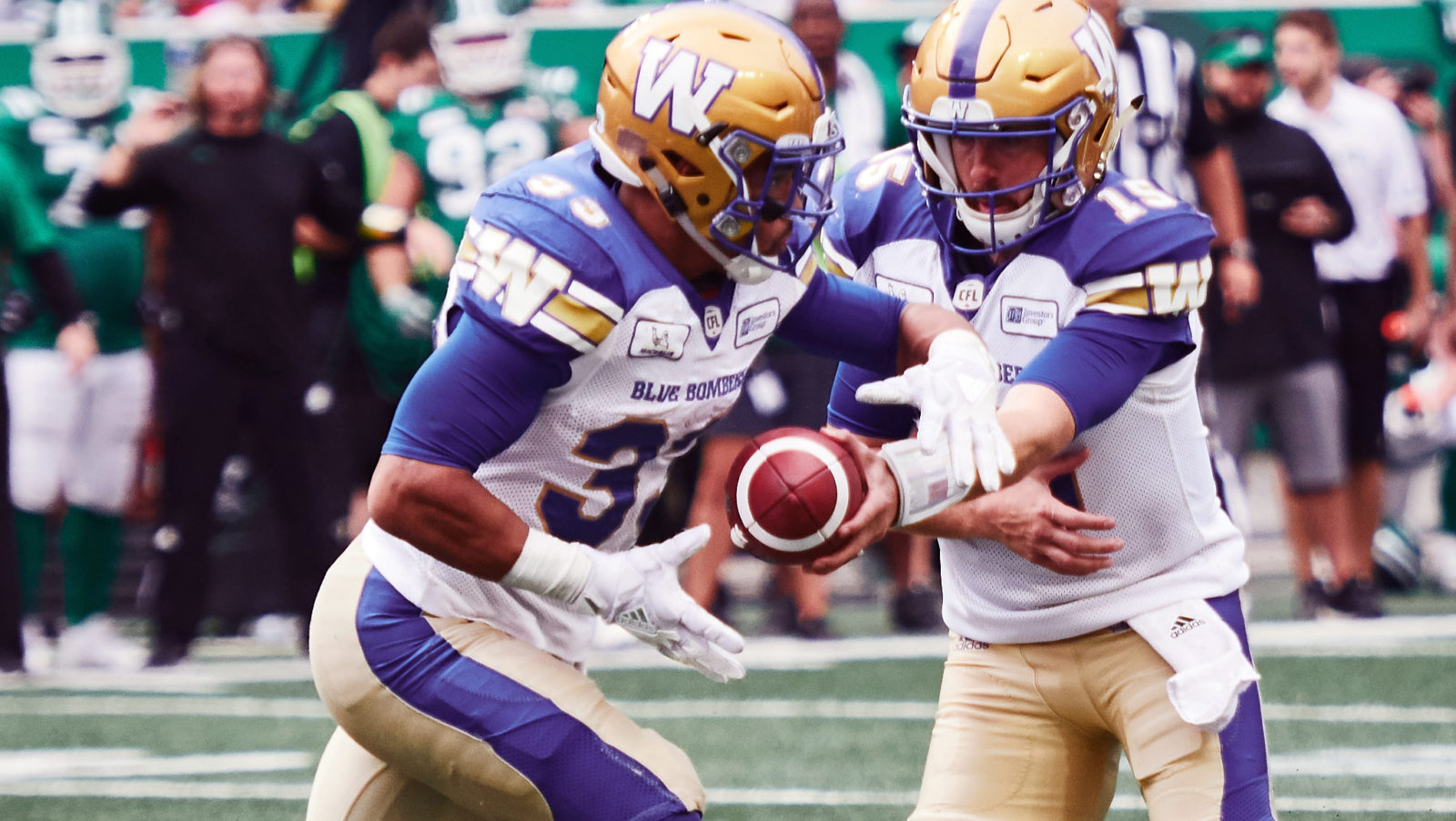 As far as early winter goes, what Winnipeg felt like on Wednesday was par for the course. It wasn’t plug in your car weather by any means, but there was a crisp chill in the grey daytime sky that eventually gave way to snowfall.

It’s the kind of weather that makes you cringe when you walk outside, that goes straight for uncovered ears and preys on those of us who think they might be able to get by wearing ankle socks.

“It was gorgeous out there. It was a nice, beautiful day,” he said on Wednesday, after the Winnipeg Blue Bombers had come off of the snowy field.

“The sun was trying to come out, the snowflakes were nice and big, it wasn’t too windy. It was fun. It’s good to play in this kind of weather, it’s what the CFL is all about. Playoffs, cold weather, a little bit of snow. My work starts right here.”

RELATED
» Into the Spotlight: 30 players to watch in the Grey Cup Playoffs
» Head to Head: Who has the edge in the Western Semi-Final?
» The Weekly Say: Who should be the Grey Cup favourite?

The Bombers’ first practice of the week provided the perfect atmosphere for what awaits them on Sunday. The Saskatchewan Roughriders will be ready for them at Mosaic Stadium and so will some typical prairie conditions. Environment Canada is calling for a cold game day, with a forecasted high of minus-10 C, with a low of minus-16 C.

It should make for prime running conditions for both teams. Harris has the benefits of having grown up in Winnipeg, so he knows these playing conditions and probably a lot worse very well.

“We play in this stuff, we practice in it every day. Those big boys (the offensive line) love the cold weather and I don’t mind it either,” he said.

While Mother Nature helped out on her end, Bombers coach Mike O’Shea made sure that he did his part, too. He had some very loud and very effective artificial noise blaring over the speakers at Investors Group Field through much of the practice to get his players ready for the noise that no doubt will also be waiting for them at Mosaic.

“I think everybody wants to be out in the cold at this time of year,” O’Shea said. “If you’re not, you don’t get to accomplish what we want to accomplish.”

Playing through the noise will be a big part of the Bombers’ recipe for success against the Riders. The new stadium is always loud, but hosting its first-ever playoff game should make it an even tougher atmosphere to play in. It will be toughest on quarterback Matt Nichols and that offensive line, who need to call out plays and read what the defence is doing, respectively.

It was fitting, in that sense, that when the league announced its East and West All-Stars earlier on Wednesday, that three Bombers’ O-linemen — Sukh Chungh, Matthias Goossen and Stanley Bryant — were named to the West team. Of course, the offensive line is the start of it all for any football team. That the Bombers finished the season as the league’s top-scoring offence and allowed Harris to lead the league in rushing tells you a lot.

“Our whole line could be all-stars in my books,” said Harris, also named an all-star.

“We have a great O-line. They take care of me, they take a lot of pride in what they do. Kudos to the three guys that got named and the other two that didn’t, they could easily be there too.”

“They really to me typify and are exactly what you would like your O-line group to be on a team,” O’Shea said.

“They’re as together a group as you will ever find, on and off the field. They certainly hold each other to a pretty high standard in terms of their work ethic, so they’re always putting in time together.

“You won’t find anybody not in the (meeting) room. They stick to a very regimented schedule on how they’re going to do things, even to the point where if one guy’s not going to make a (group) meal on the road for whatever reason, they make a big deal out of it.. It doesn’t happen often. They’re exactly what I want an O-line group to be, to lead this team.”

The Bombers are hoping that they can overcome the elements and the noise to make it past the Western Semi for the first time in three tries under O’Shea’s guidance.

“I think we handled the noise very well,” Nichols said. “I don’t think it affects us as much as you can let it affect you. This group handles it really well.”

There’s a pressure that comes with this current team’s journey, on top of the franchise’s 27-year Grey Cup drought. They feel confident about their ability to take that next step, even if they have to go into a tough stadium at a very tough time of the year.

“It’s just you going against 30,000 fans, overcoming that adversity, that environment,” Harris said.

“Everyone’s against you. I’m the kind of player that likes to be the underdog, be the one counted out. In those situations, everyone wants to see you fail and there’s no better feeling than silencing a whole stadium.

“We’ve been talking about it, preaching on this, how tight we are and how we’ve come together this season. Coming through and seeing it through..is one thing we have to do this week.”