Weekly Predictor: Riders with the edge in heated rivalry? 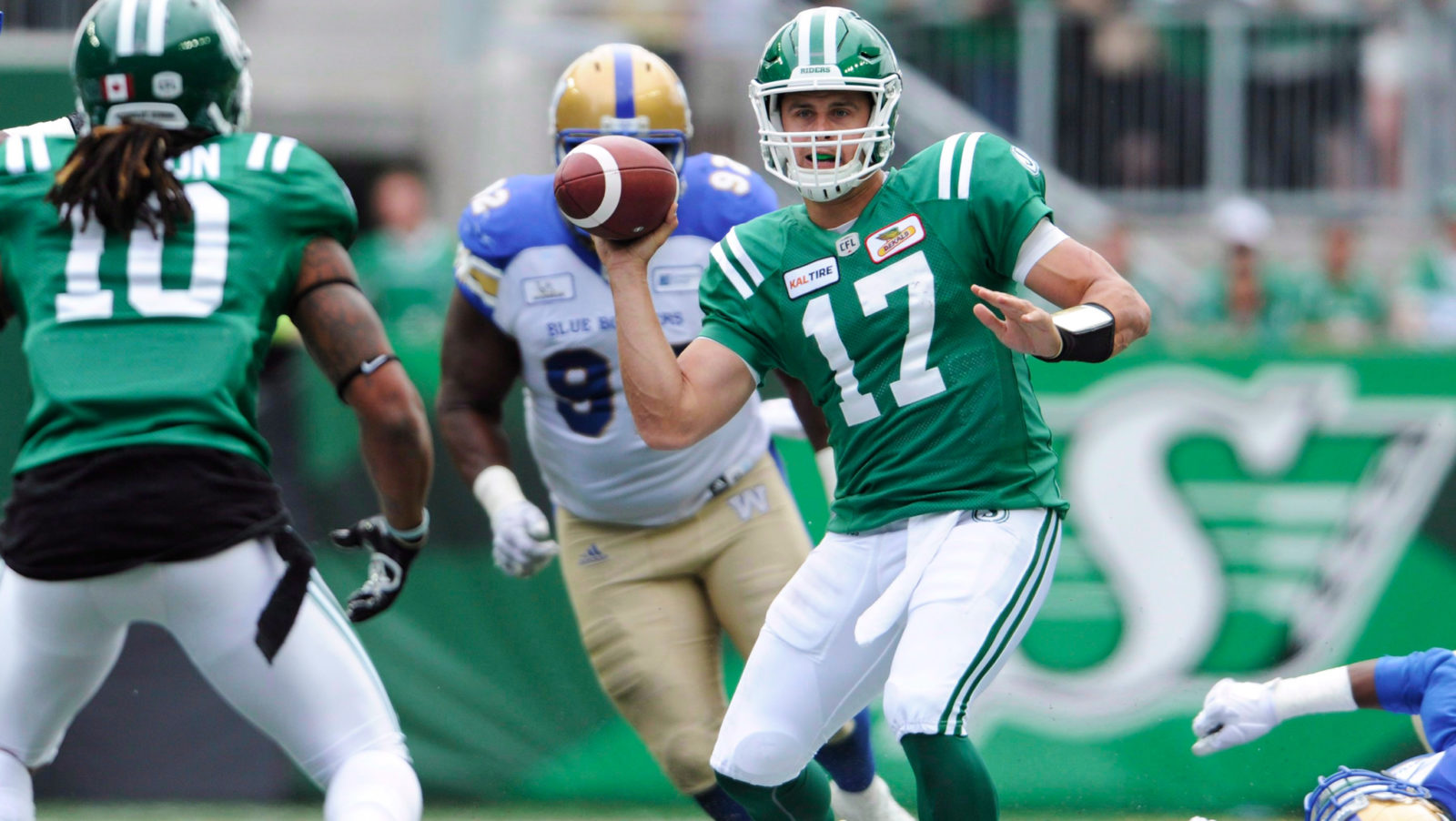 Weekly Predictor: Riders with the edge in heated rivalry?

It’s win or go home for all four teams this week and they will all be bringing their best on Sunday.

If their last two meetings were any indication, the Lions and Ticats are sure to bring fireworks to Tim Hortons Field.

As for the heated rivalry between the Roughriders and Bombers? You can bet Mosaic Stadium will be rocking.

Total CFL Pick ‘Em is back in 2018 and if you can pick the winners with regularity, you’ll have a chance to win $5,000. *View rules regarding streaks and prizing.

With just two games on tap on Sunday, here are Jamie Nye’s picks for the Division Semi-Finals. 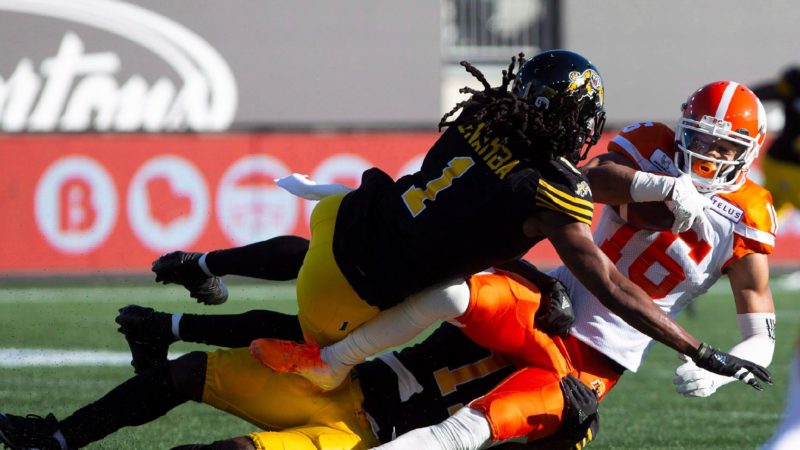 If you would have asked me three weeks ago who wins this game, I would have told you BC. They had turned their season completely around and looked to be rolling into the playoffs.

Then they showed up in Saskatchewan and looked average and looked the same again in their regular season finale. I may be reading into those two games too much because they are an improved team and have the horses now to beat anybody.

However, the last time they were in Hamilton, it didn’t exactly go well. Travis Lulay will have to improve his play to give the Lions a chance and he’ll have to do it against an underrated defence in Hamilton.

Jeremiah Masoli and his new arsenal of receivers have more time to gel and I think June Jones will have a game plan ready and waiting to unleash in the playoffs to show that they can still produce big plays without Brandon Banks.

The two hottest teams in the CFL renew a classic rivalry for the first time since 2007, when the Riders beat the Bombers in the Grey Cup. In fact, it has been too few and far between for these teams to face each other in the playoffs as this game has the feeling of the Labour Day Classic but with so much more to play for.

That weekend is a fun one to say so long to summer and get the stretch run started, but to have a do or die between these teams is going to be high emotion and LOUD at Mosaic Stadium. It’s also the first playoff game in the new stadium.

These two teams have similar styles with not a lot of passing yards, a great ground game and both have very good defences that can create turnovers. The Bombers offence has scored plenty more than the Riders this season so the Riders defence is going to have to be their usual game-changing selves on Sunday.

The Bombers will need Andrew Harris to control the game and wear down that defence, with Matt Nichols being able to protect the football.

I think this is a game that could come down right to the final minute but I do feel the emotional high the Riders play with at home is going to be the difference. 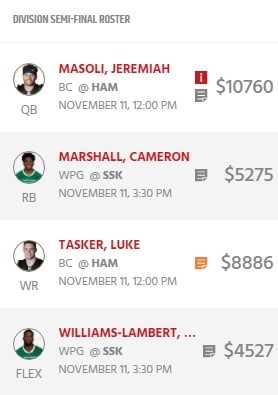 QUARTERBACK – Jeremiah Masoli – I think Masoli can find his 300-yard form again and also I think he can use his legs to get out of the pocket and maybe add some yards on the ground as a bonus. Overall, I think Masoli is worth the investment when you can find more value from the other three starters this weekend. I think he’s set up to have the biggest game.

RUNNING BACK – Cameron Marshall – Marshall has been very good and very reliable for the Riders in the final two games of the season and his pass blocking has the trust of the coaches. With Tre Mason’s injury, I think this is Marshall’s opportunity to run wild in the playoffs.

RECEIVER / FLEX – Luke Tasker / Jordan Williams-Lambert – If Masoli is going to have a big day, he’s going to need his most reliable target to perform as well. Tasker is the best route running on the field most days and the trust built with Masoli could see a lot of targets coming his way. Jordan Williams-Lambert is the Riders top rookie but he’s mature beyond his years and with Naaman Roosevelt looking ready to return it should mean more room out there for the rookie to continue his chemistry with Zach Collaros.