The Weekly Say: Who should be the Grey Cup favourite? 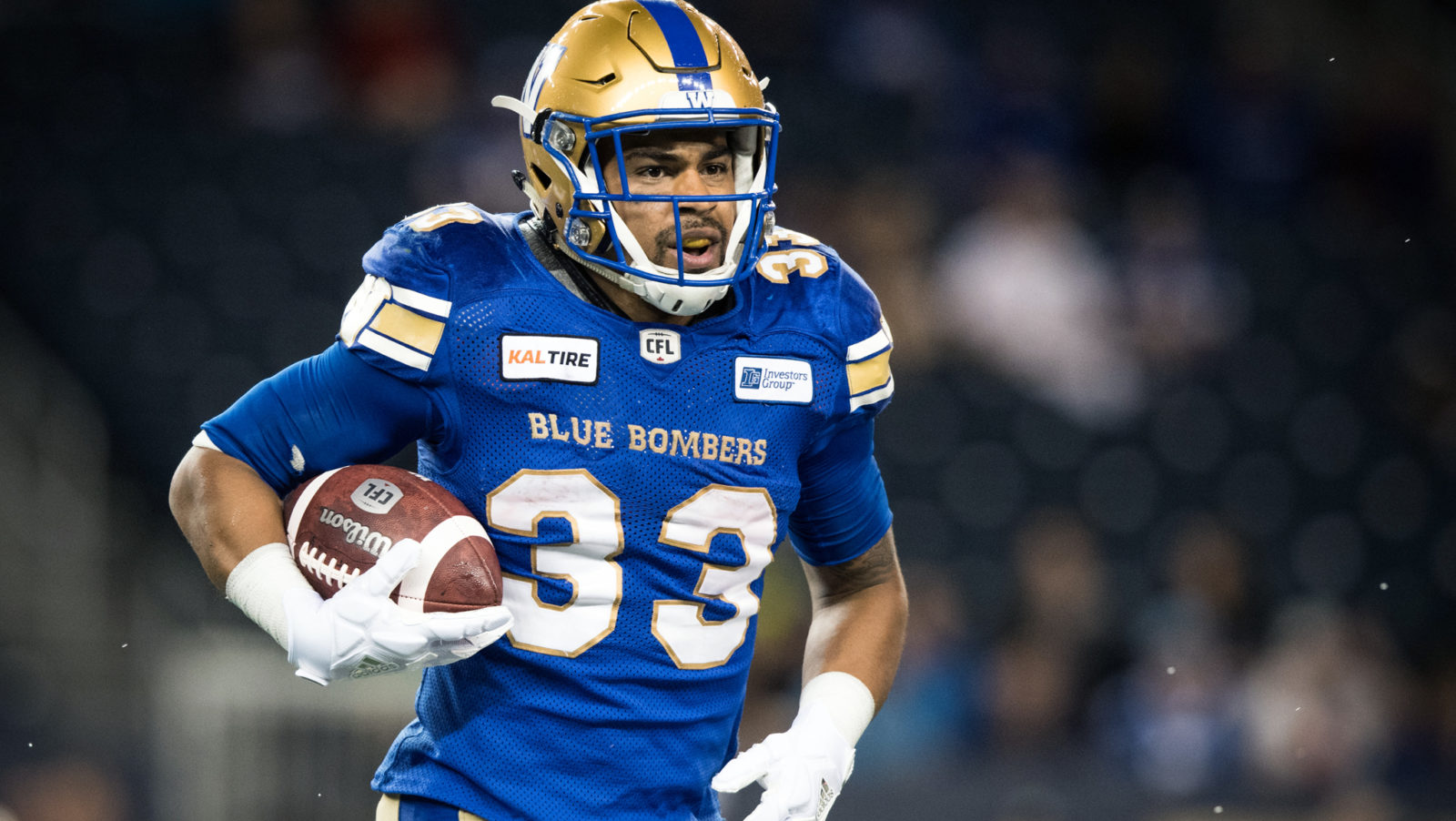 The Weekly Say: Who should be the Grey Cup favourite?

TORONTO — After a season-ending victory to narrowly clinch the West, Stamps coach Dave Dickenson said his Calgary Stampders may just be the underdog the next time they take the field on Nov. 18.

It’s a difficult notion to fathom, especially after a red-hot start that saw Calgary jump out to 7-0 and eventually 12-2, before sputtering into a surprising three-game losing streak. And, for what it’s worth, the Stamps are still a heavy betting favourite according to Vegas, with Saskatchewan, Ottawa and Winnipeg following.

But with the threat of the Riders and Bombers in the West, and the Ottawa REDBLACKS playing their best football in the East, things aren’t so cut-and-dried. Who should be the Grey Cup favourite?

Who should be considered the odds-on Grey Cup favourite? 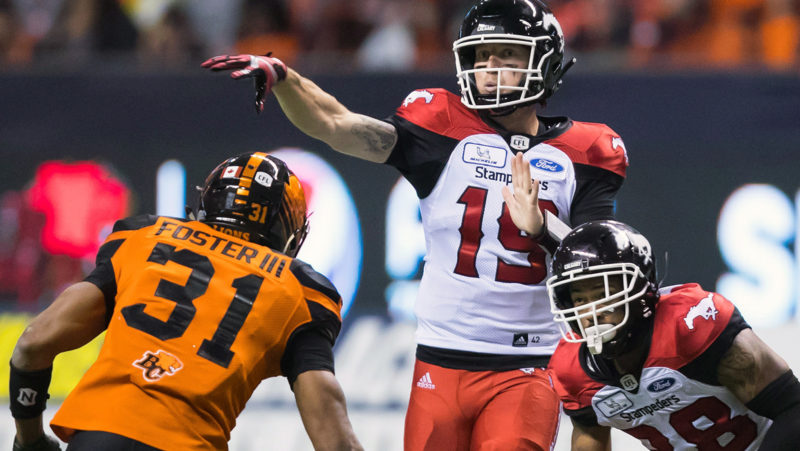 Jim Morris: I’m picking Saskatchewan. I think the Riders have the best defence of any team in the playoffs. If Zach Collaros can find his groove, Saskatchewan can win it all.

Matthew Cauz: Everyone expects me to say Calgary, so I am going another direction and saying Winnipeg. Ignore the final week loss which meant nothing for the Blue Bombers and focus on their impressive five-game winning streak before Week 21. No team scored more points than Winnipeg and only the Stampeders allowed fewer.

Marshall Ferguson: Winnipeg. If they can survive the Regina experience they can beat anyone.

Don Landry: I believe Calgary has the best shot. They showed, on Saturday night, that they still have the ability to get things done in impressive fashion, even with all those injuries. The bye is huge for them and I think they’ll emerge from the West, heading into the Grey Cup with an incredible desire to rinse the taste of the last two championship games out of their mouths.

Chris O’Leary: I still think it’s Calgary. They showed a flicker of what they were earlier this season, admittedly against a BC team that played flat, but maybe that’s the spark they needed. Bo Levi Mitchell seemed to rediscover some chemistry with his receivers, the run game was strong and the defence was airtight in the first half. If that team shows up in the playoffs, I think Calgary’s the favourite.

Which playoff storyline is the most intriguing? 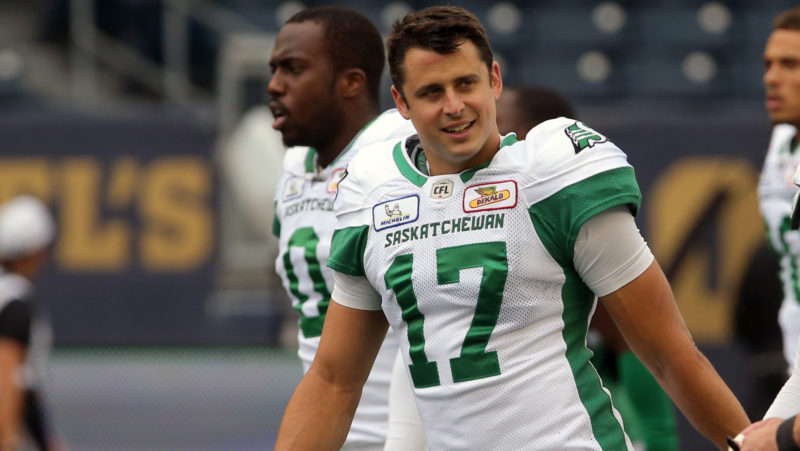 After an up and down season, it’s up to Zach Collaros to quarterback the Riders through the playoffs (Jason Hasltead/CFL.ca)

Landry: The Trevor Harris story intrigues me. He’s been starving for a chance to come out on top in the big games and here’s his chance to show that his good performance down the stretch can be carried on in a playoff game. Two very good games against Hamilton during October, with first place on the line, definitely quieted the “yeah, but” critics a little. Can Harris silence them completely with a big Eastern Final showing?

O’Leary: The powerhouse teams are in the West and only one of them is coming out. That’s simple, but given how this season has gone, any of the matchups in the West could feel like a Grey Cup game.

Ferguson: Can Bo finally get over the hump, and will it happen in an all-West Grey Cup for the first time ever?

Cauz: Can a 12-win Saskatchewan Roughrider team, who’s won 12 games but only outscored their opponents by six points, continue their formula for winning which includes lots of return touchdowns and not a great deal of passing touchdowns.

Nye: Zach Collaros, Jeremiah Masoli, Trevor Harris and Matt Nichols. I feel all these quarterbacks still have something to prove. They’ll always be the question on whether they can lead a team to a title. They’re all 30 or over, right around the time a quarterback comes of age. Someone has the opportunity to shut up the critics.

Morris: The lack of consistency at quarterback for all the teams. You can argue Calgary’s Bo Levi Mitchell has struggled to adapt to new receivers. For the rest of the teams, you can never be sure if the offence will fire on all cylinders or be shooting blanks.

Who is the ‘unlikely hero’ of this year’s post-season? 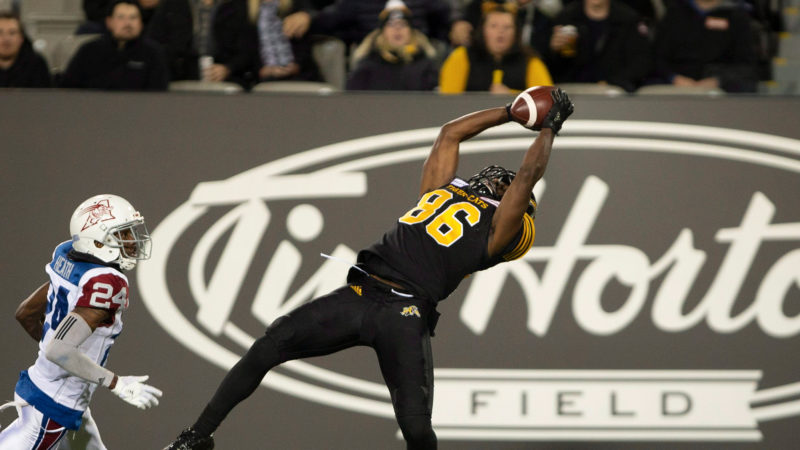 Nye: Cameron Marshall. If the Riders are going to do damage, they could do it along the ground, and with three games this season Marshall has quietly made a big contribution to the Riders to end the season. I think a big playoffs could be on the horizon for the Riders running back.

O’Leary: Bakari Grant. A late addition to the team and part of something of a written-off group of replacements for the Stamps’ top receivers, he’s the perfect candidate for a big play in a high stakes game.

Cauz: John White. With the Tiger-Cats losing All-Star receivers at an alarming rate they’re going to need rely on the running game. In his last four games White has been averaging 14 carries a game. That could go up starting this weekend against the Lions.

Morris: I think the Riders’ Kyran Moore will make a difference with some huge punt return.

Ferguson: Ticats slotback Bralon Addison,.If the Ticats want to replace Brandon Banks‘ targets he might be their best chance.