Checking Down: All systems go on The Breaux Show 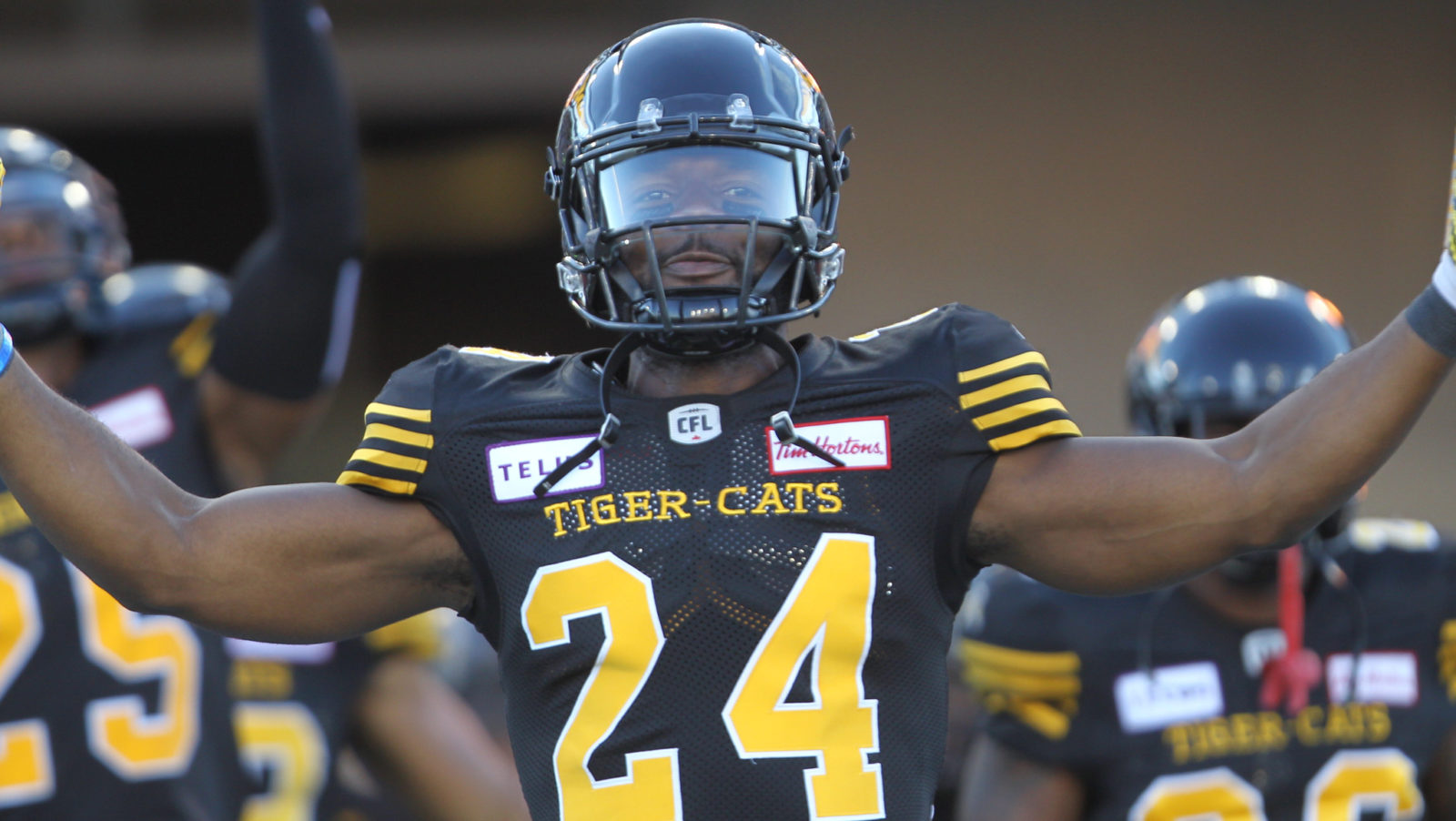 Checking Down: All systems go on The Breaux Show

TORONTO — After battling knee issues for three weeks now, Hamilton’s Delvin Breaux is set to return and be ready to go in time for the Tiger-Cats home playoff date against the BC Lions on Sunday.

The non-playoff teams have also kept themselves busy this week, despite not having a game to prepare for. As the Toronto Argonauts have parted ways with Marc Trestman a year after winning the franchises’ 17th Grey Cup, both Edmonton and Montreal have voiced their commitment to their current coaching situations as Jason Maas and Mike Sherman will remain as head coaches in 2019.

It’s been a busy week as the Grey Cup Playoffs get set to kickoff, but also, the league also announced the West and East Division All-Star squads, along with the finalists for individual player awards leading up to the Shaw CFL Awards which will be held during Grey Cup Week in Edmonton later this month.

– According to reports, it is very likely that Solomon Elimimian makes his return and will play for the Lions in Sunday’s Eastern Semi-Final against the Ticats. The Lions’ linebacker has been getting plenty of reps on defence this week at practice. (Farhan Lalji, TSN)

– RB Jeremiah Johnson looks to be receiving more reps at practice this week as reps for Chris Rainey have been reduced. (Lowell Ullrich, TSN 1040)

– Tyrell Sutton says he’s fine after sustaining an injury against Edmonton. Says, “I haven’t been to the playoffs in five years. Ain’t no way I miss this.” (Farhan Lalji, TSN)

– Jason Maas says the decision for his future has been made. He will be back as the head coach of the Edmonton Eskimos in 2019 but is leaning toward handing off offensive coordinator duties. (Dave Campbell, CHED)

– Despite a season-ending injury, Kamar Jorden gets surprised with all-star honours in the talent-rich division. (Danny Austin, Calgary Sun)

– Zach Collaros has been practising with the Riders this week, however, the Roughriders quarterback remains day-to-day. (Ian Hamilton, Riderville.com)

– Chris Jones says the signing of QB Drew Tate was done as a precaution with questions surrounding whether or not Zach Collaros will be ready in time to play Sunday. (Ian Hamilton, Riderville.com)

– The Roughriders’ Jordan Williams-Lambert (Most Outstanding Rookie) and Chris Jones (Coach of the Year) have been named finalists for CFL awards. (Ian Hamilton, Riderville.com)

– HC Mike O’Shea says Marcus Sayles will be fine to play Sunday. As for Jovan Santos-Knox, O’Shea is wanting to give him as much time as possible to be ready for Sunday. Both players didn’t practice with the first-team defence at practice. (Darrin Bauming, TSN 1290)

– Despite wearing a knee brace at practice Wednesday, QB Jeremiah Masoli isn’t concerned about his knee and says it will not affect his mobility on Sunday. The knee brace was eventually taken off during practice. (Matthew Scianitti, TSN)

– ‘The Breaux Show’ is reportedly set to return in time to take on the Lions as the Tiger-Cats defensive back returns from injury. (Steve Milton, Hamilton Spectator)

Argonauts GM Jim Popp says he will not be a candidate for the vacant head coaching position with the Argos, stating the next head coach will likely be someone already working within the CFL, however. (Adam Gagnon, CFL.ca)

– Marc Trestman gets relieved of his duties as Argonauts head coach after finishing the season with a 4-12 record one year after winning the Grey Cup. (Drew Edwards, 3 Down Nation)

– Argos GM Jim Popp says he will not be a candidate for the vacant coaching position with Toronto. Says that the next head coach in Toronto will likely be someone already working within the CFL. (David Naylor, TSN) 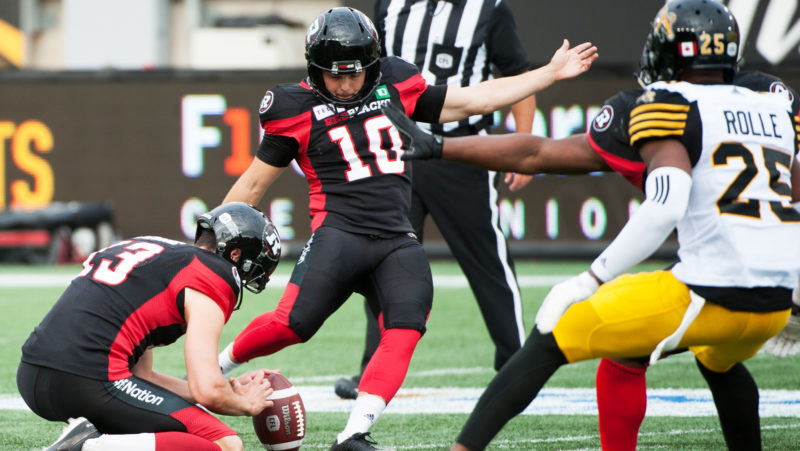 Rookie sensation Lewis Ward kicked his way to be up for two individual awards at the Shaw CFL Awards later this month. (Adam Gagnon, CFL.ca)

– 11 REDBLACKS get selected to the East Division’s All-Star team as team list gets revealed on Wednesday. (Tim Baines, Ottawa Sun)

– Ottawa safety Antoine Pruneau was back at practice on Wednesday after being sidelined for more than a month with a wrist/hand injury. (Tim Baines, Ottawa Sun) 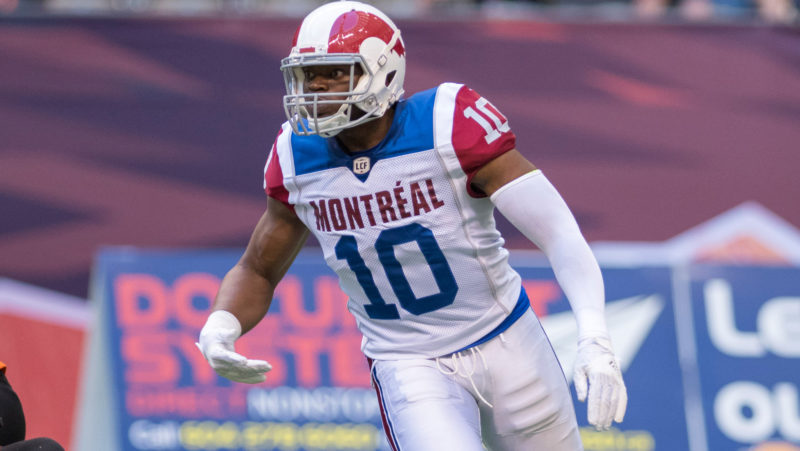 – The Alouettes have announced that GM Kavis Reed and HC Mike Sherman will be back with Montreal for the 2019 season. (David Naylor, TSN)

– Henoc Muamba, John Bowman and Branden Dozier have all been named as East Division All-Stars following the 2018 season. (Alouettes Staff)