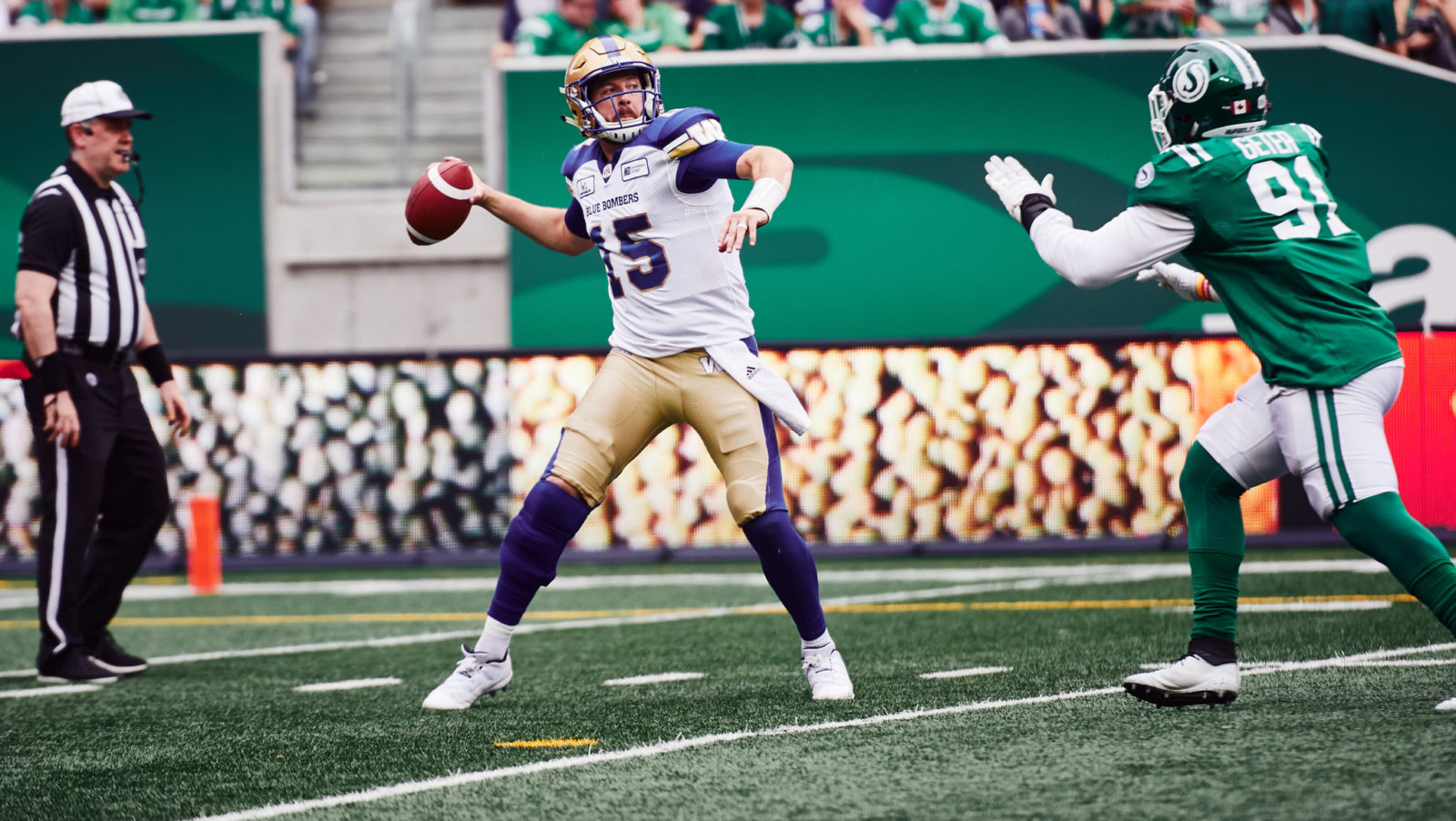 TORONTO — Sunday’s division semi-finals provide quite the contrast, with one of the CFL’s most intense rivalries lining up side-by-side with a rare cross-division matchup.

The road to the 106th Grey Cup presented by Shaw is officially set to begin, starting with a cat fight as the BC Lions make the cross-country trip to Hamilton for a clash with the Ticats. The Lions clawed their way back from a 3-6 start this season to make the playoffs, while the Ticats return to the post-season following a one-year hiatus in 2017.

Neither team has been at its best of late, with the Ticats and Lions on a combined five-game losing streak going into their matchup. The Tabbies were neck and neck with the REDBLACKS for first in the East before being swept in a home-and-home, then lost the finale to Montreal while resting several of their regulars. The Lions closed their campaign with losses to Saskatchewan and Calgary. 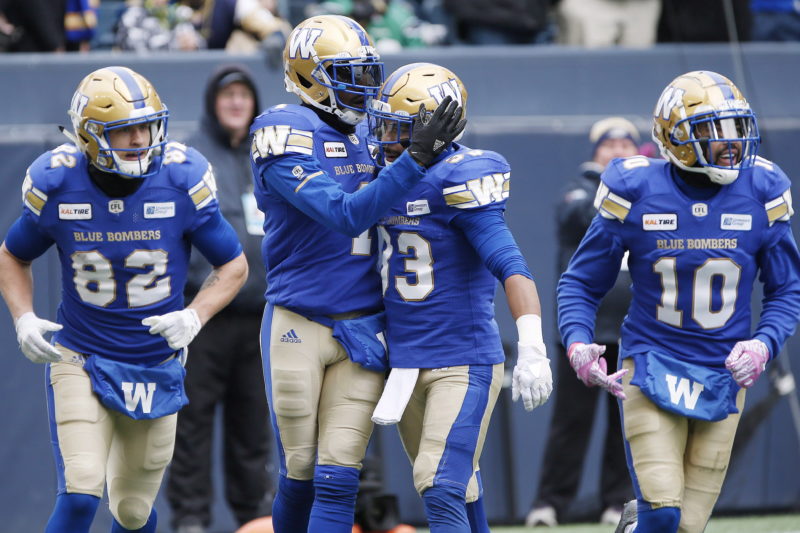 The second half of Sunday’s playoff double-header takes us to Regina, where two of the CFL’s biggest rivals go head-to-head for the fourth time this season. The Riders won two of three regular season matchups, but the Bombers had by far the most decisive victory, winning a 31-0 blowout in the third go.

Sunday’s finale features the league’s stingiest defence against the most opportunistic. The Riders allowed a league-low 317.5 yards per game this season, including a CFL-best 245.8 yards through the air. On the other side, Winnipeg has tied for the league lead with 49 takeaways, leading to a CFL-best 151 points off turnovers.

The final and deciding matchup will commence at 4:30 p.m. ET.

– The BC Lions will try to accomplish something no team has done in league history: win two road games as a crossover team to advance to the Grey Cup.

– Recent history, however, may point to a Lions advantage, considering the last two semi-final crossover games have been won by West Division clubs as Edmonton and Saskatchewan moved on to the Division Finals but lost. Ten previous crossover teams have attempted but failed to make it to the Grey Cup.

– The last time a team won two straight road games, plus a neutral site game, to capture the Grey Cup was the Edmonton Eskimos in 2005. The feat has been accomplished only twice since 1995, with the Lions finishing third in the West and running the table in 2000.

– Winning consecutive road games would require quite a turn of events for the Lions, who enter the post-season with a 2-7 record away from BC Place, the worst road winning percentage of any 2018 playoff team and the lowest by any crossover team since 2002.

– BC isn’t the only team fighting difficult odds in the Grey Cup Playoffs. The Ticats go into the post-season on the heels of three straight losses. The last time a team ended the season on a three-game losing streak and won the semi-final was Hamilton in 2015, rebounding from an 0-3 finish with a 25-22 win over the Toronto Argonauts.

– One single victory makes a significant impact on the Lions’ and Ticats’ Grey Cup odds. At 8-10, the Ticats would tie the worst regular season winning percentage to win a Grey Cup, something only Calgary (2001) and BC (2000) have matched. The Lions, with just one more win, have much improved odds in that regard. At 9-9, their record is exactly the same as Toronto’s 2017 Grey Cup-winning team.

– Travis Lulay and Jonathon Jennings averaged only 208 and 191 yards per start respectively, ninth and 10th in the CFL (Min. 6 starts). Lulay was last (11th) with a 60.1 per cent completion rate but made 24 completions of 30-plus yards however, which on a per game basis (2.0) was second in the CFL.

– Ticats quarterback Jeremiah Masoli was named the East Division’s Most Outstanding Player this week, and will go up against Bo Levi Mitchell for the league-wide honour. He was also named an East Division All-Star.

– Masoli finished second in the league behind Mike Reilly in passing yards but had one less start, averaging 306.4 yards per game, just barely behind Reilly at 309.0 yards per game. Masoli did, however, lead the league in yards per attempt (9.1), 300-plus yard games (12, tied for fourth all-time), and was second in the CFL with an 81.0 QUAR.

– On the other hand, Masoli did throw the most interceptions in the CFL with 18 — however, half of those came on throws of 20 yards or deeper.

– Matt Nichols has a career 1-2 playoff record and oddly LOST his best two starts, but won his poorest (for Edmonton in 2014). Nichols’ 35 completions in the 2017 Western Semi-Final 39-32 loss to Edmonton was a Winnipeg club record and ranked third all-time, just three completions short of the CFL playoff record of 38 (set by Kerwin Bell for Toronto in 1998).

– The Bombers’ No. 1 QB missed the first three games but then started 14 in a row. He failed to finish only one game (Sept. 8 vs. SSK) other than being pulled due to the Bombers being well ahead. Nichols threw for 300-plus yards just once but that came in their crucial playoff-clinching victory over Calgary in his last start. Nichols ended up 9-5 overall and 3-3 on the road.

TOO CLOSE TO CALL

– The Bombers and Riders are almost a mirror image of one another in several key areas, not only in many statistical season-long categories but also in head-to-head play. Winnipeg outscored Saskatchewan 81-63 thanks to a recent 31-0 win, however Saskatchewan took two of the three games. The critical area of second down conversions was a key as Winnipeg held the Riders to just 32 per cent, well below the CFL average of 46 per cent.

– Both clubs also go into the post-season on a 5-1 run. All in all, their method of winning games has been similar.

– The Ticats come into this playoff home game with a 4-5 record at THF, the lowest home winning % of any 2018 playoff team. But it is still better than their 3-6 home record in 2016, their last home playoff game.

– The Lions and Ticats split their season series for the fifth time in six years. Their 2018 season series ended in Hamilton dominance, with the Ticats leading 20-0 after just 12:00 of play and 30-3 at halftime, eventually earning a 40-10 victory.

– The only other playoff meeting between the Ticats and Lions was in the 2009 Eastern Semi-Final, which resulted in a 34-27 overtime win by the BC Lions.

– Hamilton has historically struggled against crossover opponents, going 0-2 against the West as opposed to 3-1 against the East over their last six semi-final home games.

– The Bombers’ offence has been so consistent lately that they have a seven-game streak with at least three TD drives. They were the only CFL club to score at least two TD drives in EVERY game in 2018.

– In eight games in 2018, the Riders’ defensive unit actually had at least as many or more touchdowns than their offence, including their final game of the year vs. BC that clinched a home playoff berth (2 TDs).

– The Riders intercepted Matt Nichols and Chris Streveler eight times in 2018. From those eight INTs, Saskatchewan created 30 of their 63 points (48%) in the three-game season series. Overall, 33 of their 63 points in 2018 vs. the Bombers came off of turnovers.