Second Half Surge: Run game the story for Bombers 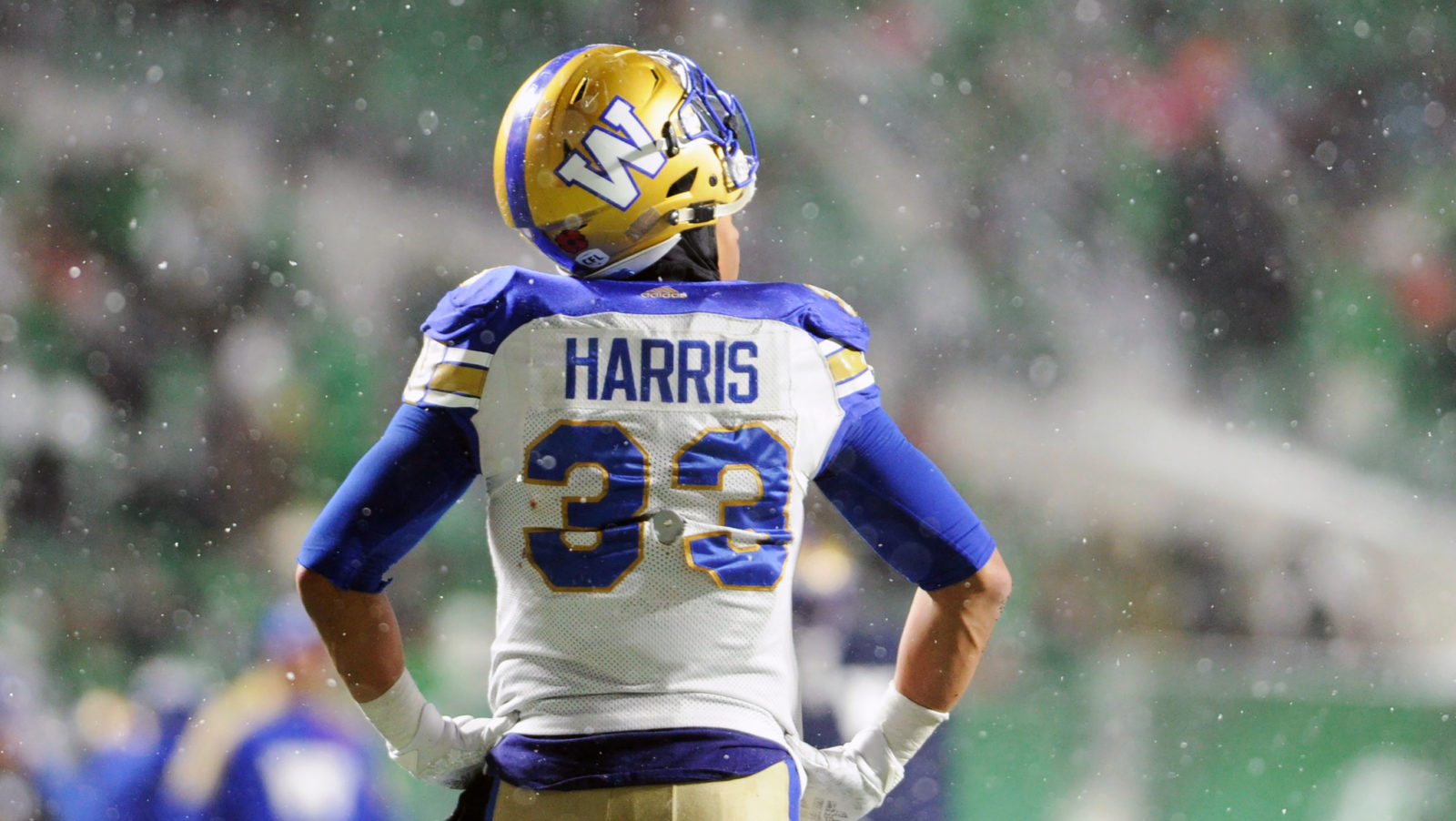 Second Half Surge: Run game the story for Bombers

REGINA — It took until the second half of the Western Semi-Final for the Winnipeg Blue Bombers’ run game to come alive but when it did, it made a major impact at Mosaic Stadium.

Running back Andrew Harris had accumulated just 27 yards on the ground in the first half of the contest. By the end of the night, he had racked up 153 yards and a touchdown on the way to the Bombers first playoff win since 2011.

“I think we just stuck with it,” Andrew Harris said of the second-half rushing surge. “The run game is usually kind of hard to get going and if you can, that’s great, but it’s usually the second half when it really gets going and you start to wear the defence down. I feel like our offensive line thrives in situations when we’re wearing them down.

“That touchdown, I was exhausted and I know that five guys or six guys that were out there blocking out front were exhausted too but they just have that second gear and that love to want to get it done and be successful out there.”

Harris’ touchdown came late in the fourth quarter with the Bombers leading by four points. The 31-year-old’s number was called three times in a row, starting with a 37-yard run followed by one for 14 yards, and then he recovered his own fumble on the goal line for the score to put Winnipeg up 23-12.

“I was about to go reach out for it and it came out,” Harris said, explaining what happened on the play. “The ball was basically laying on the goal line. I felt like I was already across it initially but I basically just grabbed it and put it back over.”

And even though he ended up recovering the ball and scoring, Harris knows he has to have better ball security heading into next week.

“I’ve got to be better in those situations, hands down,” he admitted. “That’s sloppy football and that’s a crucial point in the game. They get that ball, in that situation, they drive and score and it could be a different outcome right now. I understand that and I’ve got to tighten up.”

With Sunday night’s 23-18 win over the Roughriders in the rear view mirror, Winnipeg now sets their sights on the Calgary Stampeders in the Western Final. The Stamps have been dangerous throughout the 2018 season and according to head coach Mike O’Shea, his team needs to zone in on the team’s quarterback if they want to find themselves playing in the Grey Cup in Edmonton.

“He’s an unbelievable player,” O’Shea said of Calgary pivot Bo Levi Mitchell. “We have to figure out how to figure him out. That’s not to say that they won’t try to run the ball either. It’s that time of year. I guess we’ll have to look at more tape and come up with a good game plan.”