Tale of the Tape: Ferguson breaks down the Semi-Finals 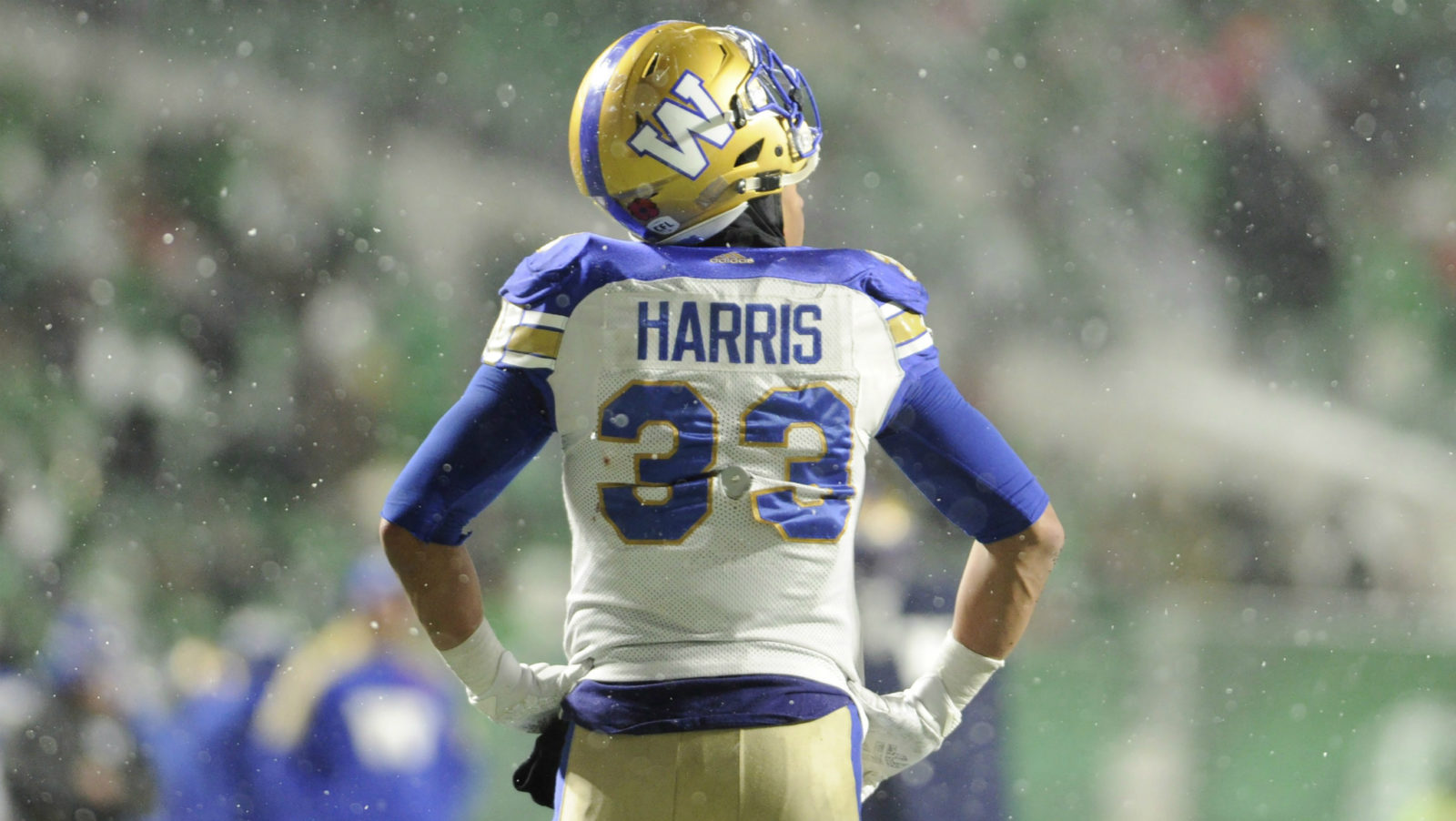 Tale of the Tape: Ferguson breaks down the Semi-Finals

Playoff football, there really isn’t anything like it. Since I began ‘Tale Of The Tape’ here as your weekly recap of the weekend’s action, I’ve highlighted anything from quirky social moments to hardcore X’s and O’s. This week it’s all about the big plays that changed the game for Hamilton and Winnipeg as they advance to their respective division championships this Sunday.

We begin in the East where… WOOO!

When I saw Ric Flair wandering around the Ticats locker room Sunday before kickoff I jokingly looked at my radio partner in Hamilton Mike Morreale and said: “Ticats by 50”.

We laughed. I was almost right. I regret not tweeting it.

Flair added a cartoonish ambience to the proceedings which only a man of his history could. The Ticats fan experience Sunday afternoon was this weird mixture of wrestling nostalgia, Steeltown grit, Polynesian inspired calm and flashy high flying offence.

None of those things should ever really connect, but in Hamilton they have and I can’t look away. Right away, Hamilton got production from Bralon Addison – who I wrote about post-game – on a must have 2nd down and 12.

That might seem like an insignificant play thanks to its timing, but it really did make Hamilton feel as though they were running downhill from the very beginning.

While his first touchdown was a status quo clean route and a perfect throw, the second Tasker major was anything but simple and required a pretty creative spin at the goal line to match the risk defying throw outside by Jeremiah Masoli.

The play barely worked, but that was the case with just about everything for Hamilton Sunday and that is what resulted in the big picture with everything working out.

If Tasker and Addison weren’t enough, then the use of the Ticats Swiss Army knife, national running back turned slotback Sean Thomas-Erlington was. Extra points for the Nature Boy walk and celebration.

Hamilton found a way Sunday to get production from more than just a couple unsung heroes in Thomas-Erlington and Addison. They also turned a little-known rookie return-man from Purdue into a dynamic special teams tackler and route jumping corner

Welcome to the Frankie Williams show.

Hamilton dominated from start to finish Sunday and now have to take that Ric Flair spirit into Ottawa. The odds are stacked against Hamilton in Ottawa, whether it be the Ticats record on the road in playoff games or Ottawa’s 3-0 regular season record against the Ticats but the formula for a Hamilton win is now clearly established.

Run the ball effectively, get production from Addison and Tasker and make a couple big plays on defence. I can’t wait to find out who wins the East Sunday.

Wait, actually, I can wait because the buildup will be incredible.

In the Western Semi-Final, it was Winnipeg and Saskatchewan. I have to admit I was locked into analyzing the East semifinal all week but Chris Walby and the Blue Bombers social team including the writing of Ed Tait set the scene perfectly for this one.

This is US versus THEM.
This is isn’t just the Labour Day Classic or the Banjo Bowl.
This is for Prairie bragging rights.
This is do or die.#ForTheW | #GCPlayoffs pic.twitter.com/IVLwJUUnDq

Zach Collaros was kept out of action Sunday, a huge loss for the Riders but in the grand scheme, not one that I’m sure would have mattered all that much.

Winnipeg was the better team and was really only held back from running away from this one by a phenomenal Riders defence and the conditions.

I loved seeing Brandon Bridge become the first Canadian quarterback to start a playoff game since.. forever, but I refuse to make excuses based on passports for throws like this in the playoffs.

Andrew Harris played the role of Batman, Superman and whatever other superheroes you can think of for the Bombers Sunday while the Winnipeg offensive line dominated the line of scrimmage – especially in the fourth quarter when they needed it the most.

With the threat of Harris established Winnipeg Offensive Coordinator Paul LaPolice was able to get creative in the score zone as shown by this Drew Wolitarksy touchdown catch.

I swear all this guy does is catch touchdowns and I am HERE FOR IT!

After the game, two soundbites jumped out to me. The first was Mike O’Shea talking about how happy he was for the guys in the room. Beating the Riders looked like such an emotional relief for O’Shea when the 4th quarter clock hit 0:00. I can only imagine the smile he had in a quiet moment before speaking to the team Sunday after hearing this quote.

The second quote that jumped off the page for me was Matt Nichols discussing confidence. Nichols was booed by his own fans this year and battled through to put his team in a situation where they control their own destiny heading to Calgary, a place they likely should have won earlier this season if not for Kamar Jorden going crazy.

If Nichols plays with confidence and LaPolice calls a game full of imagination and brute toughness up front the Bombers will represent the West in the Grey Cup. Simple as that for me.

I’m off to Ottawa this week to continue our CFL.ca coverage of the East Division playoffs alongside Davis Sanchez while Chris O’Leary and Brodie Lawson keep you informed from the West.

Only one week until we all meet in Edmonton for Canada’s biggest and best party.

There really is nothing like the Grey Cup playoffs.