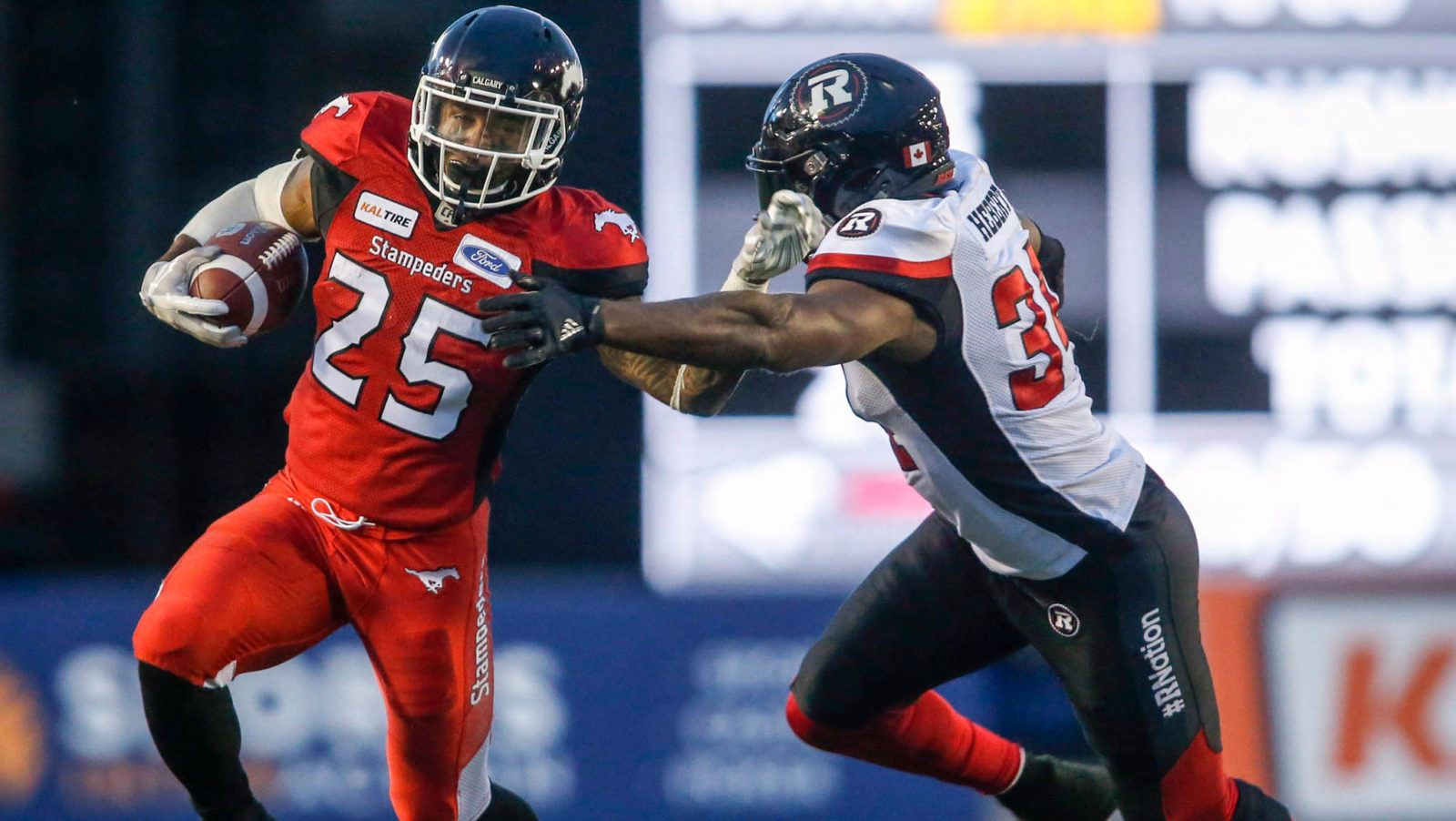 TORONTO — One thing appears to be certain according to CFL Simulation this week, and that’s the Ottawa REDBLACKS appearing to have the edge over the Hamilton Tiger-Cats in advancing to the Grey Cup out of the East Division.

With four teams remaining in the Grey Cup Playoffs, Ottawa holds the largest likelihood of advancing to Edmonton to compete for the right to hoist the championship’s trophy, as CFL Simulation has the REDBLACKS with a 70.58 per cent chance of defeating the Tiger-Cats in the Eastern Final.

However, despite being heavily favoured to make it to the 106th Grey Cup, Ottawa doesn’t have the same fortune of being favoured as the most likely team to be hoisting the trophy over their heads. That title goes to the Winnipeg Blue Bombers, who, although they aren’t favoured in the more likely championship matchup, is favoured as the most likely to win the Grey Cup (34.46%) according to the simulation model. In that series of events, it would be their first championship since 1990 — the league’s longest championship drought

Winnipeg will be needing to get through a tough Calgary Stampeders team before they can even begin to worry about potentially planning their parade route. The Stampeders, after finishing the season with the league’s best record, along with ranking high in multiple team and individual statistical categories, rank in the matchup with the highest odds of occurring. That’s according to the simulation following the Semi-Final round of the playoffs.

RELATED:
» 20 players to watch in the Division Finals
» Who has the edge? Eastern Final | Western Final
» Tale of the Tape: Ferguson breaks down the Semi-Finals
» On to the Next One: Divisional Finals set for next weekend

But Dave Dickenson, coach of the Stampeders, said so himself earlier this week, this is the CFL and anybody can beat anybody, but the answers to these questions will soon be answered, along with just how close the odds were in yet another edition of CFL Simulation.

Let’s take a look at the odds: