Stampeders up for the challenge of potential underdogs 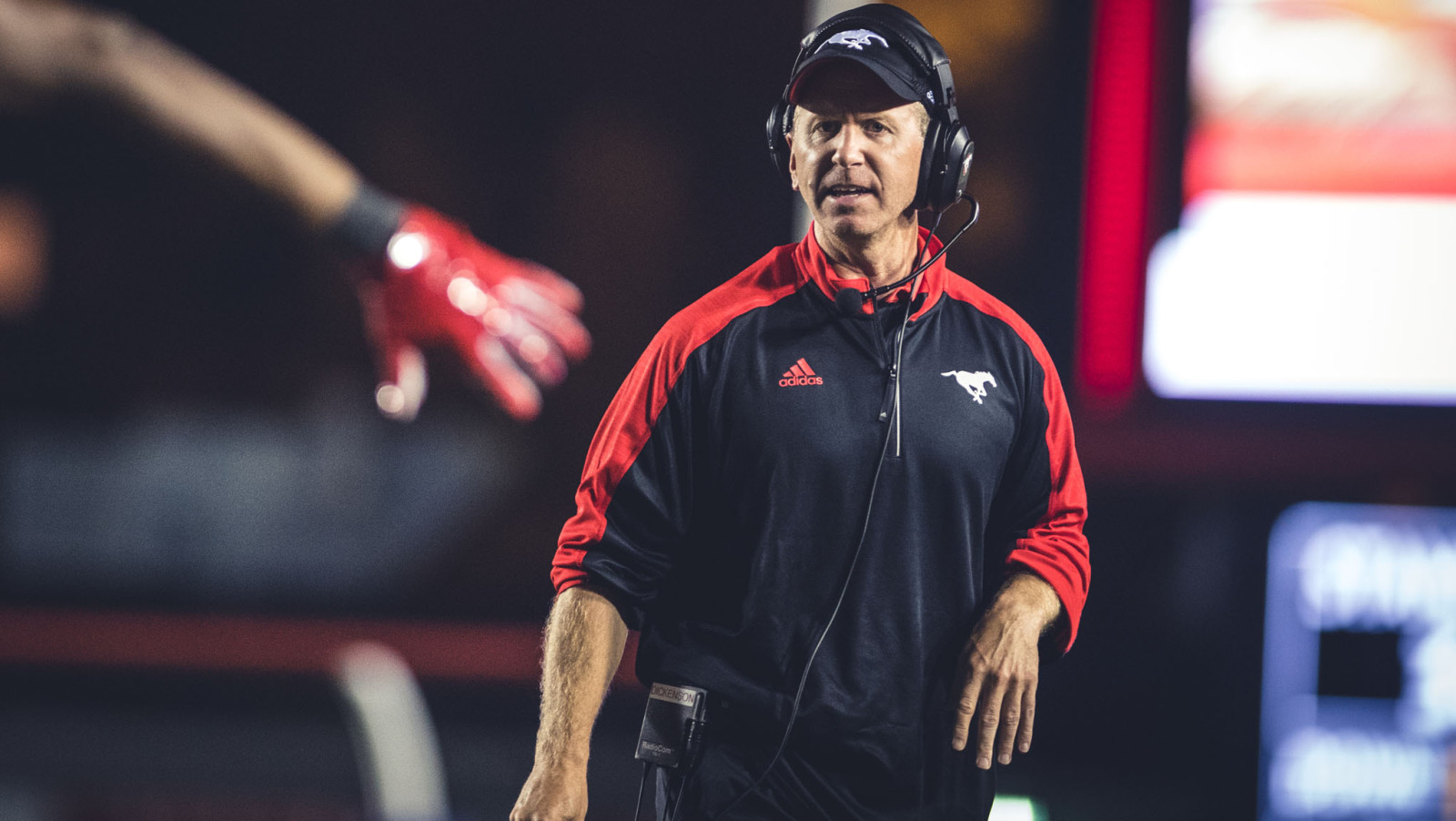 Stampeders up for the challenge of potential underdogs

CALGARY – It wouldn’t be expected that a team that finished the regular season in possession of the league’s best record would be considered the underdog heading into a playoff game, but that’s exactly how Calgary Stampeders head coach Dave Dickenson feels ahead of Sunday’s Western Final.

“I wouldn’t be surprised if we were the underdogs, that’s fine,” Dickenson said on Monday. “If not, then it’s going to be a ‘toss ’em’, pick whoever you want. They’re coming in with momentum. We’ve done this in the past, so a team that comes into our place is always on momentum ’cause they just had the big wins. We understand that.”

After grinding out a win over Saskatchewan in last weekend’s Western Semi-Final, the Winnipeg Blue Bombers carry a cargo bay of momentum into Calgary, with the hope of advancing to their first Grey Cup since 2011.

RELATED: Western Final
» O’Leary: Bombers’ first playoff win since 2011 a necessary step
» On to the Next One: Division Finals set for next weekend
» Buy Western Final Tickets: Blue Bombers at Stampeders

Winnipeg will also be looking to hit the ground running — and by that, their gameplan will more likely than not be designed to utilize the Canadian Express they have in the backfield. Andrew Harris went off against the Riders in last weekend’s Semi-Final, rushing for 153 yards and a touchdown.

“I think they’re an excellent team. (They’re) very well balanced,” Dickenson said. “All three phases are playing well. They’re physical, well-coached, have a lot of skill, a lot of talent — so we’ll have to rise up to the challenge.”

It was a team effort by Winnipeg, with Matt Nichols and Chris Strveler getting their rotation in at the quarterback position, as well as the defence containing Brandon Bridge and the Riders offence all game long.

“You can tell just by looking at the tape, all their guys were 100 per cent in, which we will be as well,” Dickenson stated.

The health-advantage is certainly in favour of the Bombers, as the Stamps still have a rap sheet of injuries to once-starters in their lineup, especially their now depleted receiving corps.

Nonetheless, Bo Levi Mitchell has created a reputation for quickly developing chemistry, regardless of who he has lining up and running routes. That was especially evident in the last game Calgary played of the regular season. Playing the BC Lions in Week 21, Mitchell spread the ball to seven different targets over the course of the game, finishing the game with 278 yards passing and a 26-9 victory.

Calgary will be wanting to piece together a performance much like the one they had against the Lions, especially considering their last meeting with the Bombers didn’t go quite as planned.

“It was a tight game,” Dickenson said. “It was a well-played game last time we were over there. I’d say about eight minutes of the third quarter where we did not play like a quality team and they took advantage of it.”

That quarter which Dickenson speaks of saw Winnipeg rack up 20 points in the 15-minute frame as they went on to win 29-23 in front of their fans at Investors Group Field.

It’s performances like that which may lead Dickenson to think his squad will be entering Sunday’s tilt as the underdog. But as he said, the Stampeders will be ready to go for Sunday and excited to feed off of the energy their hometown fans bring into McMahon Stadium.