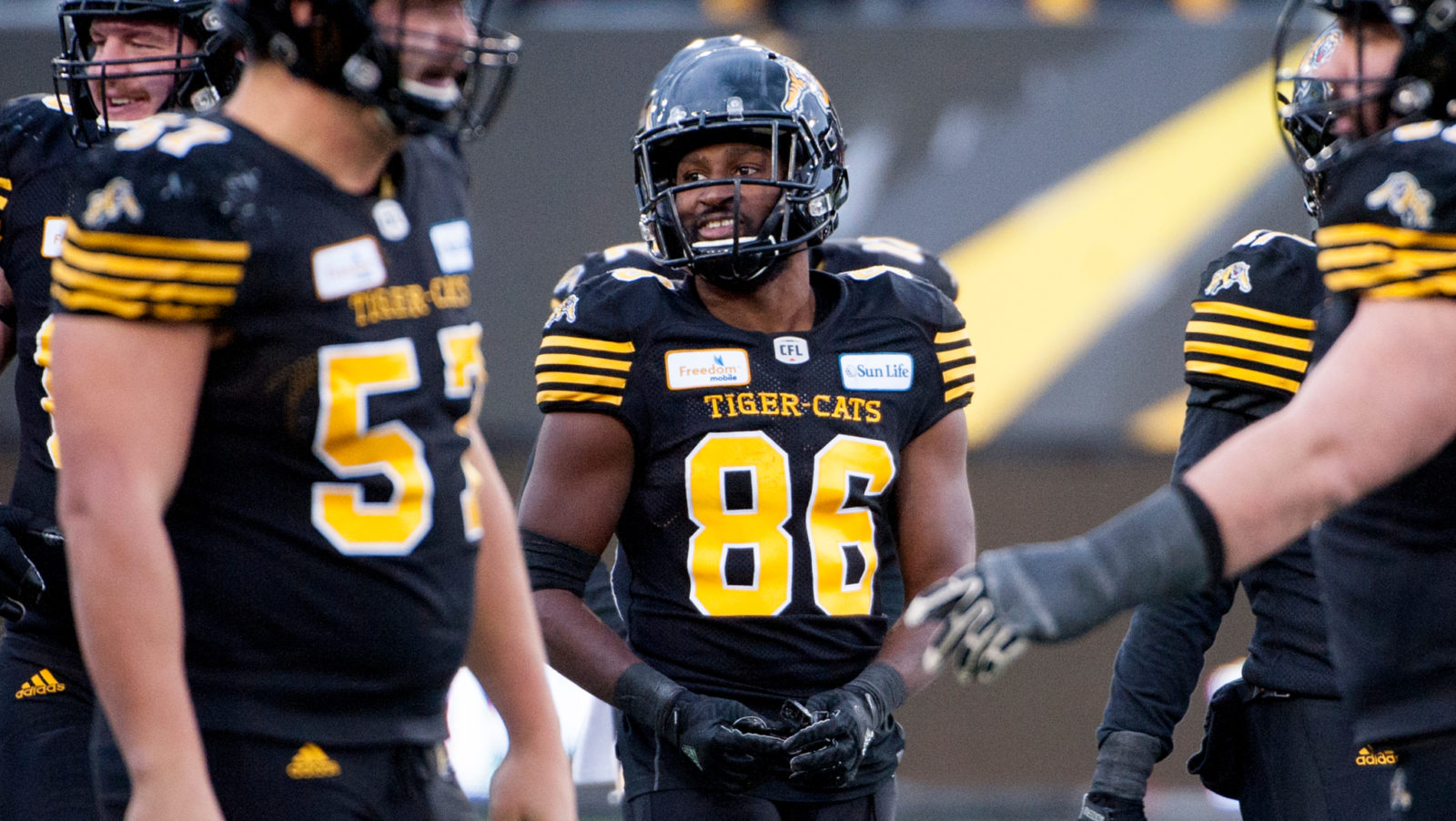 TORONTO — The question has been answered as to who can replace injured receiver Brandon Banks.

Banks’ injury appeared to be a devastating turning point for the Ticats, who would have to continue without the help of the CFL’s most productive and explosive playmaker in 2018.

But as the door loudly slammed shut on Banks’ memorable season, a window quietly opened. It was an opportunity that Bralon Addison just couldn’t pass on.

Play TSN CFL Fantasy in the division finals this weekend for a chance to win $2,000!

With Addison putting up back-to-back weeks of solid production, should we be buying in?

“I am, partly because I think it’s just a solid play and partly it’s because I’m struggling with my salary this week,” said Hannah Nordman. “I’m going to have to save some cash somewhere, and $4,000 for a receiver that can put up 15-plus points? Sure, I’m in”

Nordman joined Pat Steinberg and Jeff Krever on the CFL Fantasy Podcast to discuss some of the strategy heading into the weekend’s playoff games, including the Ticats’ breakout receiver:

You can listen to previous episodes and subscribe on iTunes, Google Play or Spotify.

While there are plenty of contentious debates this week, Addison’s recent play is not one of them. With 100-plus receiving yards in back-to-back games, totaling 12 catches for 227 yards and a touchdown, Addison is CFL Fantasy’s worst-kept secret — his price even spiking from $2,500 to $4,000.

“The options that you have at quarterback and running back, both those positions you’re talking about high prices so you’re almost forced to look for better value buys at receiver and flex,” said Steinberg. “I think Bralon Addison is one of the best ones. You’re looking at him and thinking, he’s had a nice run, he’s fit in nicely, he’s at a nice price. This time around I’m going to put him in.”

“Addison is showing he’s putting up those types of numbers and I’m perfectly comfortable with him being  WR1 or a WR2 because he’s fit into that Brandon Banks spot and he’s put up that production,” added Krever. “It’s a small sample size, and Noel Thorpe’s going to have some ideas to try to slow him down, but if you have to lean on those receivers in the $4-5,000 range, who can you say in that range, that’s not a Brad Sinopoli or Luke Tasker, is safer and has more upside than Bralon Addison? There’s no one.”