Lions deny report that Craig Dickenson could interview with club 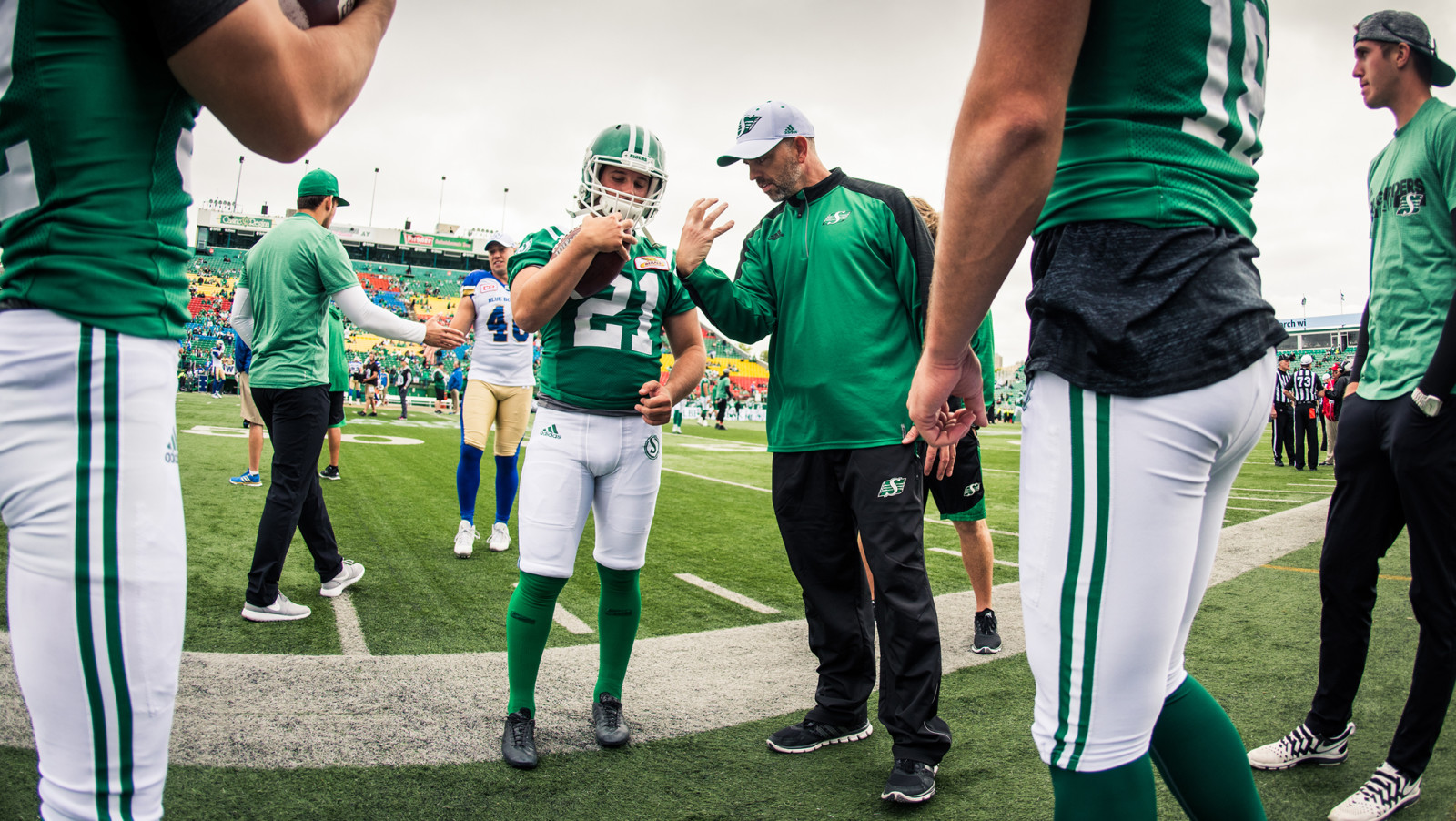 Lions deny report that Craig Dickenson could interview with club

VANCOUVER– Wally Buono has coached his final game and now is the time for the BC Lions to start looking at who their next head coach will be.

Reports earlier Wednesday indicated that the Leos could be interested in special teams guru Craig Dickenson who, according to Justin Dunk, was to interview with the Leos.

The Lions have since denied the report via their PR director.

This ‘report’ is 100% false. Ed said hi/bye to Craig postgame in Regina, nothing else. No interview scheduled. https://t.co/xAKbq6nPJV

Dickenson currently serves as the special teams coordinator in Saskatchewan where he has been in the role since 2016.  Dickenson is a veteran assistant coach in the CFL, starting as a running backs coach in 2002 before taking on special teams duties with the Stampeders, Bombers, Eskimos and Riders.  He also had a brief stint with the NFL’s Oakland Raiders as an Assistant Special Teams Coordinator in 2010.

The Lions are currently in search of just their fourth head coach since 2003.  Buono has held the post for the majority of that time, handing the reigns to Mike Benevides from 2012 to 2014.  The Lions also employed Jeff Tedford for one season before Buono resumed the duties in 2016.