Division Finals Fantasy Recap: Spencer has himself a day 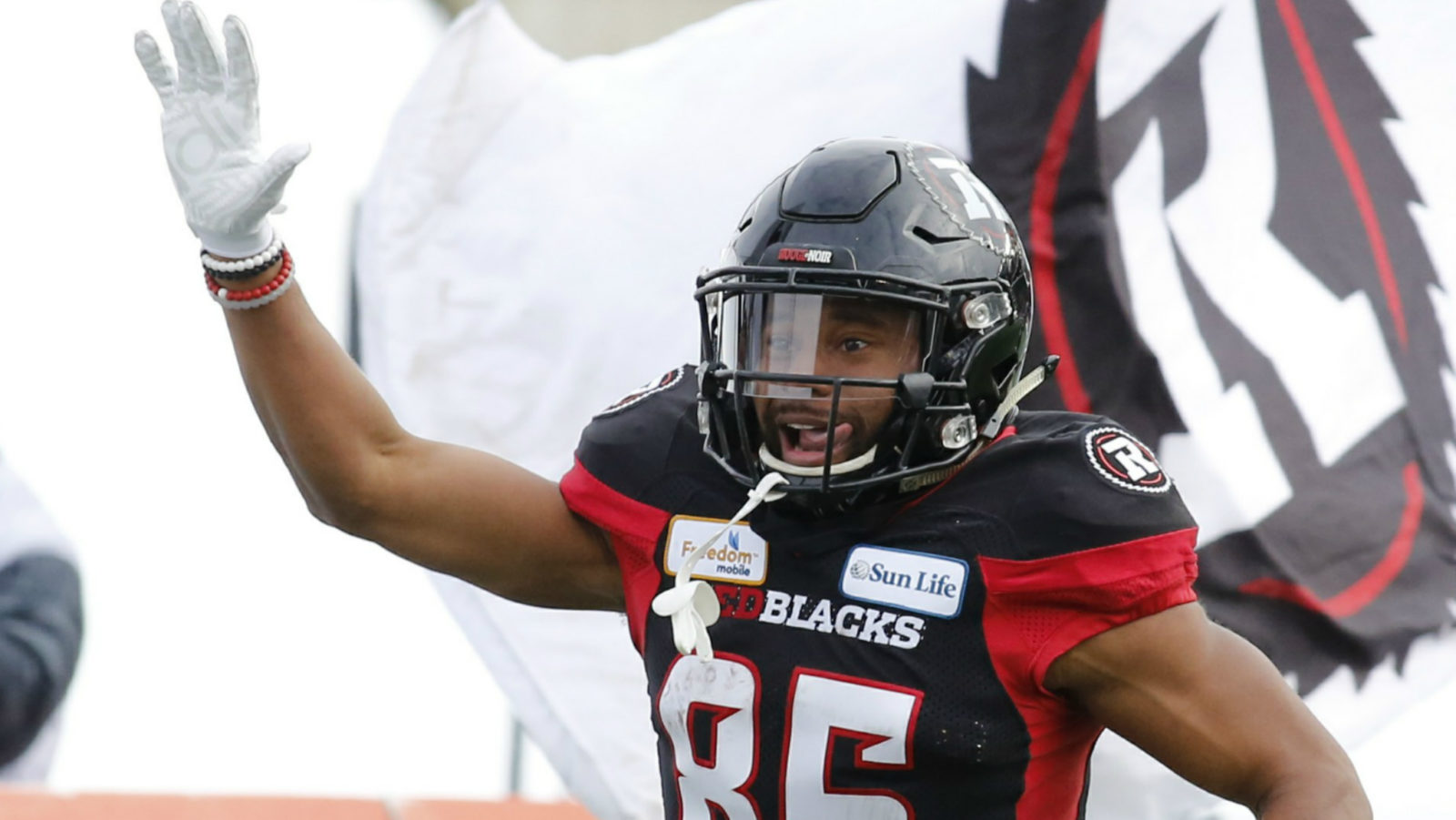 Division Finals Fantasy Recap: Spencer has himself a day

Finals Sunday was all about Ottawa’s Trevor Harris and Calgary’s Eric Rogers, who delivered performances that rewarded many TSN CFL Fantasy Football users who happened to have both in their lineups. Even in defeat, Hamilton’s Bralon Addison put on a performance that will leave a lasting impression, something no Blue Bombers player could do.

Simply the Best: Harris’ performance in the 46-27 win over Hamilton will go down as one of the best—if not the best—playoff game any professional quarterback in North America has ever had. On his way to scoring a Finals Sunday-high 38.7 Fantasy points, Harris completed a staggering 90.6 per cent of his passes while setting a new league record with six touchdown tosses. Five different receivers found their way into the end zone via his right arm as Harris completed 29 passes to 10 different receivers.

Fantasy Analysis: Wow. As time goes on, Harris’ East Final classic will be more appreciated. Ranked sixth in usage (2,704), Harris comes into Sunday’s Grey Cup Final with momentum, but his 0-2 mark against the Stampeders this season resulted in a combined 3.1 Fantasy points with no touchdowns and three interceptions. He’s obviously a much different player than he was earlier in the season, yet those numbers against Calgary will make a lot of Fantasy users pause on installing Harris in their lineups.

RELATED
» WF Analysis: Stamps outlast Bombers in defensive slugfest
» EF Analysis: Harris simply too much for Ticats to overcome
» CFL Simulation: We have ourselves a coin toss
» Sights, Sounds and Social: Division Finals

Two-Man Stampede: Rogers’ three touchdown catches helped him finish with 30.1 Fantasy points, a nice return for the mere 699 Fantasy users who were willing to gamble on him in his first game back from the Injured List. Of course, he didn’t do it alone, as pivot Bo Levi Mitchell was the one finding Rogers in the end zone as he finished with 20.6 FP. Mitchell, who was second only to Winnipeg’s Andrew Harris in usage (4,218), had the sixth-best Fantasy total on Sunday.

Fantasy Analysis: Stacking the pair together on Sunday is possible, but it will also eat up more than half of the $30,000 salary cap. Rogers scored one of his five regular season touchdowns against the REDBLACKS in Week Three while Mitchell threw for three touchdowns on 35 total completions in the two games against Ottawa. Those banking on Mitchell to erase the memories of the past two Grey Cups won’t have a problem rolling with him on Sunday.

Friends of the Best Man: Ottawa’s East All-Star receiving tandem of Greg Ellingson and Diontae Spencer were the biggest beneficiaries of Harris’ record-setting day. Ellingson finished third overall with 28.4 FP following his eight catches for 144 yards and a major. Spencer’s 22.4 Fantasy points placed him fifth. Surprisingly, neither was among the 10 most-used players, as Ellingson (1,591) was 15th and Spencer wound up 22nd (621).

Fantasy Analysis: Their Fantasy fate on Sunday hinges on whether Harris can exorcise his Calgary demons, although Spencer’s return skills can add extra FP to his total. Those looking at history will find it risky to invest in either receiver, but both will be locks to be among the top five or seven in the Grey Cup position rankings.

Winnipeg Blue: Andrew Harris was one of only two Bombers to have at least 10 Fantasy points, as he put up a team-best 12 FP. Teammate Darvin Adams had 11.4 on an afternoon where the Blue Bombers failed to find the end zone.

Fantasy Analysis: Harris ran for a respectable 71 yards, yet only managed only nine yards on his four receptions. Adams had one of the team’s two completions of better than 20 yards. Both will return next season among the top Fantasy options at their respective positions, but Bombers fans will spend all winter wondering what would have happened if quarterback Matt Nichols had the right touch on a pass down the middle to a wide-open Harris that just sailed over his head in the second half.

Coming Attractions: Addison caught 12 passes for 129 yards in the Ticats’ loss, completing an impressive three-game run that saw the rookie catch 24 passes for 356 yards and a touchdown. Fantasy users correctly guessed that Addison would see his share of targets from Jeremiah Masoli, as he was third in usage at 3,399.

Fantasy Analysis: He wasn’t Brandon Banks (who is?), yet Addison’s three games makes him a strong candidate to compete for playing time should he return to Hamilton next season. He proved to be a solid option in the slot and could put up even bigger numbers in 2019, making him one to watch for.

Being Picky at Masoli: Hamilton’s East All-Star and Most Outstanding Player finalist had his Grey Cup dreams smashed by the three interceptions he threw on Sunday. Despite the picks, Masoli ended up with a decent 17.8 FP that was bolstered by his 12-yard touchdown run in the closing minutes of play.

Fantasy Analysis: It was indeed a frustrating conclusion to what had been the best season of Masoli’s career. Despite a host of injuries to his receiving corps (Banks, Jalen Saunders, Terrence Toliver, Chris Williams), Masoli still took the Ticats to the brink of a Grey Cup Final. Fantasy users will go into the 2019 season wondering if he can top his remarkable numbers of this year.

Taken to the Matt: Nichols didn’t throw an interception, but he also didn’t account for a touchdown, which is why his 7.2 FP was a disappointment for those who made him the fourth-most used player on Finals Sunday (2,739).

Fantasy Analysis: Nichols’ track record this season against the Stampeders was shaky at best, so it shouldn’t have come as a shock that he would’ve had a hard time against the Calgary defence. The core of the Bombers’ offence will be another year older heading into next season, and Winnipeg fans will wonder how long it will be before Chris Streveler gets his chance to seize the starting pivot job for keeps.