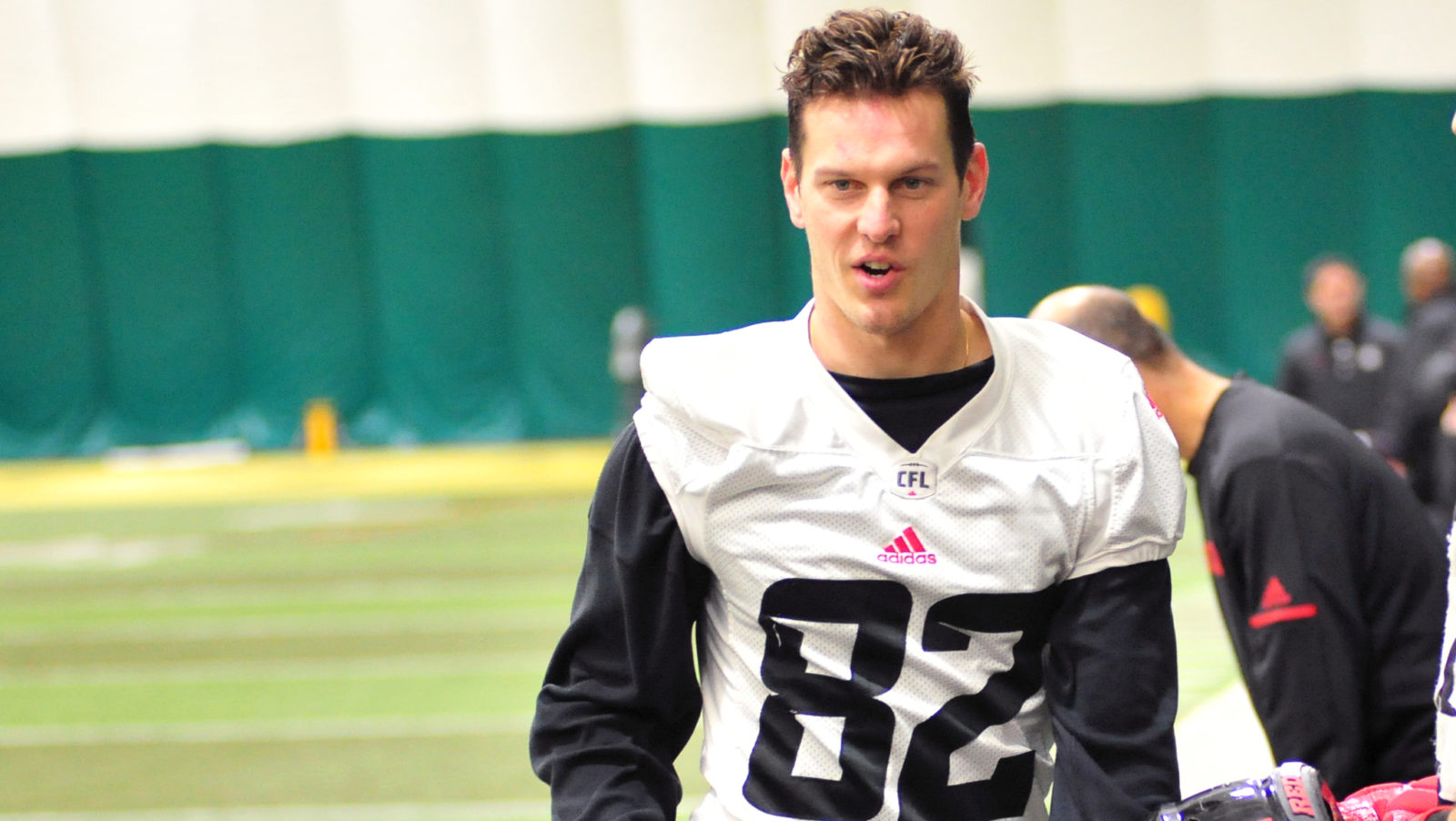 Is it Ottawa’s quick-strike, ball out quickly passing game? Or is it Calgary’s get to the quarterback rushers?

It’s a great match-up to have an eye on this Sunday, when the REDBLACKS and Stampeders meet in the 106th Grey Cup presented by Shaw, at Commonwealth Stadium, in Edmonton.

The REDBLACKS’ passing game was a house on fire in the Eastern Final, with quarterback Trevor Harris firing a playoff record six touchdown passes while accruing 367 yards and a stunning 90.6% completion rate, in a walkover win against Hamilton.

» Head to Head: Who has the edge in the Grey Cup?
» Road to the Grey Cup: Ottawa REDBLACKS
» O’Leary: Harris reflects after false start in 2016 Grey Cup

The Stampeders defensive line, supported by an active linebacking corps, pressured Winnipeg quarterback Matt Nichols in constant and incredibly aggravating fashion on the way to a hard-fought win in the Western Final.

“It’s gonna be tough, they have great players,” said Ottawa’s left tackle, SirVincent Rogers, once again an East All-Star in 2018. “We gotta go in and try to take the fight to ‘em and try to neutralize the line of scrimmage.”

“Their whole defence is pretty well-rounded,” he added, “especially their whole D line.”

Part of the great success of Ottawa’s passing game is the quick read, quick strike abilities of Harris and those were on display in the Eastern Final, as well as a number of other games down the stretch through October.

When receivers like Greg Ellingson, Brad Sinopoli, Diontae Spencer, and the rest run crisp routes and come open early, Harris takes advantage.
That helps Ottawa’s offensive line immensely, cutting down on the time they need to keep defenders at bay.

“There’s a lot to it,” said Harris of his team’s successes in getting the ball out quickly. “It’s not just that it’s (Offensive Coordinator) Jaime Elizondo putting together a great game plan. It’s our receivers being at the right depth, timing. And that’s what makes football so great. It’s the ultimate team game and if we, as twelve people, can operate as one unit, that’s when the magic happens.”

Here’s where it gets interesting, though. There isn’t a better secondary in the CFL than the one the Stampeders possess and that group has been playing sensational football of late as well, tightening the screws with exceptional coverage. If they do it again on Sunday, those hot reads won’t look so juicy, and Harris will have to hold the ball a little longer.

And that does happen more than just occasionally; there are a number of good secondaries in the CFL and it isn’t like the REDBLACKS never go deep by design, so the pass protection has to be good. And Harris thinks his protectors up front do not get enough credit.

“I do feel like our group has been underrated,” he said of the offensive line. “They’ve been extremely good lately. And they’ve been making it very nice” (for him).

When it comes to matching up against the Stampeders – something they did not do very well in a couple of early season losses to Calgary – the REDBLACKS O-line, along with their backs and at times some blocking receivers, will seek to give Harris time to opt for slow developing plays if the quick shots are taken away.

That is a steep hill to climb, against a defensive line that features the likes of all-star Micah Johnson, as well as Ja’Gared Davis, Derek Wiggan and Cordarro Law.

“Each individual has good power moves, they’ve got good speed moves, they work well together as a unit with their twists, and you add the linebackers in on that,” said Mateas. “It’s really gonna take a full and complete game to give us our best shot.”

Johnson, in particular, has been nearly unstoppable lately; actually nearly unstoppable for the entire season, with 15 sacks (when you include his takedown of Nichols last Sunday), coupled with a continual stuffing of the opposition’s rushing game. Rogers might see him a little in this game. Mateas will see him a lot.

“At this level, and anyone that’s pushing to be the best that they can be, you wanna play against the best and Micah’s definitely that player,”
said Mateas. “Gotta make sure to watch film on him and be ready for anything that he can bring.”

“It’s the Grey Cup,” Mateas said, anticipating a geeked up Johnson on Sunday. “We know that he’s gonna be coming out full steam.”

Quick release passes, or slow-developing patterns, Mateas doesn’t worry about how things will shape up. Only that he plays cleanly and effectively for as long as it takes.

“You can’t really think too much about when the ball’s gonna take off,”
he said. “You just wanna be able to fight, from the snap to the whistle.
Hopefully that’ll take care of whether it goes quick, slow, however the play might unfold.”

Quick is good for members of the Ottawa offence but they all know that as quick as they may be, the Stampeders’ D can match that measure with their own.

“We’ve got our hands full,” said Rogers. “We understand that. We accept that challenge and we’re gonna try to go in and neutralize those guys.”

Quick strike vs. speed rush. It will be a very interesting match-up indeed.