Under Centre: 1-on-1 with Sunday’s quarterbacks

Under Centre: 1-on-1 with Sunday’s quarterbacks 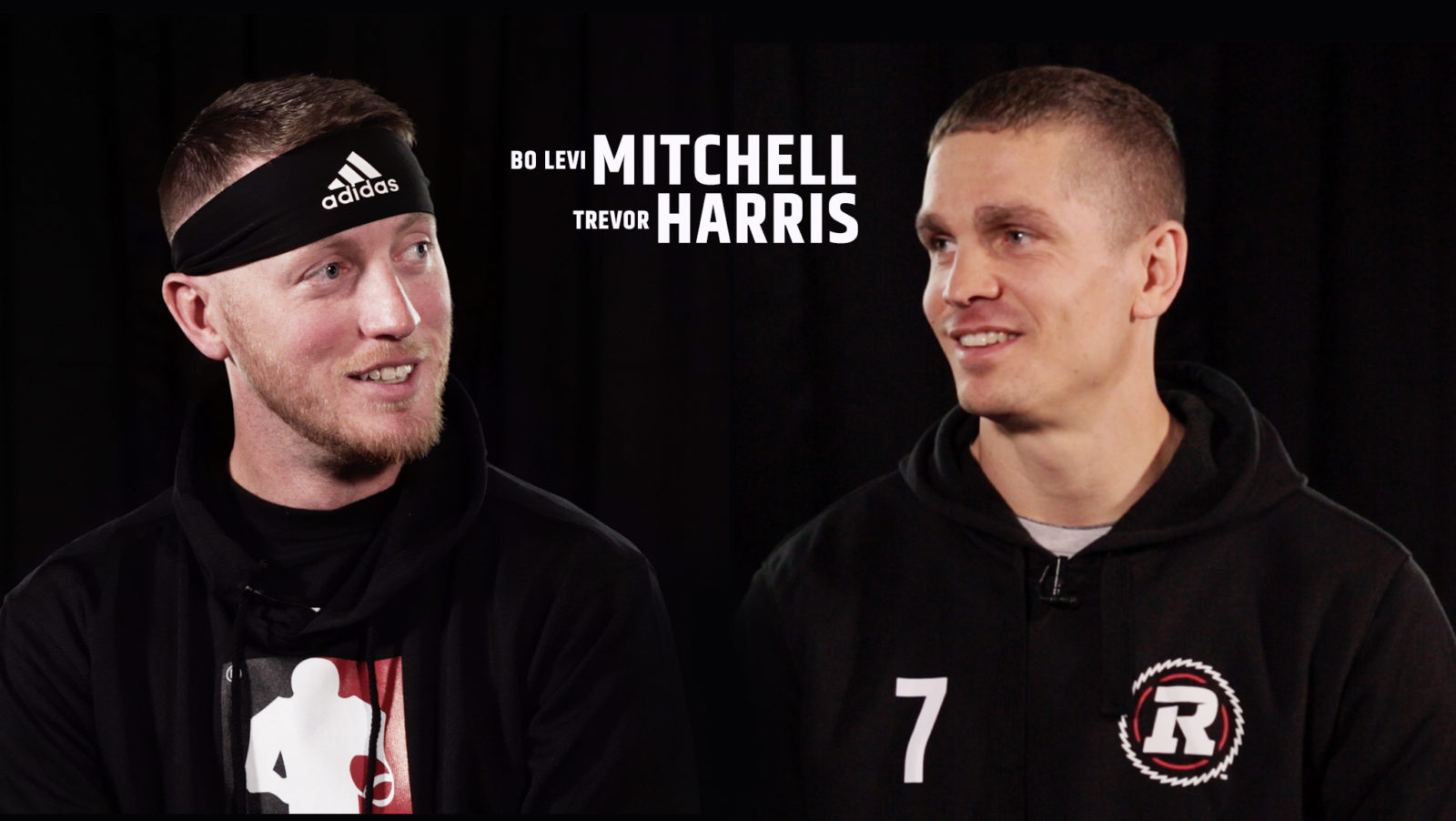 EDMONTON — As the biggest game of the year looms, CFL.ca’s Davis Sanchez sits down for a candid, 1-on-1 interview with Trevor Harris and Bo Levi Mitchell.

Both pivots have an opportunity to add to two very different narratives.  For Harris, this is an opportunity to build off a legendary performance in the Division Final and catapult himself to elite status.  Harris has spent a considerable amount of his career being compared to the likes of those he learned under — Ricky Ray and Henry Burris.  Many have doubted whether he can take the next step in his career and regardless of if you think he is already there or has something to prove, Harris can silence everyone by capturing his third ring, first as a starter.

For Mitchell, at stake is a chance to right the wrongs from a two consecutive losses when a dominant Stampeders squad were handed a loss in the last two iterations of this game.  Some judge his confidence, more revere his commitment to excellence in what many will say is one of the best career runs for a quarterback in decades in the CFL.

Sanchez on Harris: “Trevor seems to have a real quiet confidence about his team and himself entering Sunday’s game. He lights up when talking about what he has to work with under offensive coordinator Jaime Elizondo’s system.”

Sanchez on Mitchell: “Bo has zero doubt the Stamps can perform on the big stage, they did it last year. He does realize that’s not enough this year they gotta finish`..

Harris and Mitchell will compete in the 106th Grey Cup presented by Shaw, Sunday night at The Brick Field at Commonwealth Stadium in Edmonton, Alberta.

Listen on the Go:
Download the latest edition of the Waggle presented by SportClips to listen to the interviews with Harris and Mitchell on the go or stream below!