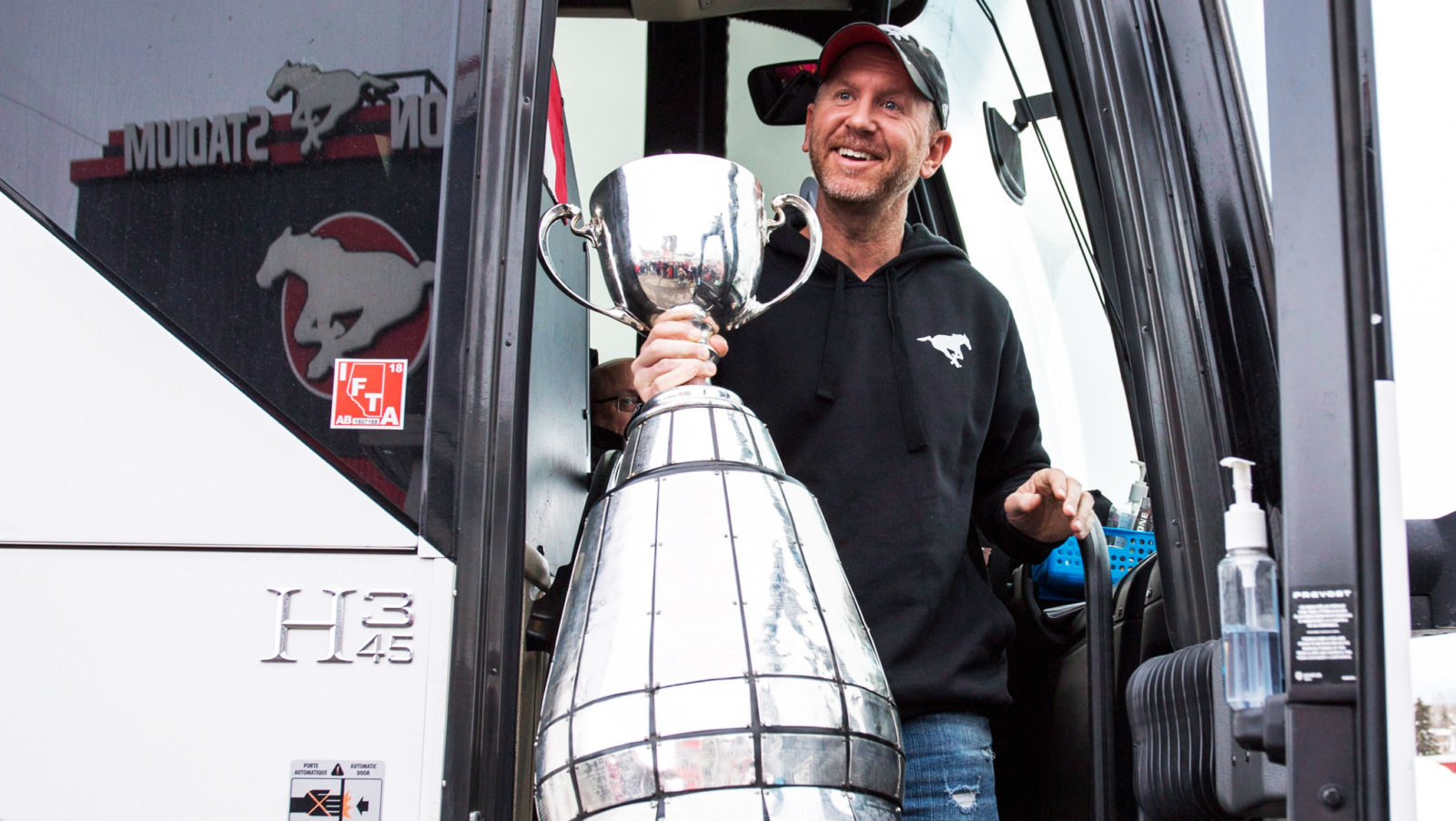 CALGARY — Dave Dickenson and the Calgary Stampeders returned home on Monday, filing one by one off a bus at McMahon Stadium.

The smiles were everywhere, including on the face of the team’s head coach, as the Stamps brought the Grey Cup to Calgary after their victory over the Ottawa REDBLACKS the night before.

The Stampeders were in control for most of the 106th Grey Cup presented by Shaw on their way to a win in their third-straight Grey Cup appearance. Bo Levi Mitchell was named the game’s Most Valuable Player while receiver Lemar Durant took home Most Valuable Canadian honours.

Fans and media alike greeted the 2018 champs at McMahon as the week of celebrations for the red and white continue. The team will celebrate their win at City Hall on Tuesday.