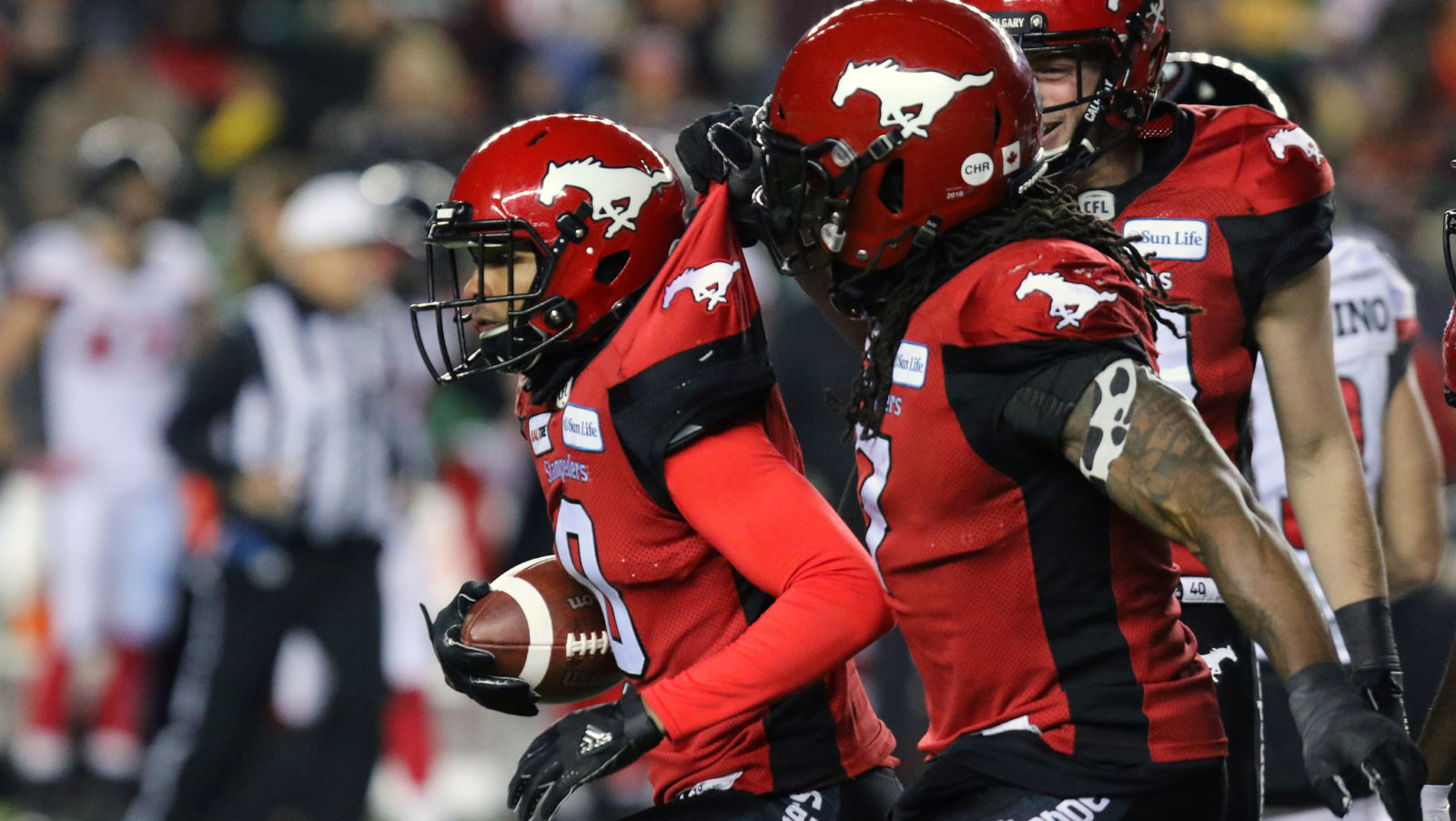 After a day to reflect back on the Calgary Stampeders’ 27-16 “monkey removal off back” victory over the Ottawa REDBLACKS, I think it’s all right to admit it wasn’t the greatest game.

Hey, listen, nothing in life is guaranteed, and we’ve had a great run of thrilling, aesthetically pleasing games with the last stinker dating back to 2013 when Saskatchewan, led by Kory Sheets, absolutely dominated Hamilton, leading 31-6 at the half and ultimately winning 45-23. We’ve had a pretty damn good run with the last four Grey Cups being decided by four, six, six and three points.

In the past four years we’ve seen the coming out party for Bo Levi Mitchell and Mike Reilly; Henry Burris with possibly the greatest single game a CFL quarterback has ever played; and an Argonauts win that will never be duplicated. So we we’re due for a bit of a letdown, which came in the form of so many turnovers, 30 incompletions and not the best footing for the players. The best things you can say were the city of Edmonton was an excellent host, the score was close, no one got seriously hurt and Alessia Cara did a fantastic job.

Having said all that, this Grey Cup is significant for the history of the CFL and there were so many moments that I was grateful/delighted to have witnessed. Let’s start with the most important; Bo Levi Mitchell is your 2018 Grey Cup Most Valuable Player. There is something unfair about the “Can’t win the BIG GAME” narrative that has been hanging over the Calgary quarterback when you remember he won the Grey Cup four years ago! But no one ever said sports are “fair” and the glare of the microscope is always intensified when it comes to the quarterback.

Yes, his last-second interception to Matt Black was a dreadful decision and was a big reason why Calgary lost to Toronto last season, but he had no influence on the 100-yard DeVier Posey touchdown or the Cassius Vaughn 109-yard fumble return touchdown. He was not part of the Stamps defence that allowed Burris to throw for 461 yards and put up five total touchdowns. But it should also be remembered Mitchell threw three interceptions in that Grey Cup. Being a quarterback means when it comes to credit and blame, your life is a wildly swinging pendulum as you go from praise to derision.

Also, it should be remembered that if the REDBLACKS had won on Sunday night then it would not just have been three straight losses for Calgary, but more significantly it would have been a hat trick of defeats when Mitchell’s team was the clear favourite in all three. Say what you want about Jim Kelly and the Buffalo Bills, but in their final three Super Bowl losses they came into those games as the clear underdog.  So when it comes to assessing Mitchell’s legacy, like most things, it would have been complicated if Calgary had lost.

Thankfully that didn’t happen because Mitchell’s legacy deserves to be celebrated. The consistent theme with Calgary in 2018 was the inconsistency at receiver as every week it seemed like another one went down with injury. Yet there was Mitchell at the end of the year leading the league in touchdown passes and cranking out a 5,000-plus yard season. If this was indeed Mitchell’s last game, if he does end up in the NFL, it would have been a shame if his incredible career had ended with another loss in the biggest game. I would have hated if his seven years of accomplishments were surrounded by an asterisk and a whole bunch of “yeah buts.”

On a bigger picture I was happy for the entire Calgary organization that certainly deserved another Grey Cup for their mantle after winning yet another West Division crown. You may hate the Stampeders but you have to tip your cap to a group that consistently wins 13-15 games every year and replaces all-star talent with all-star talent.

On a smaller picture I’m glad that Eric Rogers leaves a victor as his future is in doubt. During a radio interview with Kate Pettersen on the TSN Radio post-game show Rogers alluded that he may be moving on to the next phase of his life. As a selfish CFL fan I hope he comes back to entertain me, but if he is done then I’m happy he gets to leave on such a positive note.

On a personal note I will always be grateful for the Grey Cup as I get to watch the game with my 86-year old father and two of my brothers. He made chili, I brought the wine. The first Grey Cup he went to was in 1944 when the St. Hyacinthe-Donnacona Navy defeated the Hamilton Flying Wildcats 7-6. To put that in perspective, the ticket was 50 cents and the Second World War was still going on. So yeah, my dad has plenty of stories. In the middle of the game he casually mentioned that during his time covering the Olympics in 1972 he had lunch with Jesse Owens! That was almost as shocking as Terry Williams’ punt return touchdown as time was expiring in the second quarter.

So yes, the game could have been better but when I weigh the good with the bad I’m not complaining.