O’Leary: After up and down season, Terry Williams becomes Grey Cup hero 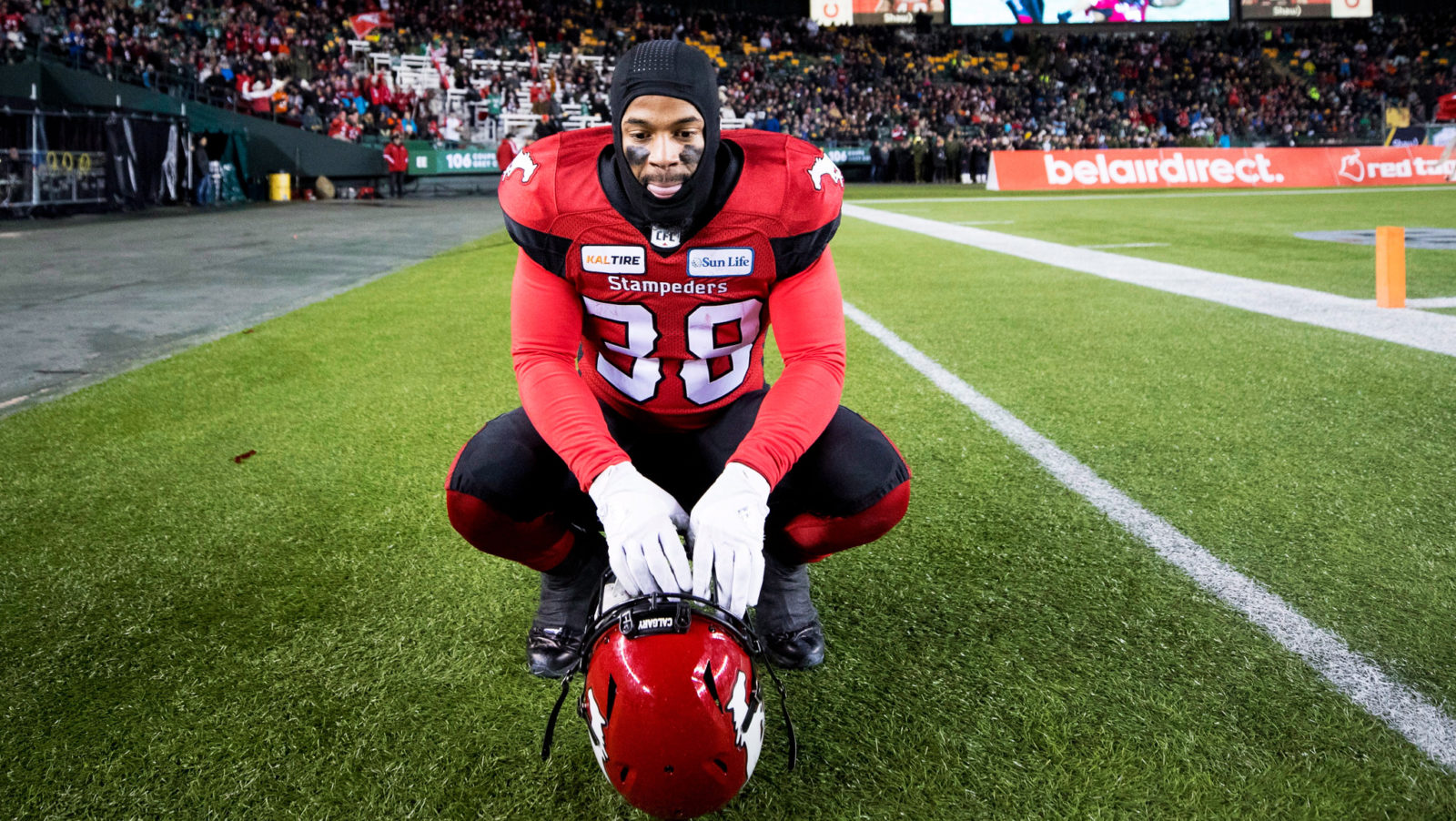 O’Leary: After up and down season, Terry Williams becomes Grey Cup hero

It could be easy to forget under the celebration that unfolded on Sunday night and will carry over into Calgary this week that there was a moment in this year’s Grey Cup game where the Ottawa REDBLACKS had seized the momentum.

National receiver Julian Feoli-Gudino fought his way through a string of Stampeders’ tacklers for an impressive 55-yard touchdown pass from Trevor Harris. Ottawa then made good on a two-point convert, with Harris finding fullback Jean-Christope Beaulieu. Calgary’s 14-3 lead was suddenly much less secure and the Stamps were in a three-point game late in the half.

Football coaches and players all talk about the small handful of plays that will change a game and Ottawa seemed to have just made one. Then with 20 seconds left in the first half, Richie Leone punted to Calgary’s Terry Williams.

“We call him Scary Terry because when that guy is moving at full speed, he is scary,” Grey Cup MVP Bo Levi Mitchell said after the game.

“It was funny because I’m standing next to (special teams coach Mark) Kilam on that play, and (Williams) starts to slip and fall down and Kilam’s like ‘ah, shoot’. Then all of a sudden it’s like, gone. And we knew it right away.”

Williams burst up the sideline for a Grey Cup record 97 yards for the punt return touchdown.

RELATED
» Red Redemption: Stamps race to Grey Cup victory
» Landry’s 5 takeaways from the 106th Grey Cup
» Cauz: Finally, the Stamps get the monkey off their back

“Gotta hit it – that was the biggest thing I needed to do,” Williams told Stampeders.com.

“When I saw that, I was like, ‘I’ve got to outrun everybody’. Coach told me that I’m the fastest person in the league so I just wanted to show that.”

A year after the Stamps were burned for a Grey Cup record touchdown reception by Toronto’s DeVier Posey (100 yards), it was Williams making history, helping his team win the game that managed to slip away from them the previous two years.

“It felt good, I knew my team needed a spark,” Williams said. “Ottawa was battling back and we knew we needed to make something happen, especially before the half to keep the momentum going and keep everybody’s spirits high. That’s all I wanted to do.”

Williams’ name came up in MVP discussions during the game, but voters ultimately settled on Mitchell for that honour.

Williams, 26, took two kick returns for 46 yards and five punt returns for 112 yards. He rushed twice for 16 yards, but most important, put an Ottawa team that stunned them in this game two years ago back in check heading into the locker room.

“Terry man, we give him a hard time in the locker room sometimes, but man, we love that guy,” said Stamps receiver Lamar Durant, who was named the game’s top Canadian.

“He’s one of the most explosive players in the CFL and we know at any minute he can change the game and he did that.”

“He had some injuries, he was dropping the ball and for him to come out and make a play and give us the momentum back, it’s a very special moment for him. It was a team effort and we couldn’t have done it without him.”

Mitchell called the play an absolute sigh of relief.

“Terry, it’s been tough for him this year because he’s had some really, really big plays, and he’s had some plays where things have gotten him off the field a little bit,” Mitchell said.

“He’s done an amazing job just keeping his head. He’s one of those guys we give a lot of crap to in the locker room because he likes to talk a lot and he likes to respond and get back (at you) and everything.

“Honestly, that play right there. We talk about it all the time. Three plays win the game. That’s one of those three plays.”