Decision to step aside a ‘pretty quick, easy’ one for Jones 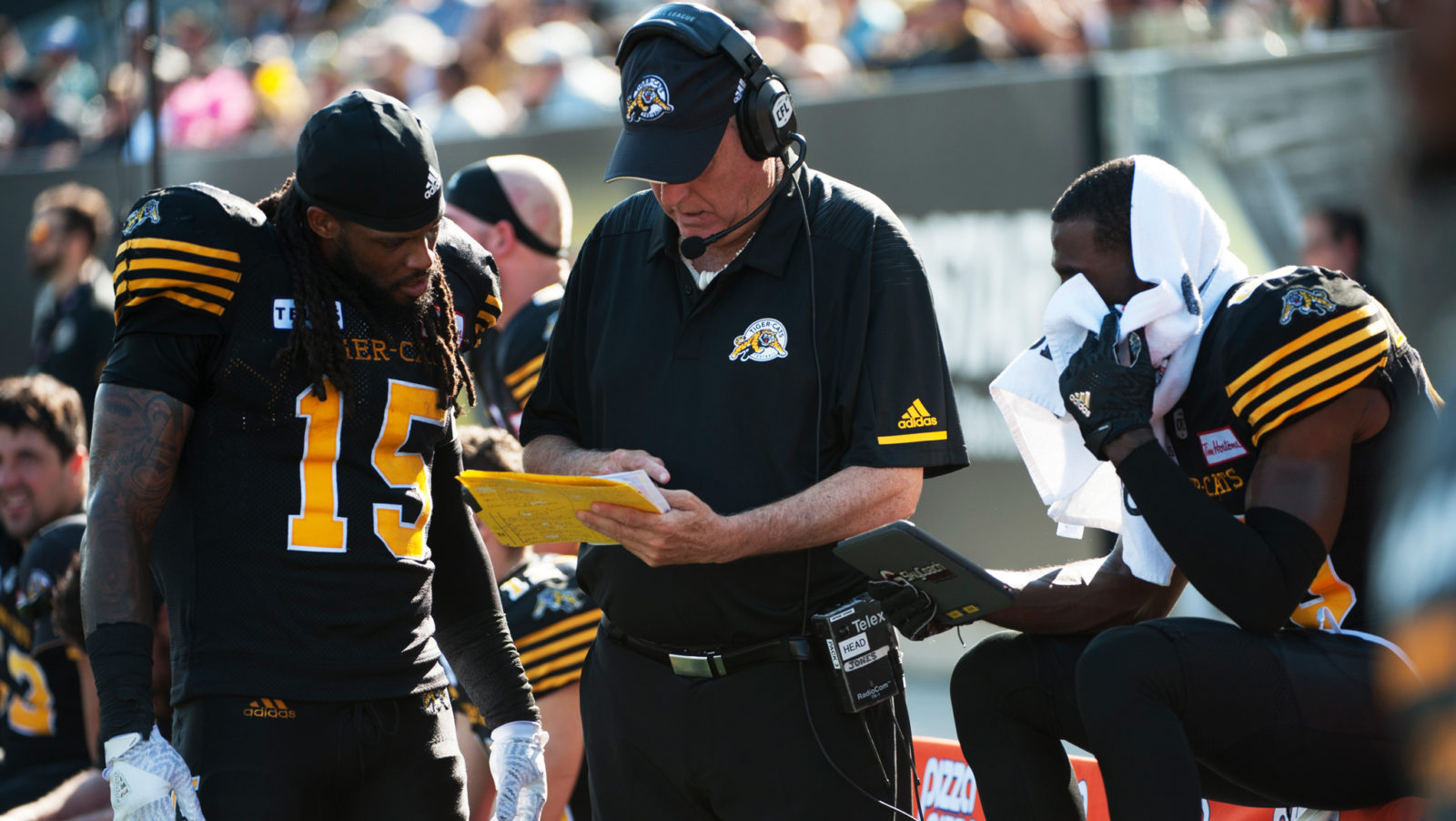 Decision to step aside a ‘pretty quick, easy’ one for Jones

HAMILTON — It wasn’t a difficult decision for June Jones to step aside as the head coach of the Hamilton Tiger-Cats to allow Orlondo Steinauer to take his place.

It was, in fact, an easy one for him to make.

“It was a pretty quick, easy decision for me,” Jones said on a conference call with members of the media on Monday afternoon from his off-season home in Hawaii.

“Since I talked to Orlondo, we talked through the BC situation and the Toronto situation. I know that he believes in this organization in Hamilton.”

With vacancies at the head coach position in both Toronto and BC, the rumours started to swirl about the possibility of Steinauer heading to a new team to become their bench boss.

Jones and the Tiger-Cats organization didn’t want that to happen, however. The team announced on Friday that Steinauer would be returning to the Tiger-Cats in 2019 and on Monday announced that he would be the team’s new head coach starting next season.

Jones talked to both Steinauer and Ticats CEO Scott Mitchell, letting them know that he would be willing to step aside to keep Steinauer in the black and gold.

“Orlondo and I had a conversation,” Jones said. “We talked about those two other jobs (in Toronto and BC). I felt that this was the best opportunity for him to be a Grey Cup champion here faster than anywhere else.”

Jones will return to the Ticats in 2019 as the team’s associate head coach and offensive coordinator. Jones went 14-14 in the 28 games he spent as Hamilton’s bench boss and led the Tabbies to the Eastern Final before their exit from the playoffs.

“Everybody understands what we’re trying to do and that is win,” June said when asked about his decision to step aside. “The ability to maintain the staff and not have disruptions, just like not having disruptions in players which free agency creates that happening many times on the player end. Being able to keep staff intact is important.”

Jones also mentioned that his ability to connect with his players, something that he credits for his success as a coach, is going to stay the same despite his role change within the front office staff.

“The reason that I have success is that I’m involved with the players,” he said.

“Your touch with the players is what wins football games and that’s not going to change with me in any way,” Jones continued. “In fact, everything will stay consistent.”