O’Leary: No choice but to think long term with Steinauer

O’Leary: No choice but to think long term with Steinauer

Their backs weren’t exactly against the wall, but the Hamilton Tiger-Cats saw what was coming and acted quickly to keep Orlondo Steinauer on staff.

With the BC Lions and the Toronto Argonauts showing interest in Steinauer as a head coaching candidate, the Ticats knew they’d have to either match the offers being made or risk losing their prized head-coach-in-waiting to a rival.

So with some selflessness on the part of June Jones, the Ticats were able to end Steinauer’s wait and set themselves up for the foreseeable future with one of the brightest, most ready young head coaches in the league. 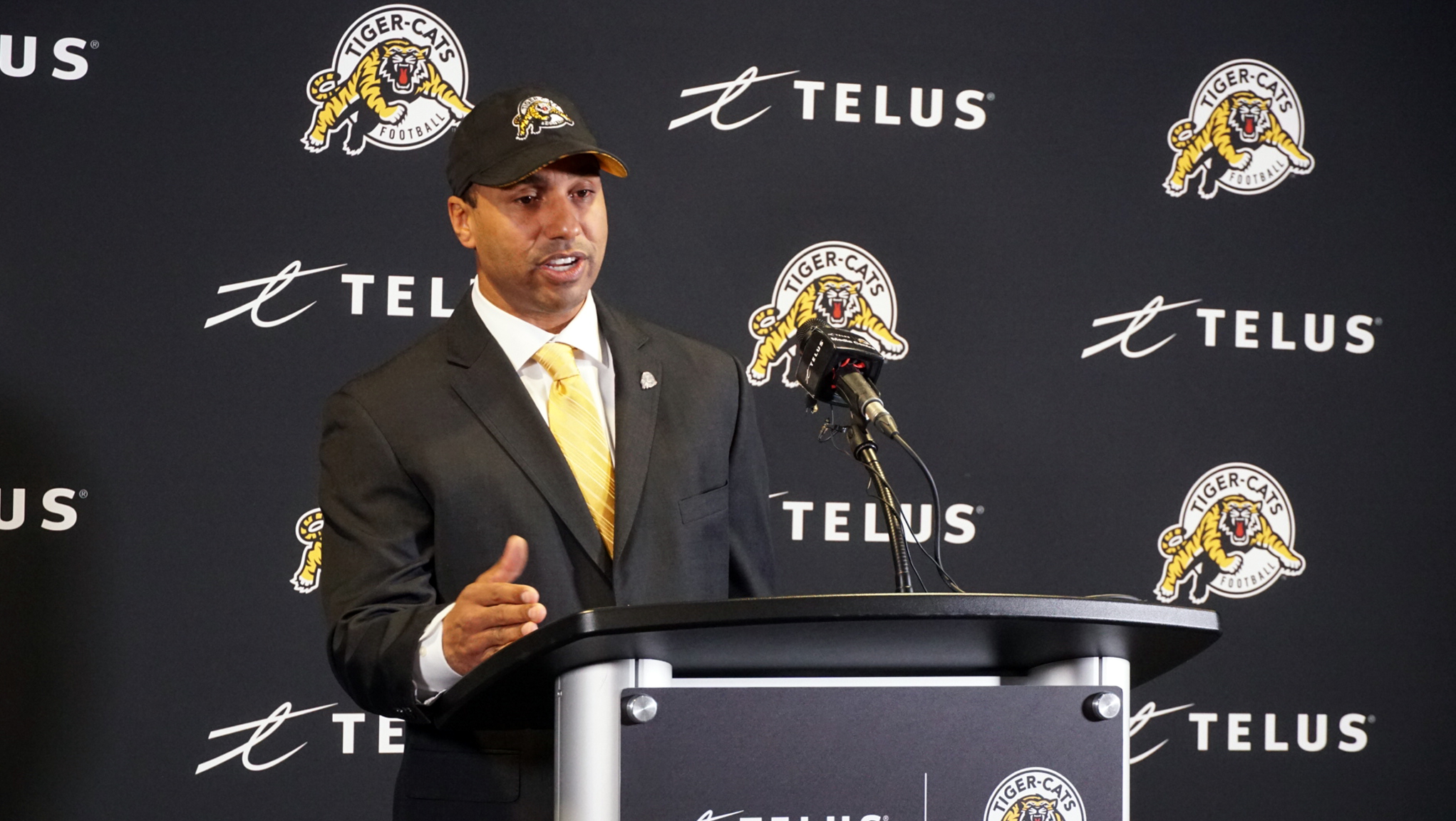 Orlondo Steinauer addresses the media in Hamilton Monday afternoon shortly after being promoted to head coach of the Tiger_Cats (CFL.ca).

“After working closely with Orlondo last season, it was obvious to me that he’s ready to take the next step in his career and become a head coach in the CFL,” Jones said in the press release announcing the move.

“He’s earned this opportunity and the time was now. I made a decision that in order to put our best foot forward and bring a Grey Cup championship back to Hamilton, we needed to keep him here and expand his role. Winning is the most important thing and I’m excited about our great opportunity for success in 2019 with Orlondo returning as head coach.”

With the Lions and Argos asking about Steinauer’s services, the Ticats knew that they had to match the offer or risk losing the coach that they’d groomed to be their guy for the future. So Jones and Steinauer will essentially flip roles for 2019, with Jones’ run-n-shoot offence being his primary focus.

“I want to thank June Jones and the entire Tiger-Cats organization for this opportunity, and believing in me as a man and a football coach,” Steinauer said in the press release.

“I look forward to building a sustainable model of winning throughout the organization, while in pursuit of winning multiple Grey Cups.”

The idea of the defensive-minded Steinauer running the show, with Jones zeroing in on an offence that’s proven tailor-made for the CFL seems like a perfect pairing. There are still questions to be answered on what the rest of the coaching staff will look like. Will Jones’ staff stay on, or will Steinauer look to bring in his own people to work under him? It was a disappointing finish to the Ticats’ 2018 season, but just a week after the Grey Cup game, the team seems to have its ducks in a row and its fans can already start looking forward to 2019.