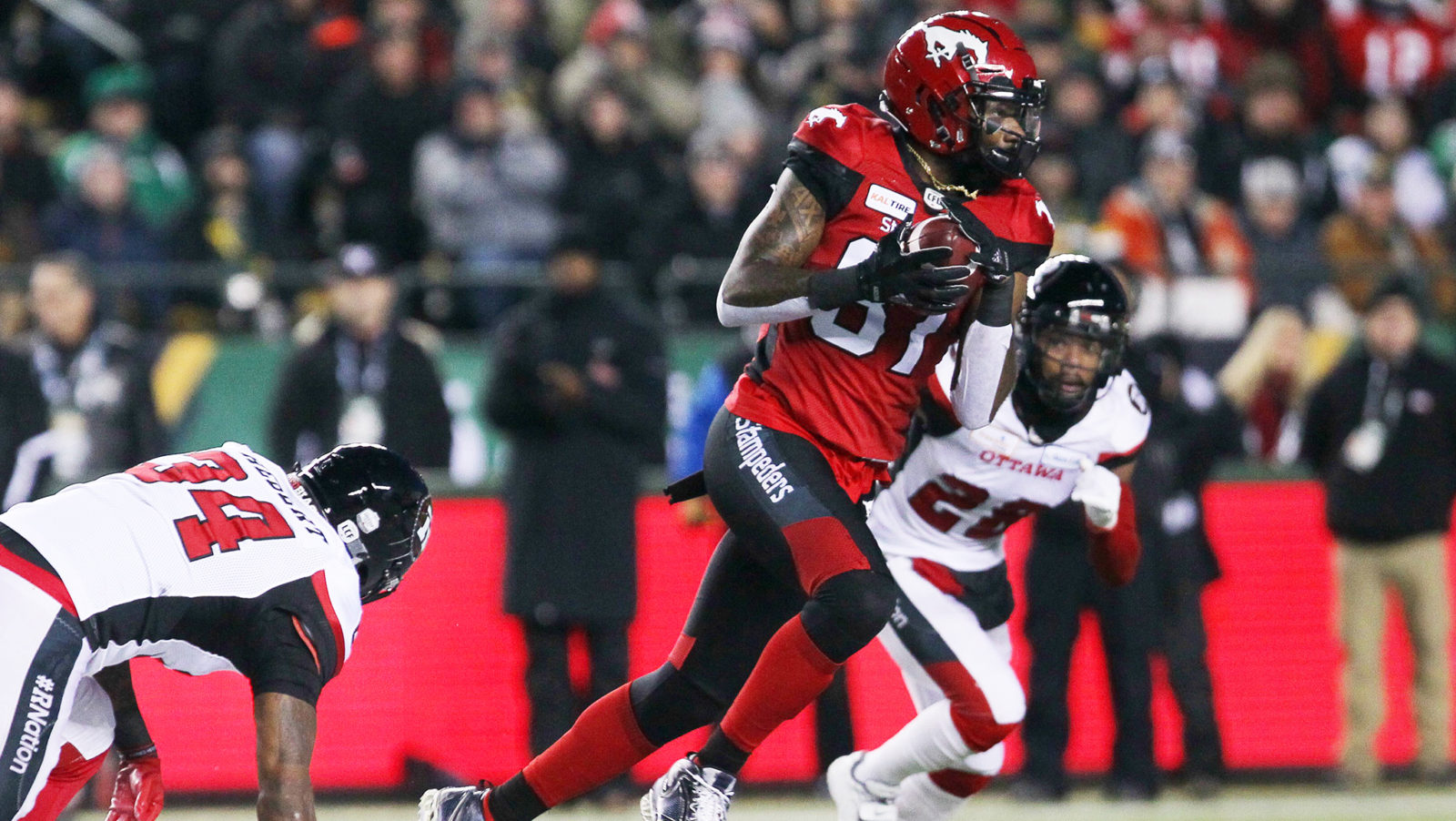 CALGARY — Chris Matthews’ short tenure with the Calgary Stampeders has come to an end as the former Seattle Seahawk has been released to reportedly explore an opportunity down south.

Matthews joined the Stampeders for the final third of their season, catching 12 passes for 252 yards in four games.

He also had four receptions for 59 yards in the 106th Grey Cup presented by Shaw last month in a win over Ottawa.