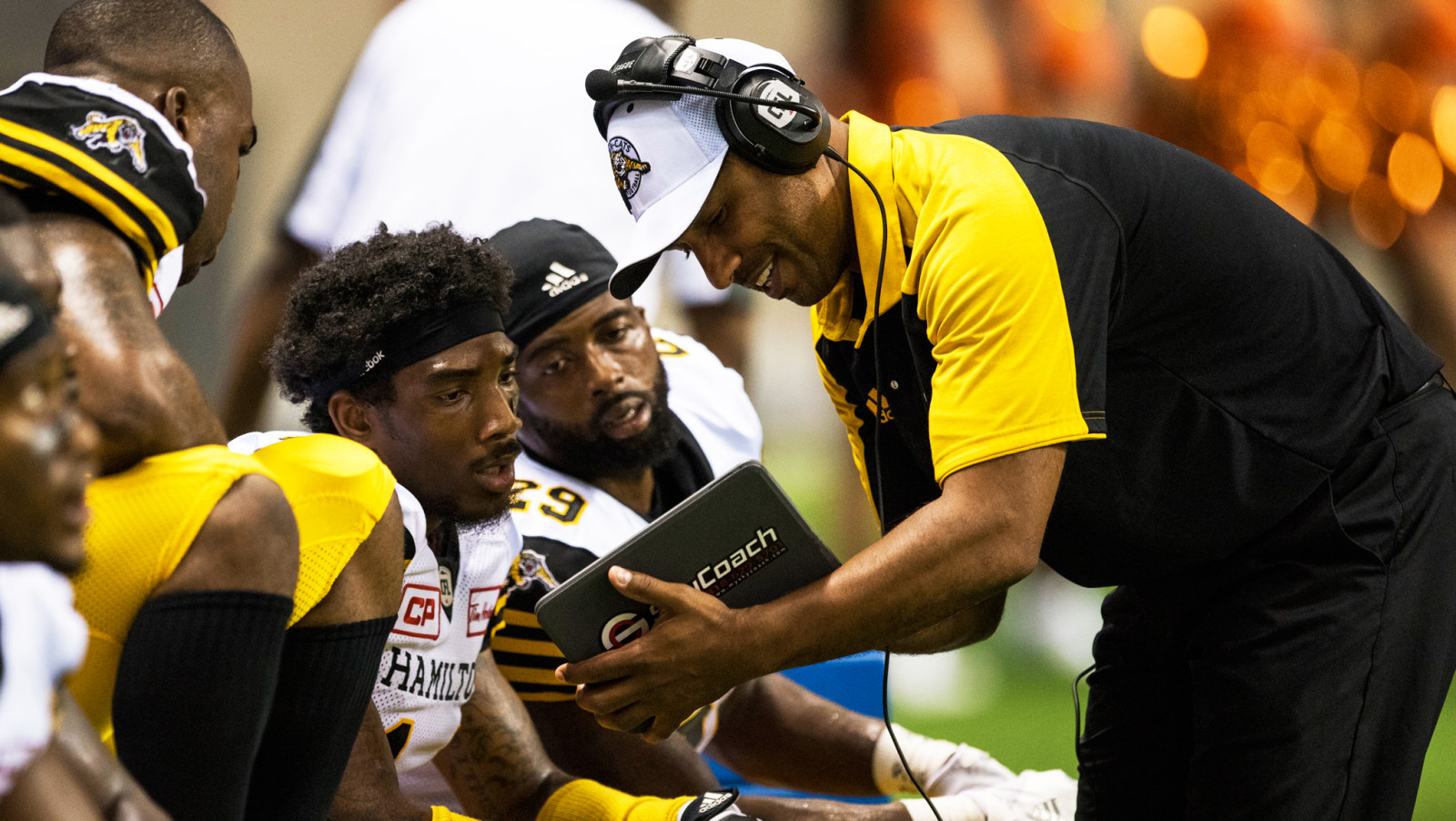 HAMILTON — Three days after the club confirmed on Twitter that the former all-star defensive back would be remain in Hamilton, the Tiger-Cats seem ready to move forward with Orlondo Steinauer as their new head coach, according to a report by TSN’s Dave Naylor.

Naylor also says that June Jones will step aside to be the team’s offensive coordinator and associate head coach.

The @Ticats will announce today that Orlondo Steinauer is their new head coach and that June Jones is moving to associate head coach and offensive co-ordinator. #CFL #Ticats

Steinauer had quickly become one of the most sought after assistants in the league as a pair of clubs — Toronto and BC — look to fill their vacant head coaching spots.

Jones’ tenure as head coach ends after 28 games where he went 14-14, leading the Ticats to the Eastern Final in his second season before being ousted by the Ottawa REDBLACKS in a 46-27 loss.

After a stellar 12-year playing career with Ottawa, Hamilton and Toronto, Steinauer began coaching with the Toronto Argonauts in 2010 before being promoted to Defensive Coordinator in 2011.  He returned as the Argos’ defensive backs boach in 2012, helping the team capture the 100th Grey Cup at home.  He left the following year to serve as the Tiger-Cats’ defensive coordinator through the end of 2016.

In 2017, Steinauer joined the staff of Fresno State in the NCAA as the school’s defensive coordinator under former BC Lions head coach Jeff Tedford.  Last season, Steinauer returned to Hamilton in the role of Assistant Head Coach.

As a player, Steinauer was one of the most consistent playmakers on the defensive side of the ball. A five-time league all-star, Steinauer won a pair of Grey Cups, one in Hamilton in 1999 and one with Toronto in 2004.