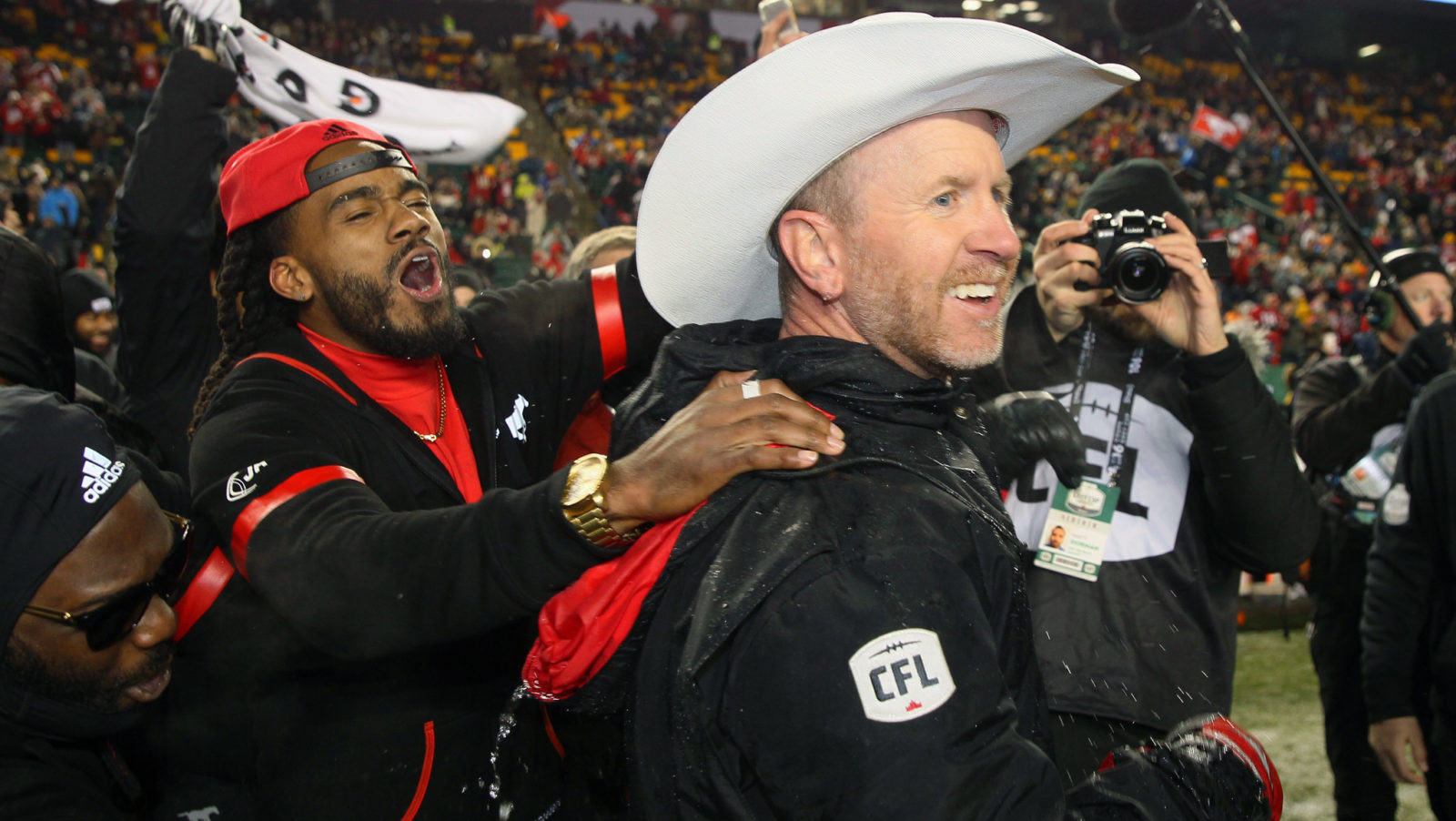 I’m a giant Marvel nerd, so I’ll be honest; when Stampeders head coach Dave Dickenson led his team to a Grey Cup triumph last weekend, the first thing that came to mind was Thanos and his Infinity Gauntlet. Dickenson was missing one jewel on his impressive resume that included a Grey Cup ring as a player and as an assistant. Now he’s got one as a coach, which seals his status as the top coach in Canadian football.

Think about the unprecedented nature of what Dickenson has accomplished since taking over the reins from John Hufnagel in Calgary. The list is pretty impressive: three straight number one overall finishes in the regular season, three straight Grey Cup appearances, and now a solid victory in the big game in 2018. Aside from two more rings, it doesn’t get much better than that.

Dickenson was born to coach, for numerous reasons. More than anything, though, the guy understands the game at a savant-like level. As a former quarterback, Dickenson’s bread and butter is offence. That’s illustrated plainly by the 1,631 total points scored by his teams in three years as head coach; no team has scored more in that frame.

But it goes beyond creating a great offensive scheme for Dickenson. Because his football IQ is so high, we’re talking about a head coach with a great eye for what happens on the other side of the ball. Yes, DeVone Claybrooks has been defensive coordinator for the last three years (more on him later), but he and Dickenson work as a team. If you’ve heard Dickenson talk defensive X’s and O’s, you’d be aware of how well he understands that side of things, too. 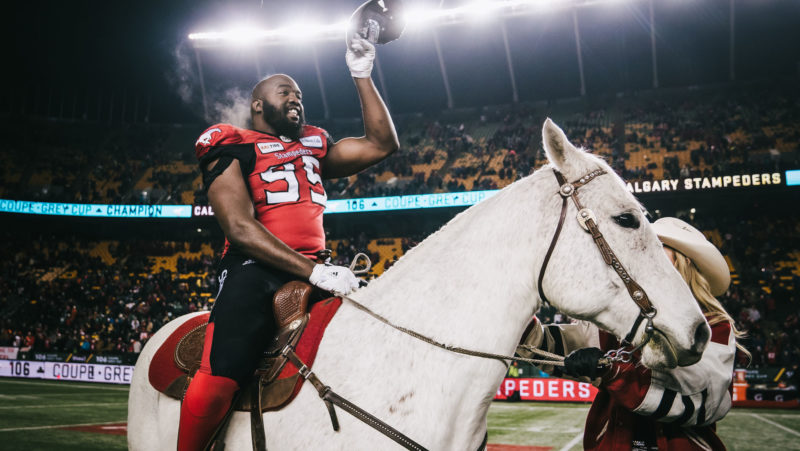 If you talk to anyone in the Calgary locker room, something else becomes clear: Dickenson is great to play for. That doesn’t mean he’s easy to play for, though. Dickenson holds players accountable, has incredibly high standards, and doesn’t settle for anything but the best. He’s hard on his guys and stands by his decisions, even if they’re not popular.

There’s something to be said for a coach who can be hard to play for but also great to play for. Why do players universally say they’d go through a wall for Dickenson? It’s simple: he treats them with respect because he’s been in their shoes. This gives Dickenson the unique ability to relate to his guys while still commanding respect. It’s not that long ago Dickenson was playing at high level, so players can’t help but listen to his message.

I remember something Dickenson told me a few years ago that has stuck with me to this day. Prior to the 2014 season, he turned down numerous head coaching jobs across the league to remain as offensive coordinator with the Stampeders under Hufnagel. Knowing he was the “head coach in waiting,” I asked about his philosophical beliefs.

Dickenson’s message was fascinating, because of how honest it was. To paraphrase, he said “I treat my player fair, but I understand they’re not equal. And I communicate that to them.” At first, that might sound counterintuitive, but when you think about it, it makes a ton of sense.

Of course Bo Levi Mitchell and his backup aren’t going to be treated equal, because one guy has earned far more leash. One bad game can mean a seat on the bench for one guy but could mean increased playing time for another. For me, that realization is crucial, but even more important is how clearly that is communicated to his players. It sets the standard for honesty, even if the message isn’t always a happy one.

Let’s put what Dickenson has done in his first three years as a head coach in perspective. He’s averaged just under 14 wins per season, which puts him on an incredible pace. Wally Buono’s career wins record is 282 and he averaged just over 11 wins per season in the 25 he was on the sidelines. I’m not trying to suggest Dickenson is going to break that record, but it shows you how remarkably consistent he’s been.

Of course, regular seasons wins mean so much less without playoff success. Dickenson now has a Grey Cup ring as a head coach to go along with his incredible regular season record. No one can take that away from him, and I feel like it’s tough to argue he’s not the best coach in the game right now. Let’s see how many more jewels he can put in that gauntlet before it’s all said and done.

Hop on the carousel

We’re just over a week into the off-season and the coaching merry-go-round is already in full rotation. With vacancies in BC and Toronto, names are starting to get tossed around and it’s no surprise the aforementioned Claybrooks is front and centre for both jobs.

The Stampeders have given permission to both the Argos and Lions to talk to Claybrooks, and you can bet he’ll be a strong candidate for both positions. Additionally, I know Calgary’s defensive coordinator has nibbles from NFL and NCAA teams, which means he’s going to have a busy winter ahead of him.

What’ll be very interesting is how Claybrooks approaches his high stock. Remember, he was one of the big names available one year ago but elected to remain with the Stamps. It all came down to fit, and the head coach position in Montreal wasn’t attractive enough for Claybrooks to leave a great situation in Calgary. 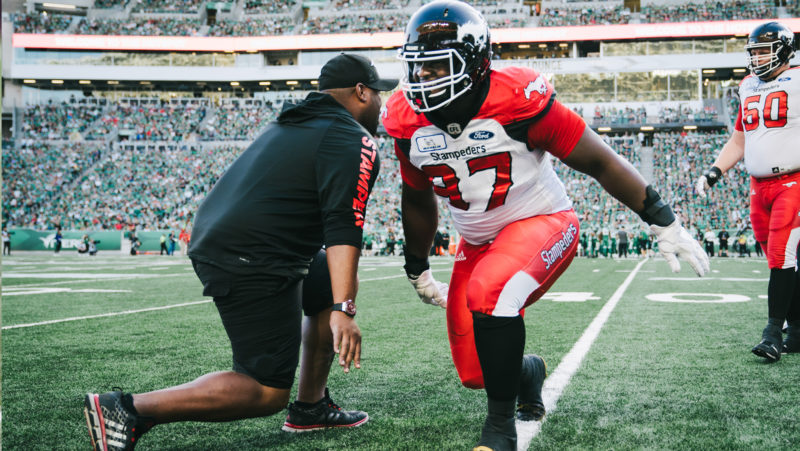 DeVone Claybrooks (left) is considered the top candidate for any coaching vacancy this off-season (Johany Jutras/CFL.ca)

Now that the Stampeders are Grey Cup Champions, though, I wonder if Claybrooks changes his approach a little bit. After two losses in the big game, 2018 was seen as unfinished business in Calgary, and they went out and finished last weekend. Perhaps that makes it a little easier to make the jump to a head coaching job even if the situation isn’t perfect.

The other hot name is Winnipeg offensive coordinator Paul LaPolice, and TSN’s Farhan Lalji reports he’s already been contacted by the Argos. LaPolice’s offence has been extremely efficient over the last two years and I’d be very intrigued by the fit in Toronto.

The way the Bombers used Andrew Harris over the last two years elevated him to a whole new level, which is tantalizing when you consider who resides in that Argos backfield. James Wilder Jr. has a very similar skill-set as Harris and I’d be fascinated to see LaPolice work with that offence.

You can cross one huge name off the list, however. The Hamilton Tiger-Cats announced on Friday Orlondo Steinauer would be back for another season, which is a significant coup. Steinauer returned to the Ticats for the 2018 season as an assistant head coach under June Jones, but has been an extremely sought after name for the last number of years.

For Hamilton to keep Steinauer in the fold for another year says something about the way the organization is trending. You also wonder if Steinauer has been assured the top job as Jones’s successor, similar to Dickenson’s situation a few years ago in Calgary. Nonetheless, Steinauer staying put removes one huge name from the equation.

When Jonathon Jennings first burst onto the scene late in 2015, I thought the Lions had a star on their hands. My opinion didn’t change the following season when he threw for over 5,200 yards in his first year as a full time starter. Unfortunately for Jennings, though, things haven’t progressed since 2016 and he enters very uncertain waters this off-season.

After losing his job on merit to Travis Lulay this season, I’m not surprised the two sides are going in different ways. While the Lions may look to free agency themselves, it was probably time for Jennings to seek a change of scenery. Perhaps having to fight for a spot is exactly what he needs to get things back on track. 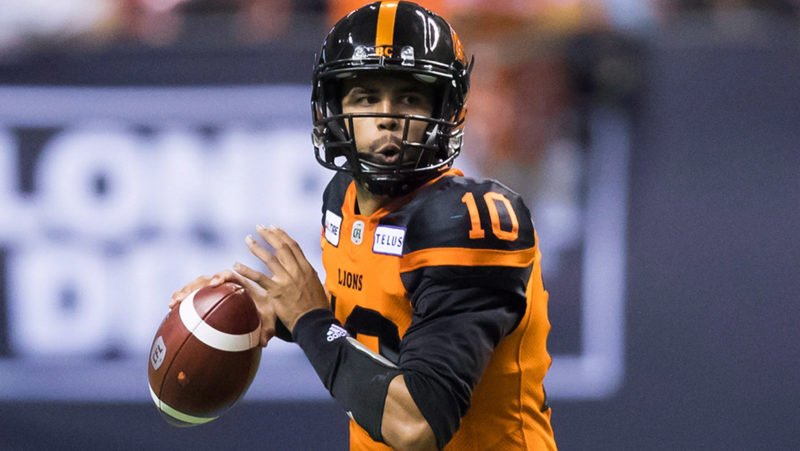 Assuming incumbents like Bo Levi Mitchell, Mike Reilly, and Trevor Harris stay put, which is a big if, there are some interesting landing spots for Jennings. With Matt Nichols and Jeremiah Masoli under contract for 2019, that leaves Saskatchewan, Montreal, and Toronto with potential jobs up for grabs.

In all three cases, I can’t see Jennings entering a training camp on top of the depth chart. The Argos acquired James Franklin last off-season to be their quarterback of the future, which likely gives him the leg up. In a similar vein, the Alouettes invested a lot in Johnny Manziel and I don’t see any way he’s not the starter come June.

So that leaves the Riders, who have free agent decisions to make on both Zach Collaros and Brandon Bridge. Regardless of what they decide, it wouldn’t be crazy to see Jennings get an opportunity to fight for a job in training camp.

Jennings looked like a superstar in the making a few years ago, which wasn’t a fluke; I still believe this guy possesses elite talent. It all comes down to whether a new opportunity allows Jennings to put it all together again. I’m fascinated to see how it plays out.