HAMILTON — The Hamilton Tiger-Cats announced Monday that Orlondo Steinauer has been named the 26th head coach in team history. June Jones will return to the football club next season as associate head coach and offensive coordinator.

“After working closely with Orlondo last season, it was obvious to me that he’s ready to take the next step in his career and become a head coach in the CFL,” said Jones. “He’s earned this opportunity and the time was now. I made a decision that in order to put our best foot forward and bring a Grey Cup championship back to Hamilton, we needed to keep him here and expand his role. Winning is the most important thing and I’m excited about our great opportunity for success in 2019 with Orlondo returning as head coach.”

Steinauer returned to the Tiger-Cats in 2018 as the team’s assistant head coach after one season as Fresno State’s defensive coordinator in 2017. He was part of the Bulldogs’ remarkable turnaround, posting a 10-4 record and winning the Hawaii Bowl over the University of Houston. Fresno State was just one year removed from a 1-11 record and became the second team in NCAA Division I Football Bowl Subdivision (FBS) history to go from double-digit losses one season to double-digit wins the next.

RELATED:
» O’Leary: Ticats had no choice but to think long term with Steinauer
» Jones’ decision to step aside a ‘pretty easy one’
» Watch: Orlondo Steinauer press conference 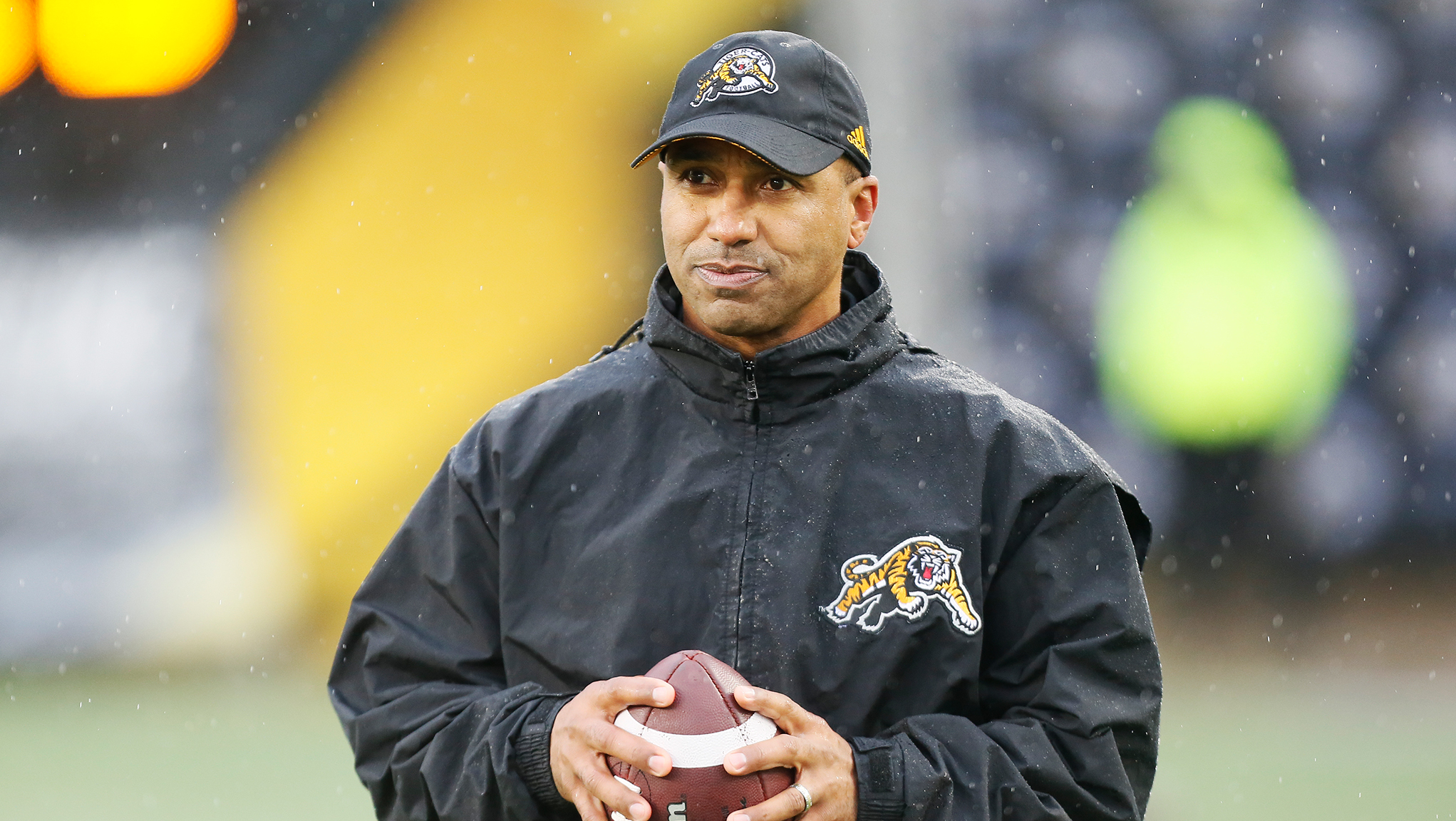 “I want to thank June Jones and the entire Tiger-Cats organization for this opportunity, and believing in me as a man and a football coach,” said Steinauer. “I look forward to building a sustainable model of winning throughout the organization, while in pursuit of winning multiple Grey Cups.”

It wasn’t a difficult decision for June Jones to step aside as the head coach of the Hamilton Tiger-Cats to allow Orlondo Steinauer to take his place.

It was, in fact, an easy one for him to make.

“It was a pretty quick, easy decision for me,” Jones said on a conference call with members of the media on Monday afternoon from his off-season home in Hawaii.

“Since I talked to Orlondo, we talked through the BC situation and the Toronto situation. I know that he believes in this organization in Hamilton.”

Jones also mentioned that his ability to connect with his players, something that he credits for his success as a coach, is going to stay the same despite his role change within the front office staff.

“The reason that I have success is that I’m involved with the players,” he said.

“Your touch with the players is what wins football games and that’s not going to change with me in any way,” Jones continued. “In fact, everything will stay consistent.”

Steinauer had previously served four years on Kent Austin’s coaching staff in Hamilton (2013-16), originally joining the organization as defensive coordinator on Jan. 3, 2013, before being promoted to assistant head coach and defensive coordinator on May 27, 2016. The Seattle, Washington native’s defensive units helped lead the Ticats to two Grey Cup appearances (2013, 2014), consistently ranked at or near the top of the league in numerous defensive categories, and produced multiple CFL All-Stars, including Ted Laurent (2014, 2015), Delvin Breaux (2014), Simoni Lawrence (2015), Emanuel Davis (2015), Craig Butler (2015) and John Chick (2016).

Steinauer’s 11-year coaching career also includes stops with the Toronto Argonauts (2010-12) and Western Washington University (1996-98) when he was still an active player. As a player, he captured two Grey Cup rings in 13 CFL seasons as a dominant defensive back with the Ottawa Rough Riders (1996), Tiger-Cats (1997-2000) and Argonauts (2001-08). He was named an all-star at three different positions (cornerback, halfback and safety), earning six divisional all-star nods and five CFL all-Star honours in total. His 1,178 interception return yards are the second most in CFL history.

The announcement comes three days after the club confirmed on Twitter that the former all-star defensive back would be remain in Hamilton but did not specify at the time in what capacity. Steinauer had quickly become one of the most sought after assistants in the league as a pair of clubs — Toronto and BC — look to fill their vacant head coaching spots.

Jones’ tenure as head coach ends after 28 games where he went 14-14, leading the Ticats to the Eastern Final in his second season before being ousted by the Ottawa REDBLACKS in a 46-27 loss.

Steinauer started filling out his CFL coaching resume with the Toronto Argonauts in 2010 before being promoted to defensive coordinator in 2011. He returned as the Argos’ defensive backs coach in 2012, helping the team capture the 100th Grey Cup at home. He left the following year to serve as the Tiger-Cats’ defensive coordinator through the end of 2016.

In 2017, Steinauer joined the staff of Fresno State in the NCAA as the school’s defensive coordinator under former BC Lions head coach Jeff Tedford. Last season, Steinauer returned to Hamilton in the role of assistant head coach.