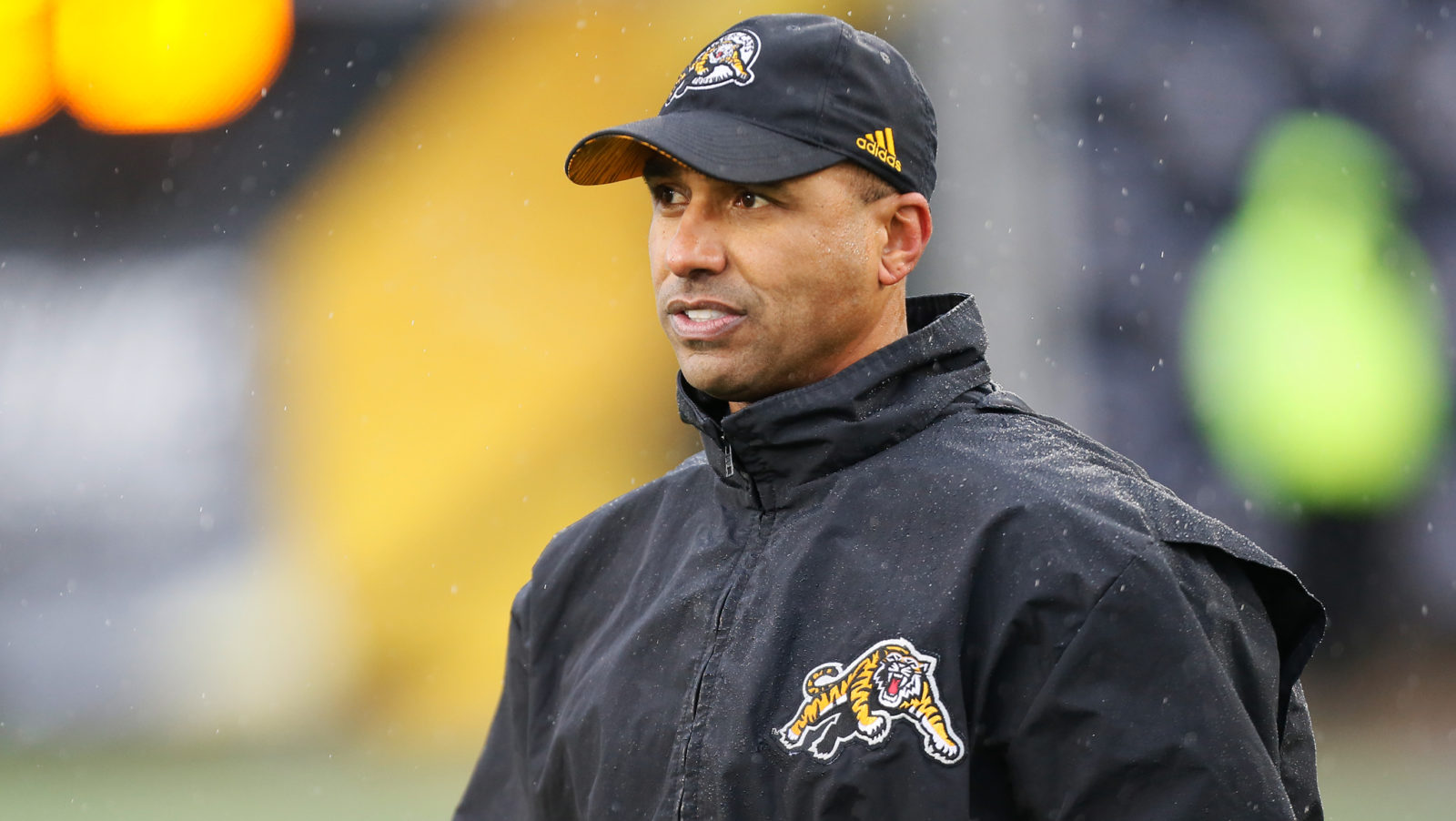 Orlando Steinauer likened it to the free agency situation that over 300 players in the CFL will be dealing with this winter.

The season had ended and the calls, as everyone expected, started to come in. The Toronto Argonauts and BC Lions are both in need of a head coach and Steinauer was at or near the top of their lists.

Now 45, Steinauer’s 13-year playing career in the CFL was followed by spending nine of the last 10 years working in the league as a coach, first with defensive backs, then eventually as a defensive coordinator and as of last season, an assistant head coach. He figured that teams would be calling. What he didn’t expect was for June Jones to be one of the people reaching out to him.

“I’m extremely appreciative for Toronto and BC reaching out, but we were too far down the road,” Steinauer said on Monday, after he was named the 26th head coach of the Tiger-Cats.

“I respect both organizations and I felt like as we got into it and had the talks, June gave me a call and shocked me and said this is what he thought was best for the organization.”

Jones had spent the last season and a half in Hamilton, coming in when the team was 0-8 and pulling it out of a nosedive, just when everyone on board was bracing for impact. He went 14-14 in that stretch, with the Ticats hosting a playoff game this year and making its starting QB, Jeremiah Masoli, the East nominee for MOP. After all of that, he called up the young assistant coach with two job opportunities in front of him and handed off the reins.

“I thought, ‘This is why I came back, to surround myself with those type of people,’” Steinauer said,

“It wasn’t about (what was) in Toronto or the BC opportunity. It was more of what I had here and surrounding and continuing to surround myself with greatness.”

For his part, Jones was his casual, carefree-sounding self on a conference call from his off-season home in Hawaii.

“Orlondo and I had a conversation,” Jones said on that call. “We talked about those two other jobs (in Toronto and BC). I felt that this was the best opportunity for him to be a Grey Cup champion here faster than anywhere else.”

It’s easy to forget, but a year ago at this time, Steinauer was in sunny California, working with the Fresno State Bulldogs in the NCAA as their defensive coordinator. After a successful debut season, the Ticats were able to convince him to come back to Canada.

Jones, along with another football lifer in defensive coordinator Jerry Glanville, were two of the main reasons for Steinauer to get his family to re-pack those boxes and to move in that long, diagonal line back across the continent.

“It was tough, right? Because sometimes you get caught up in the power of a dollar and all those things and Power 5 conferences. I’m 45, not 35. If it was about money I wouldn’t be here.

As assistant head coach, Steinauer moved to the offensive side of the ball for the first time in his coaching career and got to learn from two of football’s greatest, most experienced minds, in Jones and Glanville. In securing Steinauer last season, Ticats CEO Scott Mitchell put a succession plan in place, getting a young coach on staff to play a role in turning a struggling team into a Grey Cup contender.

“I’ve talked about this with Scott and Kent (Austin) before,” Steinauer said. “If I had a dream job it’d be a running backs coach or something because I hadn’t been on that side of the ball.”

There are still details to be ironed out, like retaining Glanville as the defensive coordinator and what the rest of Steinauer’s staff might look like. But for now, the Ticats organization can breathe a sigh of relief. They had a head coach in Jones that was gracious enough to step back and let the heir to the tiger-striped throne have his seat. In doing so, they’ve empowered an exceptionally bright young football mind and — assuming Glanville stays — will pair him with two savvy, successful veteran coordinators.

The Ticats were a good team last year. On Monday, they took a step toward greatness.