Chamblin on return to Argos: ‘It actually feels like home’

Chamblin on return to Argos: ‘It actually feels like home’

TORONTO — Corey Chamblin had only been away from BMO Field and the Toronto Argonauts for a single season before he was named the team’s head coach on Monday morning.

So when the team brought him in to take him through the facility, he felt like he had never left.

“It actually feels like home,” Chamblin told Argonauts.ca’s Mike Hogan in a one-on-one interview. “When I first came back they were showing me all the new things and I was like, ‘okay, I’ve seen this. It’s home. Let’s get to work.’ I’m excited to be back. I’m excited to have an opportunity to lead this organization and I’m ready to roll.”

After spending 2018 at the University of Arkansas as quality control and defensive backs coach, Chamblin makes his return to the double blue.

In 2017, Chamblin served as the team’s defence coordinator and his defence produced six East All-Stars and tied for the league lead in sacks with 50. The defence also led the league in opponent rush yards per game (82.8) and finished second in both opponent net offence per game (329.1) and opponent yards per play (6.1). As a unit, they also contributed in the Argos 105th Grey Cup presented by Shaw victory, as Cassius Vaughn returned a fumble 109-yards for a touchdown and Matt Black hauled in a game-sealing interception in the end zone.

But it’s not that Grey Cup victory, or the regular season success, that the 41-year-old remembers most from his tenure with the Argos. It was the Eastern Final against the Saskatchewan Roughriders that stands out in his mind.

“The biggest turning point in the season wasn’t just from a personal (standpoint), it was the Eastern Final when we were playing Saskatchewan,” he said. “I think it was one of those things where, that was a battle. It wasn’t just because it was going against Chris (Jones), my old mentor, or Saskatchewan, my old team, that was just something I’d always remember. I went home and I watched that game more than I did the Grey Cup just because I thought that was a battle.”

Chamblin spent four seasons with the Roughriders as head coach (2012-2015) and was named Coach of the Year in 2013 while also leading the Riders to a Grey Cup victory.

Although the Double Blue’s new bench boss has been around a lot of coaches with impressive resumes in his career, he credits his winning attitude and coaching ability to his mother.

“I’ve been around a lot of great coaches, whether it’s championships north of the border or south of the border but I have to give that credit once again to my mother,” said Chamblin. “A lot of people don’t want to hear that but she was the best coach because that’s who shaped me in my mind. The one thing that she’s always told me is that if you put your mind to it, you can do it. As simple as that sounds, its been true to me and that’s just the same thing with the players.”

After finishing 4-14 last season, Chamblin hopes that he can help turn things around for the Argonauts in 2019. 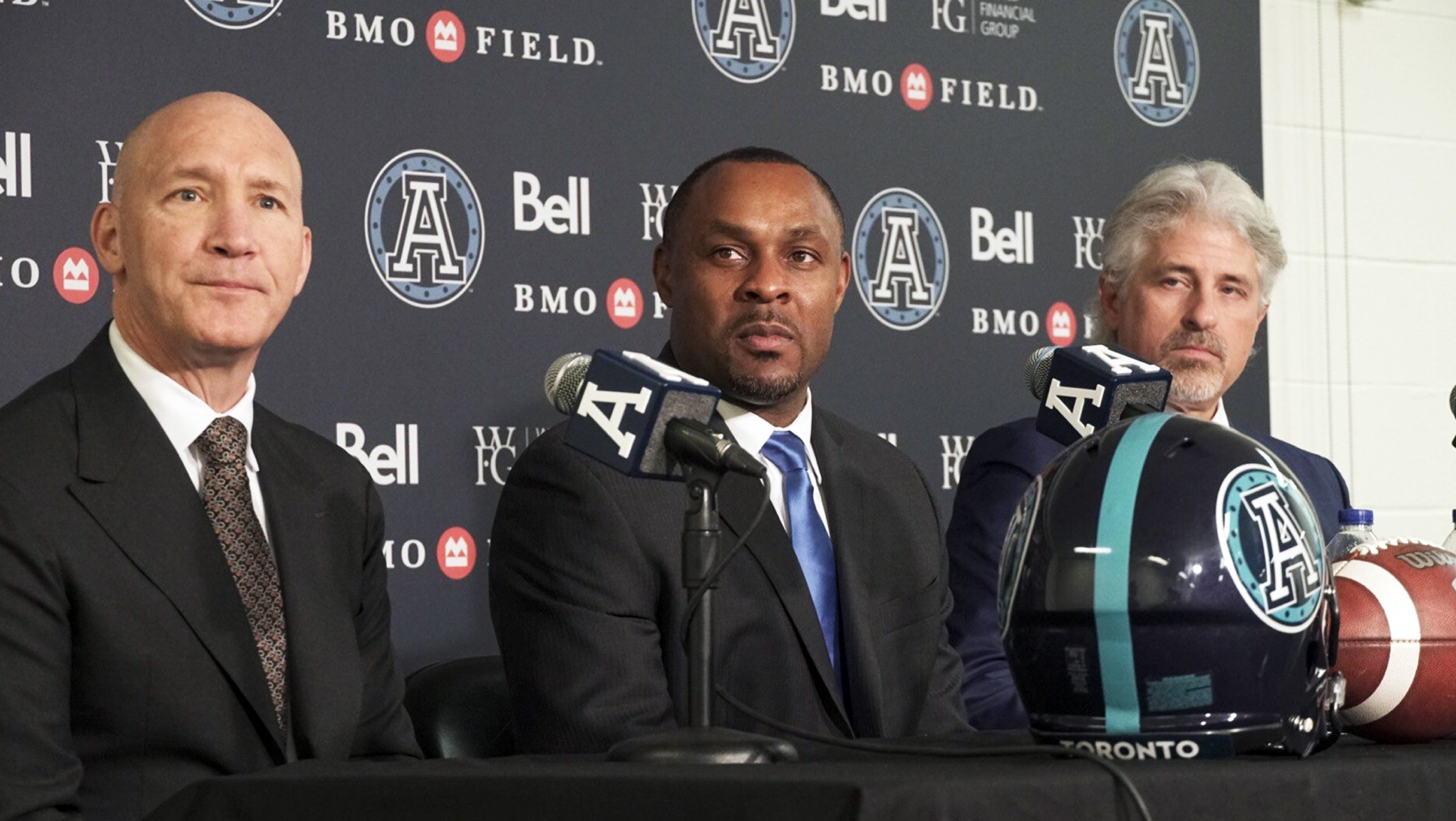 “It’s not about words, it’s about actions,” Chamblin said, when asked about what his message is for Argos fans. “On a daily basis, we have to do the things that we need to do to be able to reach that common purpose. That’s our mindset. We will do that and in turn doing that, we look to produce positive results on a game by game basis.”