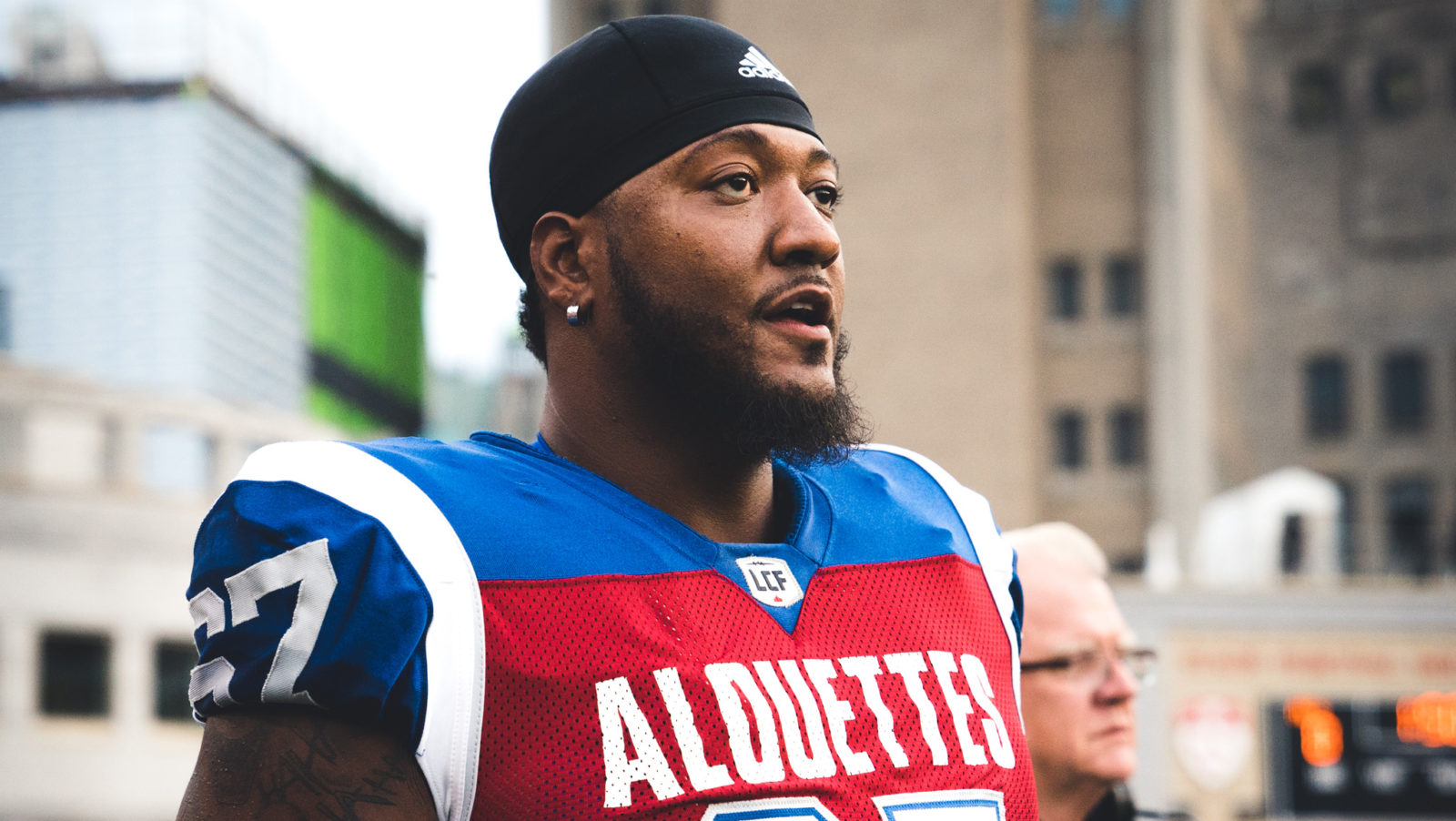 MONTREAL — The Montreal Alouettes announced on Tuesday that the club has signed international offensive lineman Tony Washington to a two-year deal.

Washington (6’7”, 318 lbs.) will return with the Alouettes in 2019, after being acquired from the Hamilton Tiger-Cats last July, alongside quarterback Johnny Manziel. He will be entering his ninth season in the CFL, having played in 104 games, including 103 as a starter.

“Tony is one of the best offensive tackles in the CFL and he did a tremendous job to stabilize our offensive line upon his arrival last season”, said Alouettes General Manager Kavis Reed. “His valuable experience, his Grey Cup victories and his positive attitude all represent great assets for our offence and our team.”

Before becoming an Alouette, Washington lined up with the Calgary Stampeders, Toronto Argonauts, Edmonton Eskimos and Hamilton Tiger-Cats. The 32 year-old New Orleans, LA native won the Grey Cup in 2012 (Toronto) and 2015 (Edmonton).

Prior to starting his professional career in the CFL, he played his collegiate football for the Albilene Christian University Wildcats.