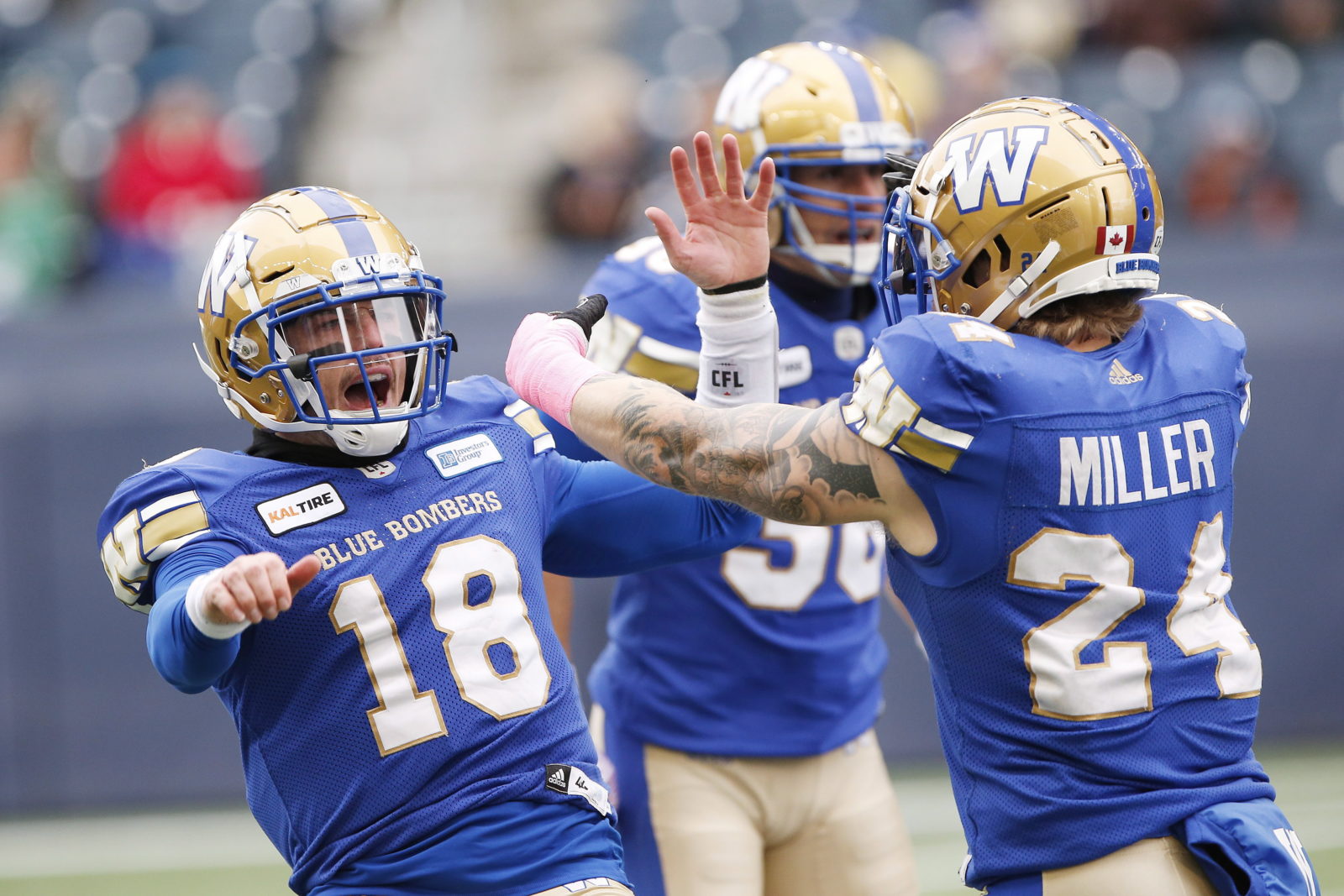 Winnipeg Blue Bombers' Bryan Bennett (18) and Mike Miller (24) celebrate a tackle against the Saskatchewan Roughriders' during the first half of CFL action in Winnipeg Saturday, October 13, 2018. THE CANADIAN PRESS/John Woods

WINNIPEG — Special teams ace Mike Miller is back with the Bombers, after the team announced a two-year contract extension on Tuesday.

Miller, a national fullback, was due to become a free agent in February.

“Obviously from a pure special teams standpoint, Mike Miller stands out as one of the best in the CFL,” said General Manager Kyle Walters. “It isn’t just his on-field play in that aspect of the game, either. It’s his knowledge of schemes, preparation, and attention to detail before even getting on the field. He’s also contributed for us at times on offence, and overall is great for our locker room. We are excited to bring him back.”

“I’m extremely excited to get this done and continue to be a member of the Blue Bombers,” Miller said. “Coach O’Shea and the environment in Winnipeg makes this an easy decision for me. The past few seasons we have felt we are so close to where we want to be, and hopefully 2019 we are finally able to achieve that goal.”