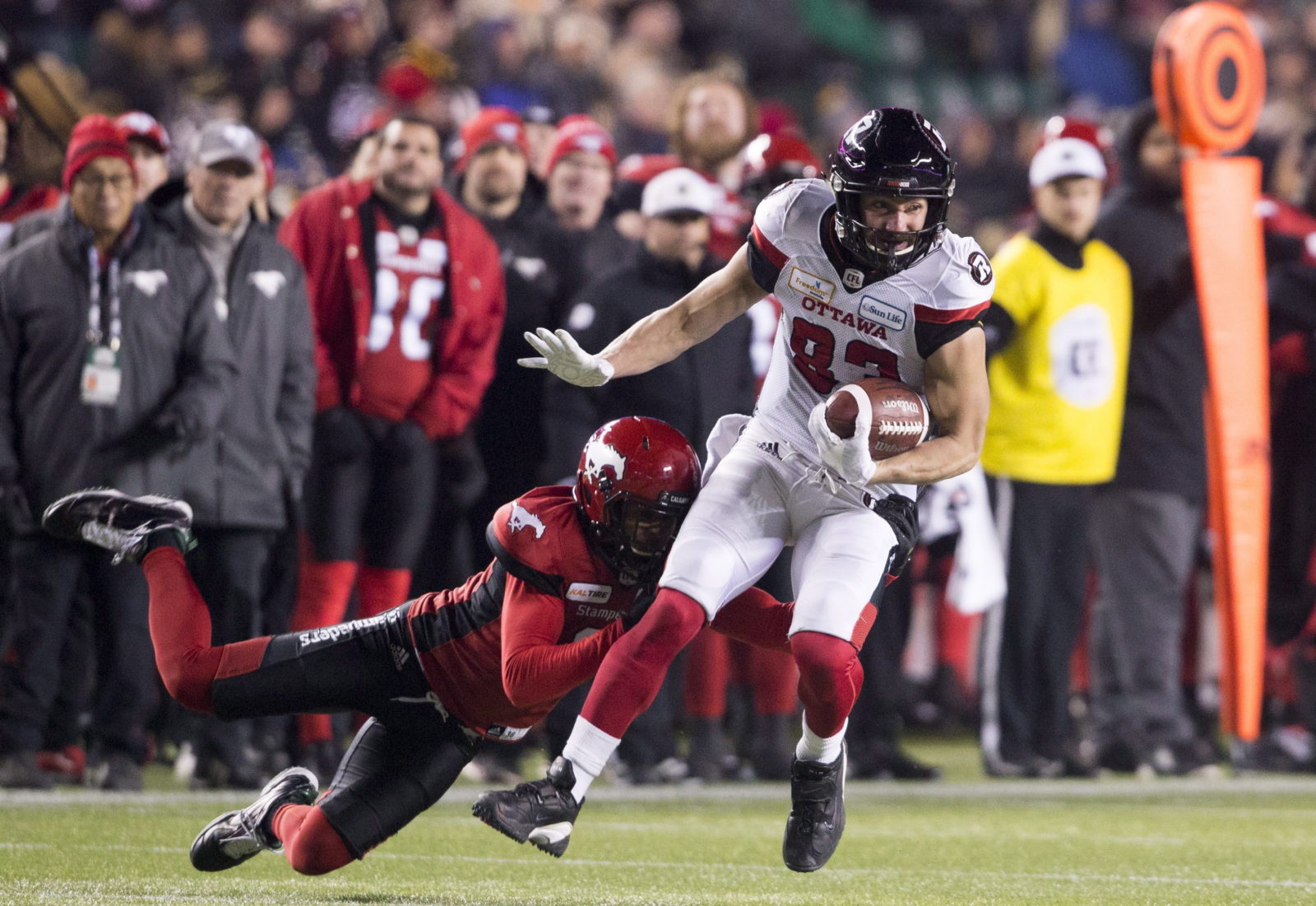 OTTAWA — The Ottawa REDBLACKS announced on Tuesday contract extensions for three players from last season’s run to the Grey Cup.

Defensive lineman and Ottawa native Ettore Lattanzio and Canadian receiver Julian Feoli-Gudino have both signed on for another season with the REDBLACKS. American punter Richie Leone will also return in 2019 after an outstanding first season in Ottawa.

“The goal from the beginning was to try and get as many of our own players back as possible, so this is a really positive step in the right direction,” said REDBLACKS General Manager Marcel Desjardins.

Though limited to three regular season games due to injury in 2018, a healthy Lattanzio returned to the lineup for the stretch drive and added another physical element for the REDBLACKS in the East Final and Grey Cup games.

In his first season with Ottawa, Feoli-Gudino had 11 catches for 200 yards and two touchdowns. The seven-year CFL veteran also hauled in a 55-yard touchdown pass in the Grey Cup game against Calgary.