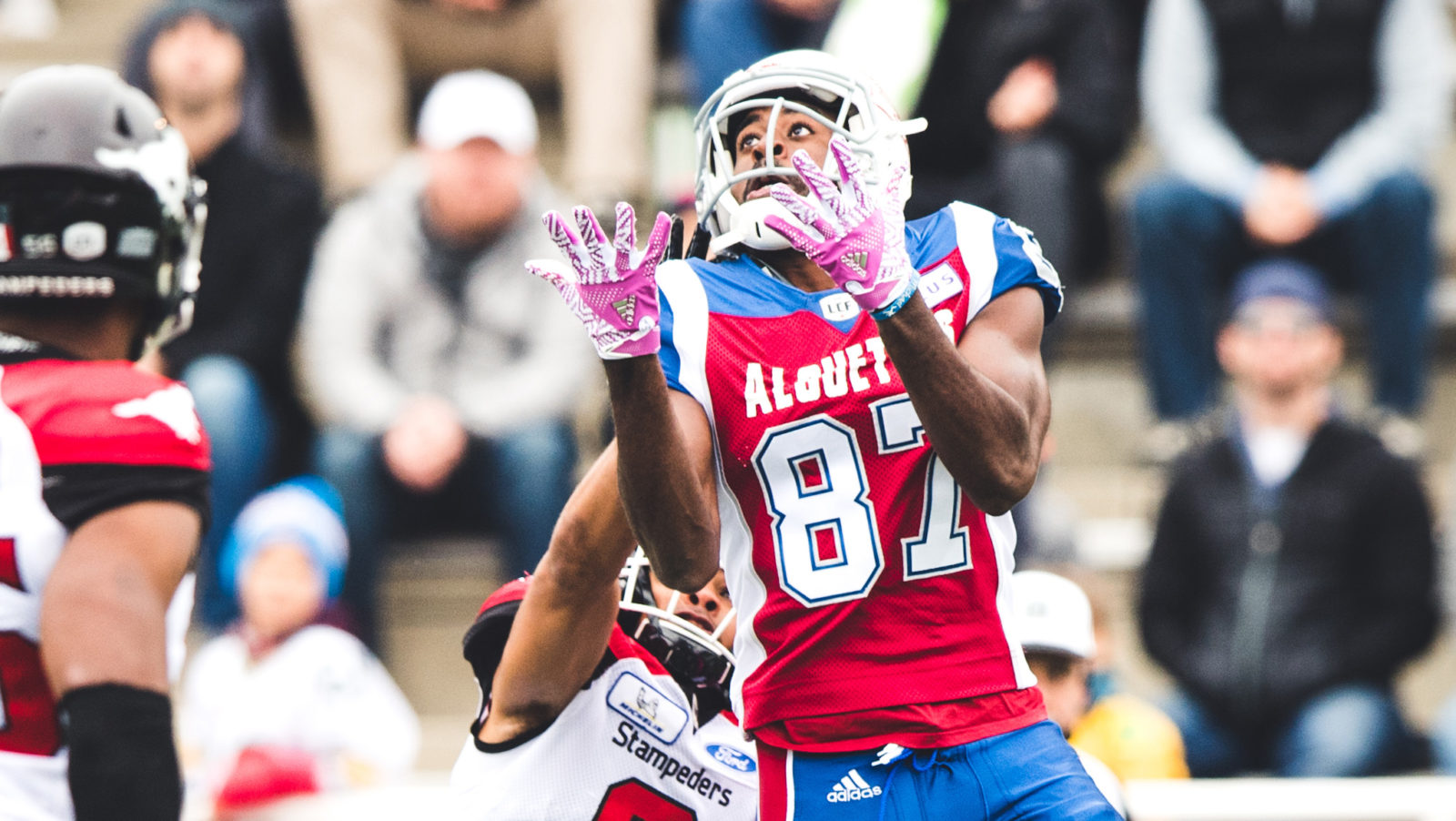 MONTREAL — The Montreal Alouettes announced on Friday that international receiver Eugene Lewis signed a one-year deal with the club.

Lewis (6’1”, 208 lbs.) will return with the Alouettes for a third season. In 2018, his first complete season with Montreal, he led the team with 827 receiving yards and four receiving touchdowns. The 25-year-old athlete caught 44 balls and had two games with 100 receiving yards or more. Lewis also proved his versatility throwing as he threw a 61-yard touchdown pass to George Johnson on a trick play against Toronto.

“In his first full season with the Alouettes Eugene continued to demonstrate what he brings to the table, with his effort, his attitude and his ability to make important plays”, said Montreal Alouettes’ General Manager Kavis Reed. “He is still young and will have the opportunity to play an even bigger role in our offence next season.”

Lewis played three seasons with the Penn State University Nittany Lions and spent one year with Oklahoma University Sooners. In 51 collegiate games, including 19 as a starter, he caught 122 passes for 1,569 yards and 10 touchdowns.

Prior to joining the Alouettes, the Norristown, PA native took part in mini-camps with the Cincinnati Bengals and Seattle Seahawks.