Webster one of four extended by Argonauts 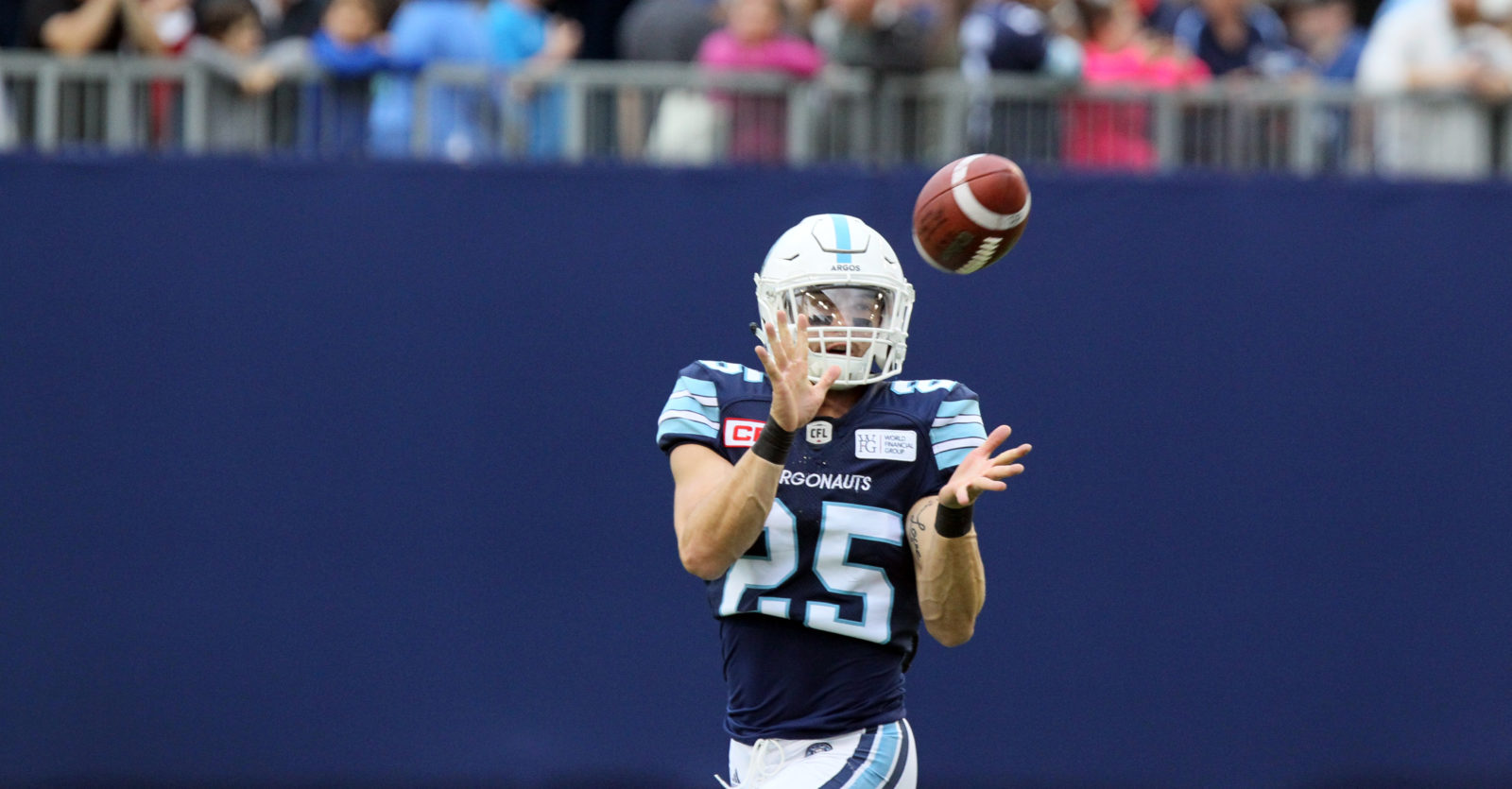 Webster one of four extended by Argonauts

Webster, 26, originally signed with the Double Blue as a free agent in February of 2017. Over two seasons in Toronto, the product of Queen’s University, amassed 16 defensive tackles, 15 special teams tackles and one forced fumble in 32 games. Webster was drafted in the fifth round of the 2014 CFL Draft by Saskatchewan and spent three seasons in Regina (2014-2016). Over the course of 26 games in green, the native of Calgary made 32 defensive tackles and 21 special teams tackles.

Reinhart, 29, has spent all five of his CFL seasons in Toronto after being signed as an undrafted free agent in April of 2014. A Guelph Gryphon for five seasons, Reinhart became one of the most reliable long snappers in the CFL since coming to the league. Reinhart has not missed a game since joining the Argos having played in all 90 regular season games since 2014. The 6’0, 228-pound long snapper has totaled 30 special teams tackles in his career.

Loiselle, 25, was drafted by the Argos in the seventh round of the 2018 CFL Draft but injuries held the Quebec native to only one game played last season. A five year player at Wagner College in New York (2013-2017), Loiselle played in 42 games for the Seahawks and racked up 57 tackles and three sacks in his career to go along with being named to the Academic Honour Roll all five of his collegiate years.

Ham, 22, was signed twice by Toronto this year, the first time in January before being released prior to training camp and then most recently in October after spending time with the Montreal Alouettes. The native of McDonough, Georgia played 44 games over four seasons at Fordham University (2014-2017), tallying 186 total tackles, six tackles for loss, one forced fumble, one sack, seven interceptions, and 23 pass deflections. Ham is the son of CFL Hall of Famer Tracy Ham.