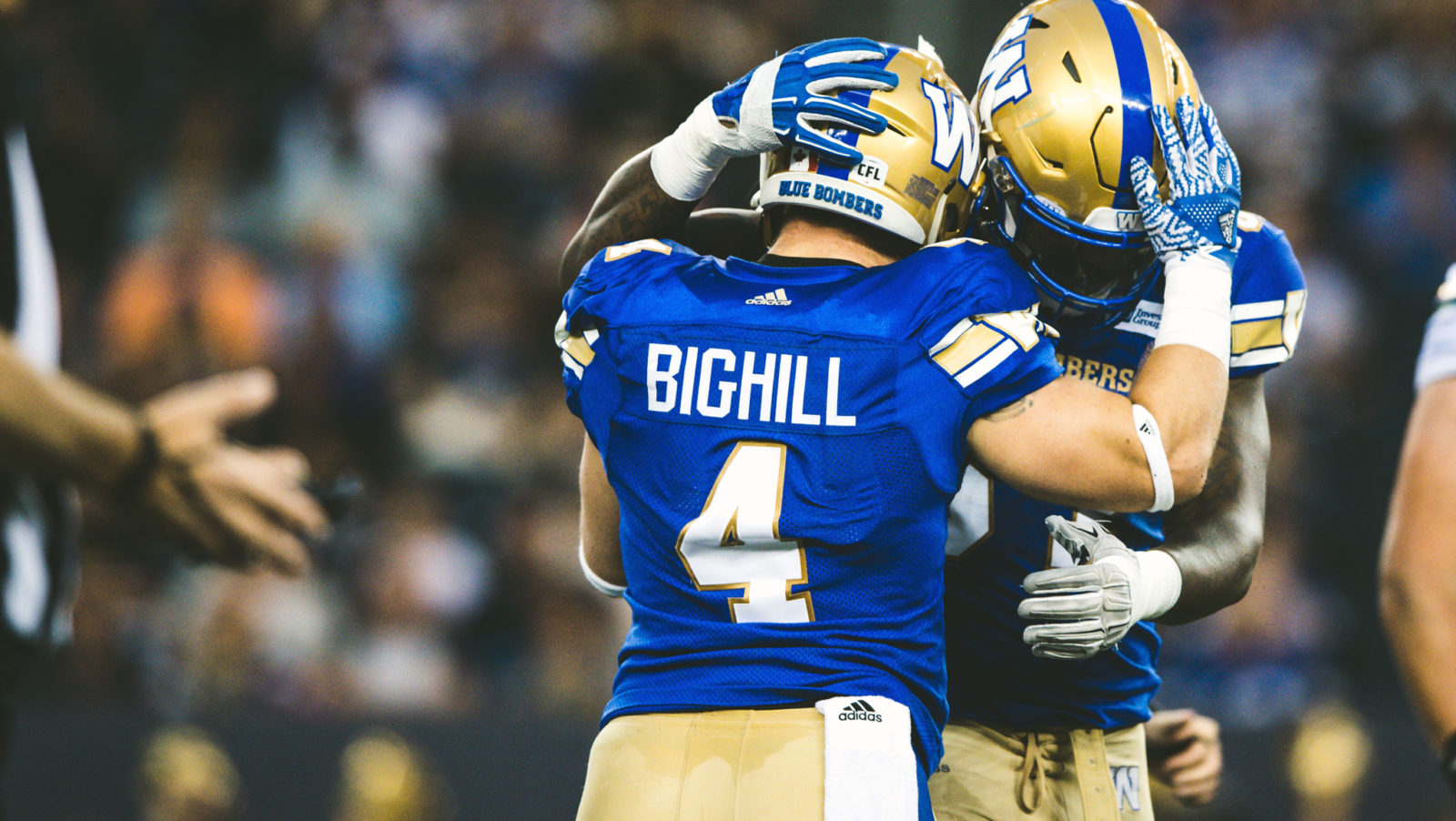 Kyle Walters has a busy off-season ahead of himself as he’ll attempt to keep a majority of his defensive unit together, if not all of it, for the 2019 season.

A good chunk of the pieces that made the Blue Bombers’ defence so dominant in the back half of the regular season is due for free agency, meaning the Bombers have some work to do if they want to pick up where they left off in a successful 2018. Last year Winnipeg had the league’s second-best defence in points allowed while fielding an offensive attack that finished 21 weeks as the league’s highest scoring group with 550 points in 18 games.

After posting a 10-8 record and finishing third in the West Division, the Blue Bombers came just one game short of making their first appearance in a Grey Cup since 2011, losing in the Western Final to the eventual champions in the Calgary Stampeders.

Defensively, the Bombers finished the season in a five-way tie for the league’s lead in quarterback sacks (45) while ranking third in interceptions (20) and forced fumbles (19). Adam Bighill earned Most Outstanding Defensive Player honours during Grey Cup week in Edmonton after making his return to the CFL following a stint south of the border. He’ll be one target that Walters will want to get signed prior to free agency in February. 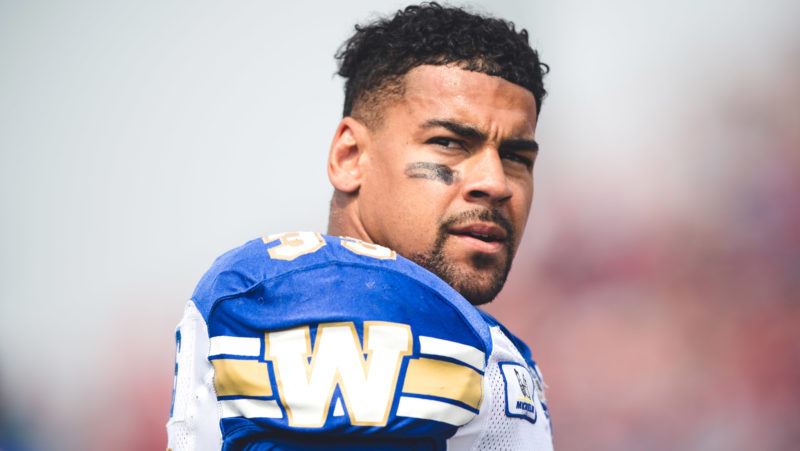 Winnipeg is fortunate to have a large number of their offensive weapons locked up, such as Andrew Harris, which allows Kyle Walters to get creative with how he handles the rest of the roster (Johany Jutras, CFL.ca).

The Canadian executive has done his due diligence in developing the Canadian talent in Winnipeg when he became the 17th general manager in franchise history back in 2013. It shows when you look at the national talent the Blue Bombers have on their roster, including Andrew Harris, Taylor Loffler, Sukh Chungh and Drew Wolitarsky.

Of course, Loffler and Chungh are among several players pending free agency that make up the team’s talented Canadian core. Nonetheless, it speaks volumes of Walters’ ability to pick his talent and give the Blue Bombers the pieces to field a competitive team. Shall we reference the Nichols-Streveler situation at quarterback and how entertaining that was to witness throughout the season?

Players will be signed and cut, but it should all be taken with complete faith that Walters is doing what’s in the best interest for the Winnipeg Blue Bombers.

After posting a 10-8 record, O’Shea has evened his career record since taking the helm of head coach with the Winnipeg Blue Bombers (45-45 through 90 games). While that may not sound flattering, O’Shea has finished the last three seasons with double-digit wins. 2018 marked his first career playoff win when his Bombers defeated the Saskatchewan Roughriders in the Western Semi-Final. However, a tough and hard-fought Western Final saw the Bombers lose 22-14 to the eventual Grey Cup Champion Calgary Stampeders.

Walters can do his part in ensuring the pieces are in place for O’Shea to efficiently field a competitive squad. From there, O’Shea is one of the most creative coaches in the game, while his players and staff respect him to the fullest. 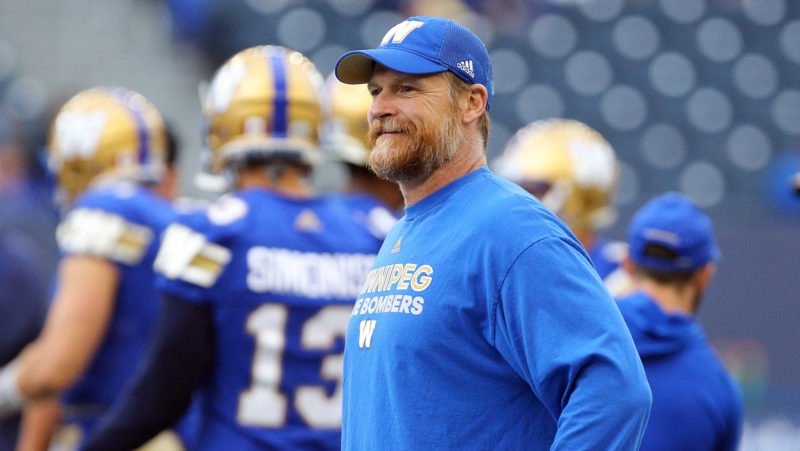 As long as Mike O’Shea is given the pieces, Winnipeg has the ability to be just as exciting in 2019 as they were this past season (Jason Halstead, CFL.ca).

The vast majority of Winnipeg’s pending free agents come from the defensive side of the ball. Names like Adam Bighill, Jackson Jeffcoat, Taylor Loffler and Kevin Fogg all jump out off the page, and each would leave a big hole if the Bombers are unable to find a way to lock them up with contract extensions.

There’s a lot of defensive starters outside of those guys who are also on the list to hit free agency in February, and it may not necessarily be possible to lock each and every one of them up, so the quality of depth from this past season will also be something to consider for Walters and whether or not he feels someone performed well enough to be pushed into competition for a starting job before training camp even rolls around.

While the Bombers have agreed in principle with Jermarcus Hardrick and Stanley Bryant, Canadian interior offensive linemen Sukh Chungh and Matthias Goossen would be highly-touted free agents on the open market. The Bombers have until Feb. 12 to avoid that situation.

It’s unheard of to have your entire backfield unit being composed entirely of nationals, but that’s just the case with Andrew Harris and the rest of the Blue Bombers’ backfield. It’s great to see, really, and it aids in allowing Paul LaPolice get creative with how he wants to play with the ratio on offence.

Nic Demski is the only Canadian pass-catcher who’s a pending free agent, which raises an interesting situation given the arrival of Drew Wolitarsky, who put up impressive numbers his rookie season in the league, as well as the quick development of other nationals such as Daniel Petermann.

Winnipeg just locked up Jesse Briggs on defence with a contract extension. Taylor Loffler may be the next biggest national player on that side of the ball that the Blue and Gold will want to ensure they get signed before he has the opportunity to test the market come February.

It was an interesting season for the quarterback position in Winnipeg this past year. After sustaining an injury in training camp, Matt Nichols was out for the first portion of the regular season, opening the way for Chris Streveler to be the first rookie starting Week 1 of the regular season since Anthony Calvillo did way back in 1994.

Streveler razzled and dazzled us all with his scrambling, along with the ability to deliver the ball as if he’s been in this league for quite some time. Once Nichols returned from injury, the Bombers were sure to keep Streveler involved in the offence, which made Winnipeg one of the most unpredictable teams on the attack. Nonetheless, it was entertaining to watch.

With all three of their quarterbacks being under contract still ahead of 2019, it’ll ensure that the Bombers are set at the helm of their offence.

Andrew Harris, once again, was the focal point of the Winnipeg offensive look. In many games, the 31-year-old handled the brunt of the offence when the passing game wasn’t up to snuff. He finished the season with a career-high in rushing yards (1,390) while adding 451 yards through the air and 11 total touchdowns.

Behind him, Johnny Augustine showed glimpses of what he’s capable of and will be capable of backing up Harris if Winnipeg elects to not re-sign Kienan LaFrance, who served as the second-string back throughout 2018.

Darvin Adams had his second-straight 1,000-yard season and will be under contract for next season. As will Drew Wolitarsky, who ranked as the Bombers’ No. 2 receiver. As for third and fourth on their receiving stat sheet, Nic Demski and Weston Dressler could be heading to free agency if they don’t get extended.

Demski’s versatility made him a valuable piece to Offensive Coordinator Paul LaPolice, making him a high priority this off-season.

The bookends of the offensive line both got contract extensions early this off-season, a big win for Kyle Walters. The all-star duo of Bryant Stanley and Jermarcus Hardrick have been mirroring each other for the past three seasons in Winnipeg when Hardrick joined Winnipeg in 2016. Their centre, Matthias Goossen, will need a new contract along with Sukh Chungh. Continuity along the O-line has been a significant factor in the Bombers’ success the last few years.

Their sack leader is under contract in Craig Roh. Jackson Jeffcoat missed a large portion of the 2018 season as he worked to return from an injury, but still managed to finish tied for third on the team in sacks with Tristan Okpalaugo, both with five. The pair of them, along with Drake Nevis, are three of the five defensive linemen standing as pending free agents.

The biggest name on this list is Adam Bighill, who, after joining the Blue Bombers after a stint in the NFL, was named the league’s Most Outstanding Defensive Player of the year after he recorded 106 tackles this past season.

Jesse Briggs was already locked up earlier this week, taking him off of the list of pending free agents, but still leaves players like Jovan Santos-Knox, who ranked second on the Bombers in sacks.

While there were playmakers throughout the Winnipeg secondary, some of the more exciting players are currently sitting as potential free agents. Kevin Fogg was an asset on both defence and special teams with his returning ability. He also was the team leader in interceptions (4). Taylor Loffler is one of the hardest hitting safeties the league has to offer.

All that being said, however, Winnipeg has depth that’s under contract, as well as starters like Marcus Sayles and Chris Randle.