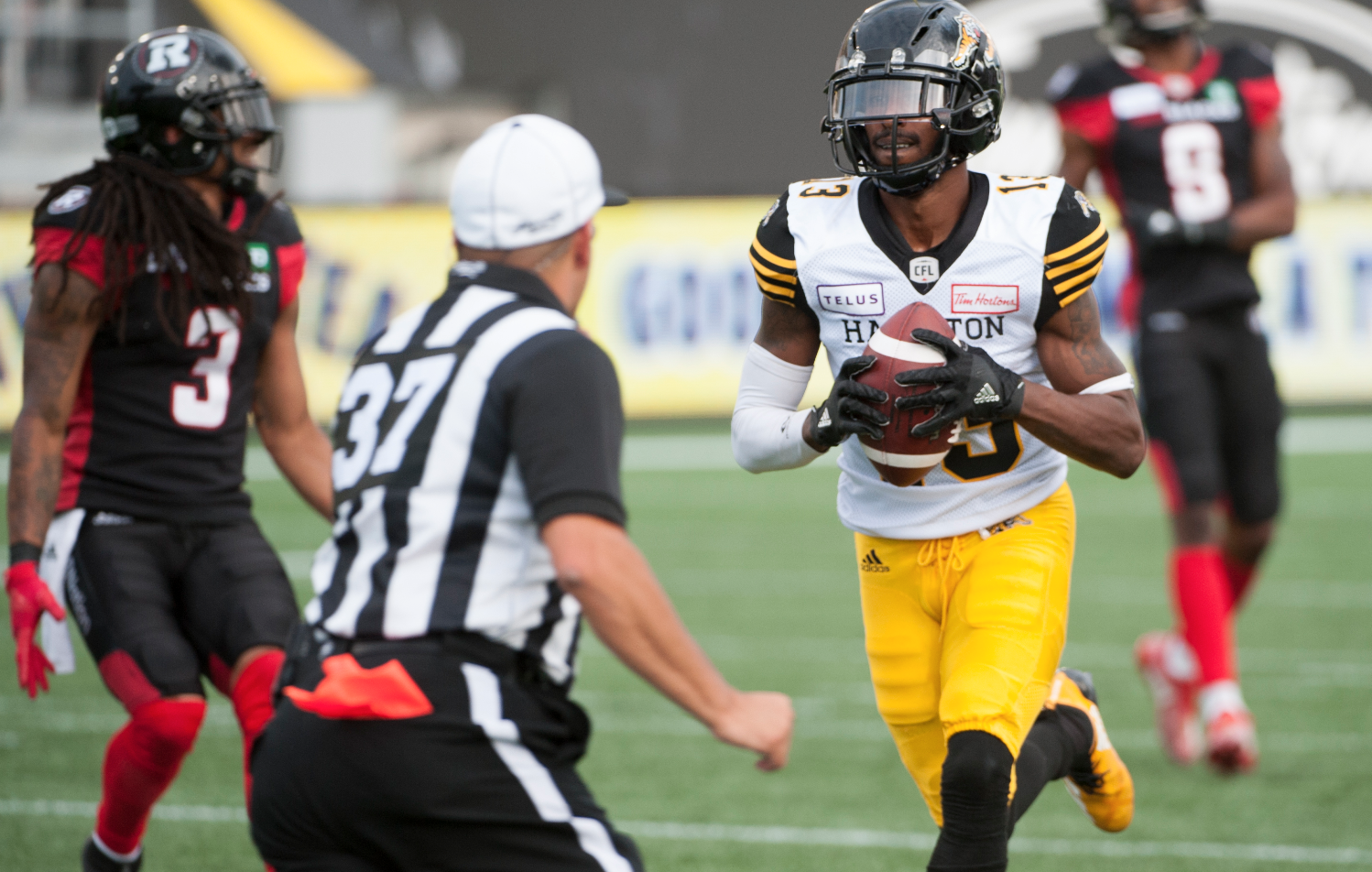 Saunders, 26, registered 45 receptions for 739 receiving yards and two touchdowns in just nine games for the Tiger-Cats last season. The Stockton, California native suffered a season-ending knee injury September 3 versus the Toronto Argonauts. In 25 CFL games over two seasons in Hamilton (2017-18), Saunders has accumulated 121 receptions for 1,909 yards and six touchdowns. He led the Tiger-Cats in receiving yards in 2017 with 1,170.

Prior to signing with the Tiger-Cats, the 5-9, 171-pound wide receiver appeared in nine total National Football League games in 2014 with both the New York Jets and New Orleans Saints, posting one reception for eight yards, 15 punt returns for 125 yards (8.3 average) and three kickoff returns for 139 yards (46.3 average). Saunders ran a 4.44-second 40-yard dash at the 2014 NFL Scouting Combine and was selected by the Jets in the fourth round, 104th overall, in the 2014 NFL Draft. He also spent time with the Arizona Cardinals, Seattle Seahawks, New England Patriots and Chicago Bears during his three-year NFL career.