Ferguson: A Christmas wish for every CFL team 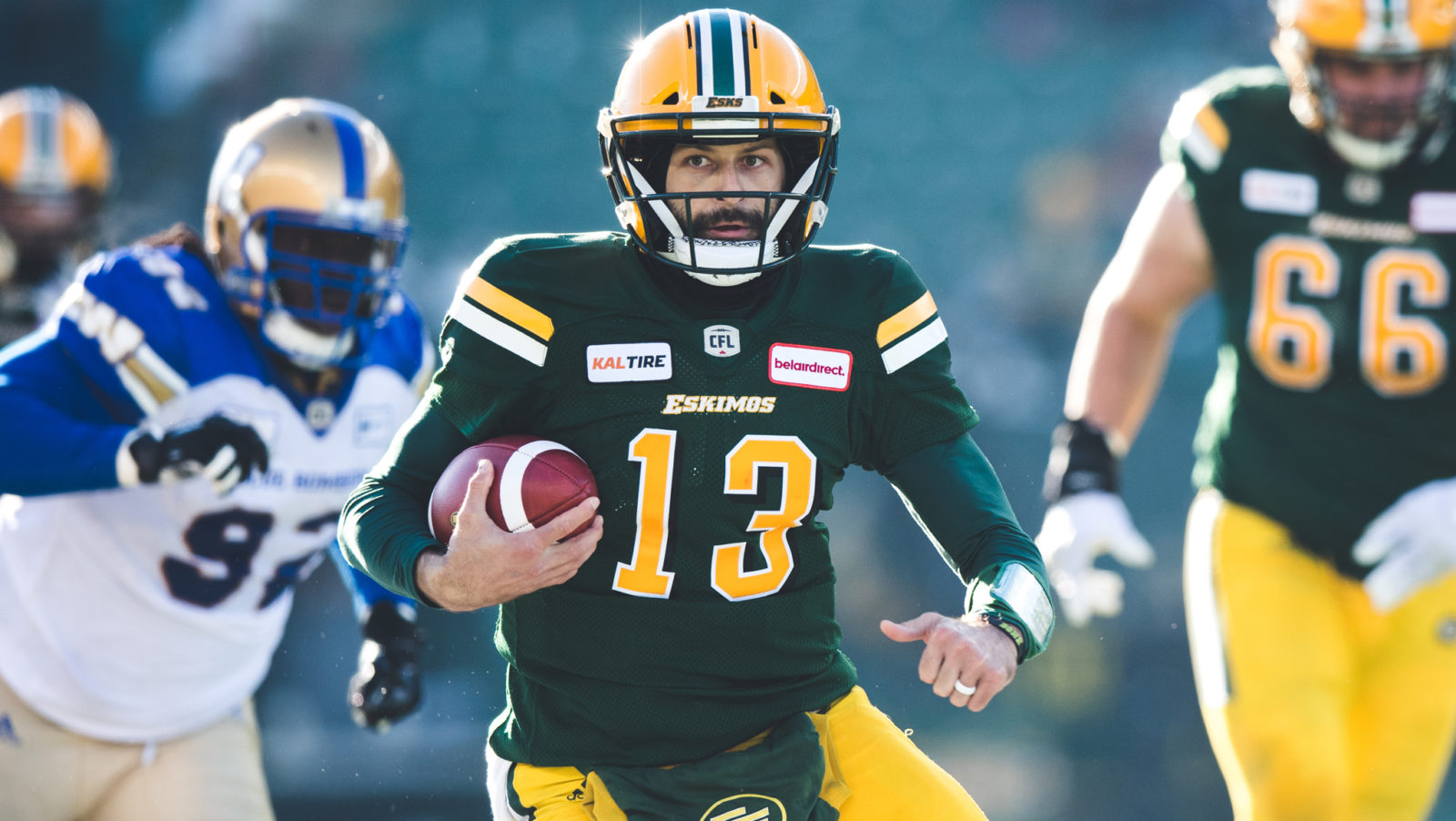 Ferguson: A Christmas wish for every CFL team

I’m not one to wish for much, hell I don’t even ask for much around Christmas. I get to cover Canadian football all year, what else could a guy possibly want!?

With that being said, I do have a wish for each CFL team as we embrace the festive season over a hot toddy.

I got a lot of heat for suggesting that Mike Reilly might want a change of scenery further west to join the Lions if an NFL opportunity doesn’t arrive at his doorstep, but I stand by it.

Reilly could have DeVier Posey to stretch the field, Bryan Burnham setting new career highs in targets and catches and a physical running game. Playing inside at BC Place Reilly has always been good dating back to his CFL start with the club and I believe it would catapult the Lions onto a much faster track back to West division supremacy.

RELATED
» Cauz: What did Derek’s ‘Details’ teach us about 2018?
» 13 Christmas movies that perfectly describe the season
» Harris, Jorden lead the year’s top performances

With the theory in place that Reilly takes the Lions job to be paired with close friend Travis Lulay, I believe the Edmonton Eskimos should go after Jonathon Jennings. Jennings is clearly on his way out of Vancouver as illustrated by General Manager Ed Hervey’s comments earlier this year and the Eskimos could match his style of play allowing a career recreation in a new home.

CJ Gable paired with Jennings could accentuate his ability in the QB run game via zone read or run/pass options while Duke Williams and Bryant Mitchell would fit Jennings’ arm strength well.

Regardless of where Jennings ends up, he’s going to be challenged to eliminate the violent swings from transcendent talent to defunct loose cannon. Why not Edmonton?! If they get his best version the theoretical loss of Reilly wouldn’t hurt so bad.

Bo gets his shot, Dickenson finds the next one

Bo Levi Mitchell has been the CFL’s best quarterback of the last five years. He’s accurate, he thinks the game at an elite level and, as his career has progressed, Bo has become increasingly willing to challenge defences vertically.

He deserves a chance to make life-altering NFL money and despite the fact I love covering him each week during the CFL summer I hope he gets that chance.

If Mitchell heads south, where does that leave Calgary? The likely answer is with a quick replacement featuring a playoff-ready quarterback, but selfishly I’d love to see Dave Dickenson get his hands on a young talented neg list QB and mold him into a standout CFL quarterback.

I’ve experienced first hand what getting coached by Dickenson is like. It’s unique and challenges you every day. Any passer who gets that chance will be better off for it.

Your defence and special teams are way too good in Saskatchewan to not have an offence and quarterback capable of winning a Grey Cup.

Zach Collaros might be the answer when healthy but that just hasn’t happened consistently for years and what’s left behind him on the depth chart couldn’t push that offensive struggle boulder up any mountains this year. The Riders need to go get THE GUY.

A game changer who you know has the goods in the big moment. I appreciate Chris Jones’ approach to roster building with a sound ground game and aggressive defence but get a quarterback, please, for the people of Saskatchewan.

This is no slight to Matt Nichols, I just really love watching Chris Streveler play football and want more of it. Streveler hit a wall in Week 3 against Hamilton but rebounded as a pack player in the back half of the season and with Paul LaPolice remaining in Winnipeg this off-season to refine the talented rookie’s cannon arm, I’d love to see copious amounts of creative QB run calls and bootlegs off Andrew Harris play-action in 2019 for Streveler and the Bombers.

He came, we saw, we enjoyed.

June Jones’ approach to the game is equally simplistic and complex based on years of tried and tested concepts. In the conference call which saw Jones step down from head coach to offensive coordinator, making way for Orlondo Steinauer to take the big job, Jones said, “the more I look at it, I just want to be the best we can be and break every record there is”.

With Masoli another year wiser and an offensive identity already established I’d love to see what June Jones can do in 2019 with a HEALTHY receiving core.

Last year the Argos had a pass rush until they didn’t.

They had a run game, then it faded.

In 2019 with Corey Chamblin at the helm, I wish for Argos fans to have a clear and decipherable team identity to rally around.

Brad Sinopoli breaks his own record

In 2018 Brad Sinopoli had the best season of catches a Canadian has ever had. The challenge now is to not regress and possibly even expand Sinopoli’s workload to become more of a redzone threat offsetting the work of Greg Ellingson and Diontae Spencer.

I’d love to see Brad put up another season similar and who knows, with Jaime Elizondo’s uptempo offensive attack maybe he could even better his own record number of catches in 2019.

Manziel figures it out

Whether you love him or hate him – and there doesn’t seem to be much in-between on this guy – the reality is the CFL would be more fun and Montreal would be so much better off if Johnny Manziel gets the CFL game and is able to restore the burst that made him ‘Johnny Football’.

If Manziel can’t spearhead more than the odd upset Montreal will be forced to ask some very daunting questions about their most important position and future.

Kevin Glenn hangs out long enough to be a Schooner

To our newest friends from the East coast, how could I not include you!

To you, I wish nothing but the best as you get ready to – finally – join the CFL family. We have months, years even to discuss the serious moves you will need to make in roster building but my Christmas wish for you is to employ quarterback Kevin Glenn.

Even if it’s just for a day, it would be the perfect quirky start to your wonderful Atlantic Canada culture and KG would be sure to embrace the experience.

Oh, I also wish for you to nail your colours, logos and jerseys. Branding is crazy important in football expansion and with iconic brands all over the CFL you need to put together a look that matches the enthusiasm we all have for the final link joining the coasts.

That’s it for now. Maybe I’m needier than I realized. I mean nobody gets TEN wishes on a given day answered, but a guy can dream for a Christmas miracle can’t he?!