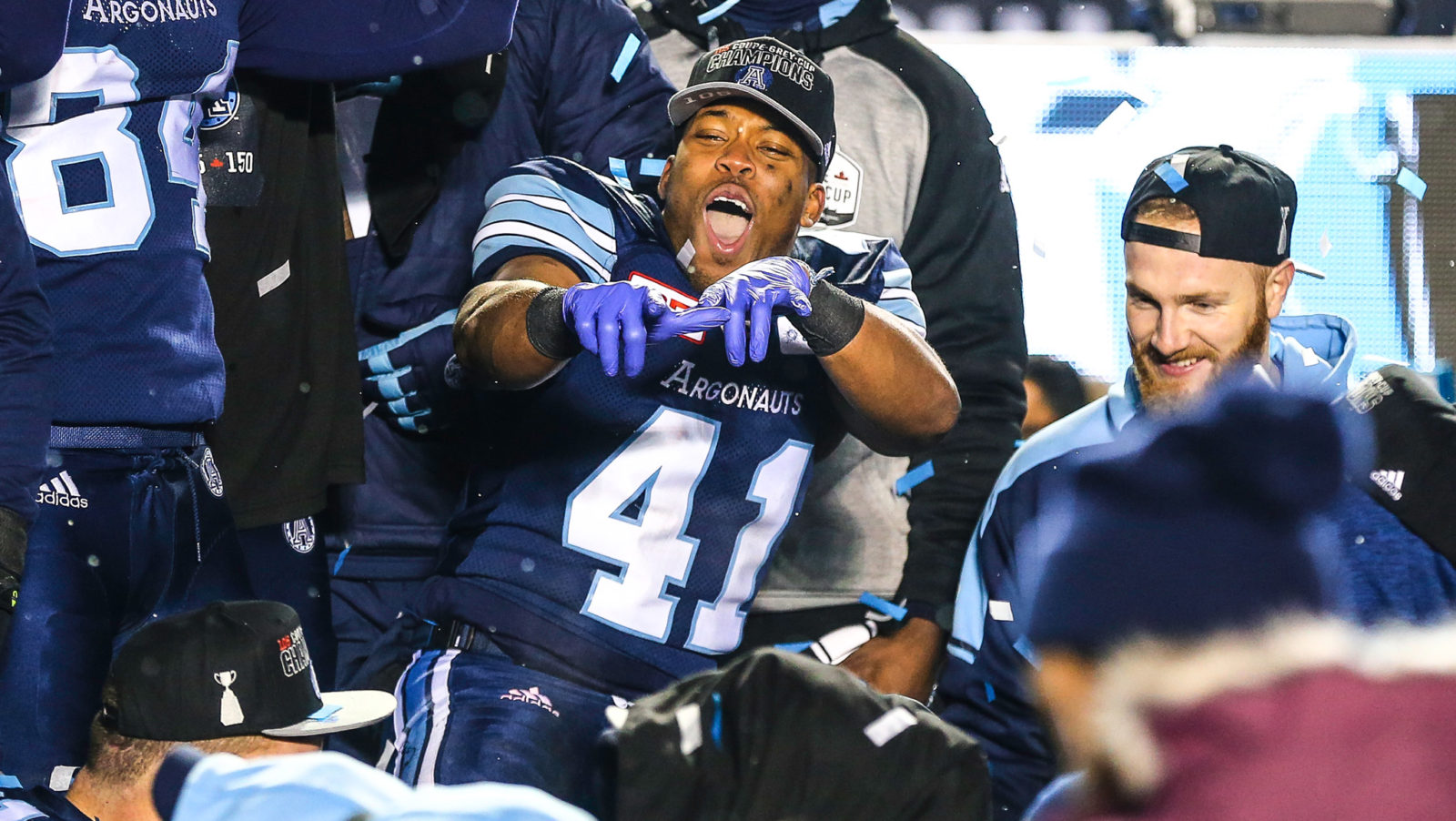 TORONTO — The Toronto Argonauts have signed national linebacker Nakas Onyeka to a two-year contract extension, keeping him with the club through 2020, the team announced Saturday.

He was due to become a free agent in February.

Onyeka, 24, was originally drafted by the Double Blue in the fifth round of the 2017 CFL Draft out of Wilfrid Laurier University. The native of Brampton, Ont. played in 17 regular season games in his rookie season and piled up 14 special teams tackles.

An injury in Week 2 of 2018 ended Onyeka’s season early, as the linebacker finished the season with three special teams tackles and one defensive tackle.

The 6-foot, 210-pound linebacker played 28 games over four seasons for the Golden Hawks and amassed 185 tackles, 7.5 sacks and 23.5 tackles for loss. Onyeka led the OUA in solo tackles with 51 in his final year and was named a First Team OUA All-Star, First Team U Sports All-Canadian and received the OUA President’s Award as the conference’s best defensive player.