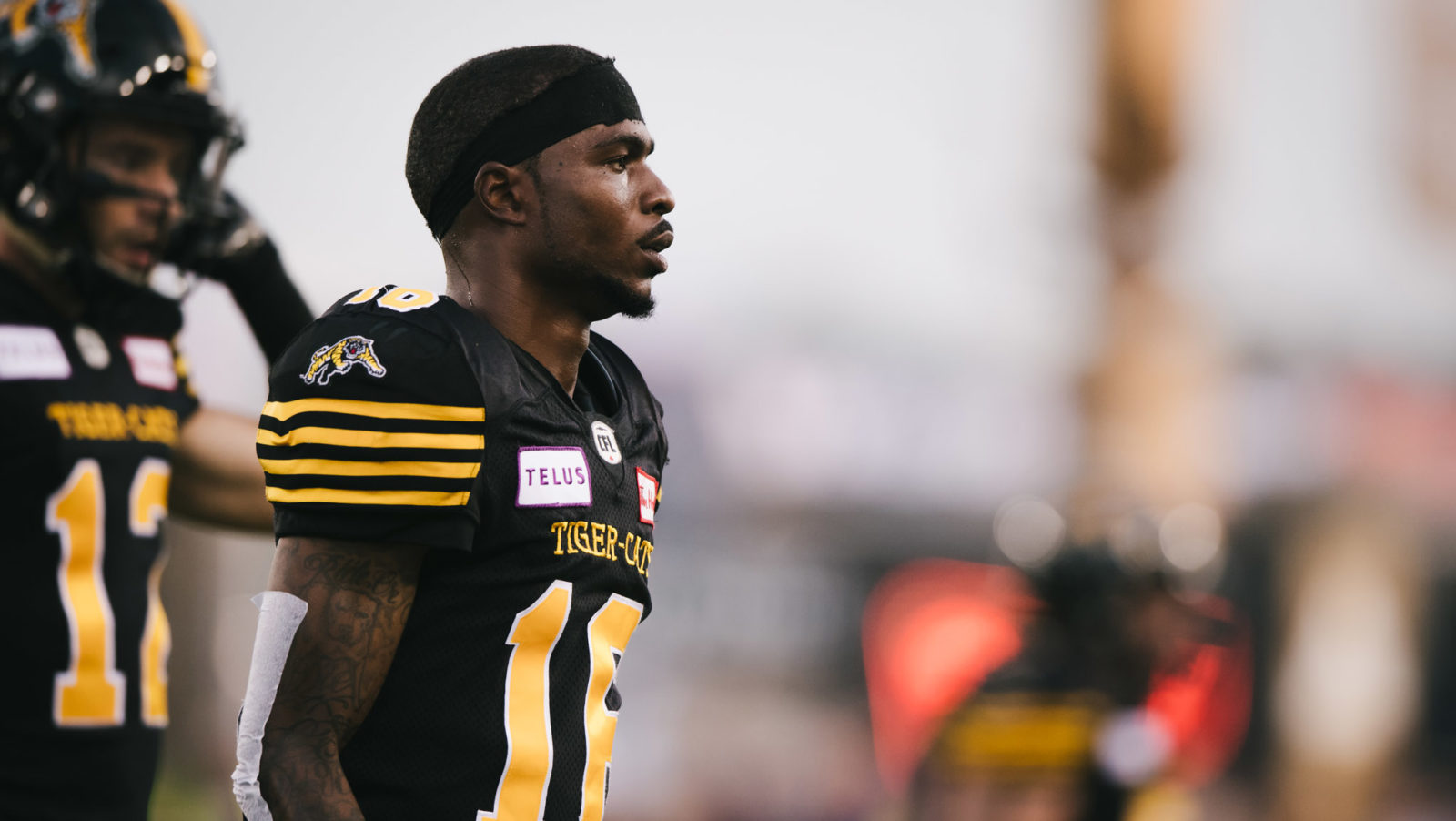 There are 138 days until training camps open. We have free agency, the draft, trades will happen before then and a handful of big name players find themselves released for salary reasons.

But that doesn’t stop me from starting the year with some bold predictions.

TOP NEWSMAKER OF 2018 CONTINUES TO MAKE HEADLINES IN 2019 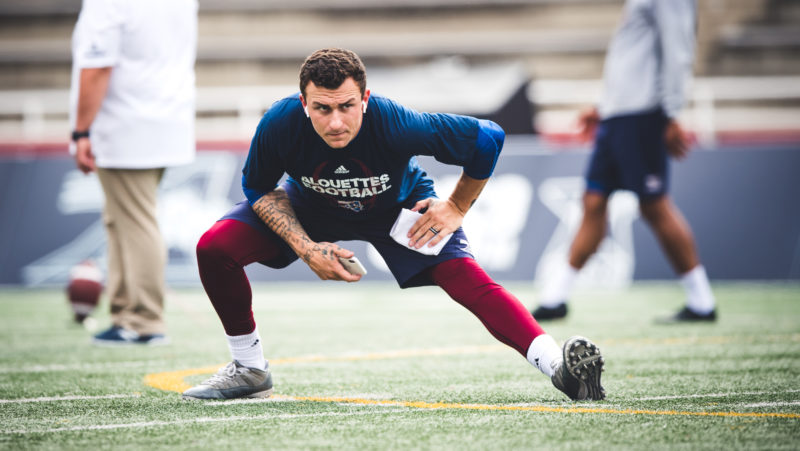 How will Johnny Manziel perform in his second season in the CFL? (Johany Jutras/CFL.ca)

Don’t think you won’t get more intrigue from Johnny Manziel in 2019. Whether he stays in Montreal, decides the CFL isn’t for him, wins the No. 1 job in camp, gets traded, released, signs somewhere else, there is a lot of intrigue in year two for Johnny Manziel and what is to come from him in his second season in the league.

I feel Manziel could make notable improvements in his second season after getting a lesson on just how tough it is up here!

Montreal has a full roster of quarterbacks under contract for next season with a mix of CFL experience but a lot of players who had some hype when they arrived in the CFL including Manziel and Vernon Adams.

It’s been a long time coming in Saskatchewan for a quarterback to arrive and show on the field that Rider Nation can see a future and an exciting one ahead.

With only one quarterback signed for next season (David Watford), there is a lot of movement to happen in the coming months in Saskatchewan on the quarterback front and while it could be some growing pains with a young quarterback, at least some hope should make some in Rider Nation feel there is a future at the position.

There should be another veteran is on their way to stabilize the position if a new face doesn’t grab hold of the No. 1 spot.

I think it is set up to see Corey Chamblin take over as head coach in Toronto and find success. His departure after 2017 had a huge impact on the defensive side of the football and he’s taking over the defence again while also being the head coach.

Chamblin learned some things in his previous tenure as a head coach. One of those lessons was how to win a title in 2013 but also how to handle the ups and downs of a season like he saw in the other two and half years in Saskatchewan.

And if Chamblin brings the Argonauts back from last place to a run for first in the division, he should be set up to win his second Annis Stukus Award. But first, how does his quarterback play? That will be a deciding factor in his success but there is still a lot of talent in Toronto. 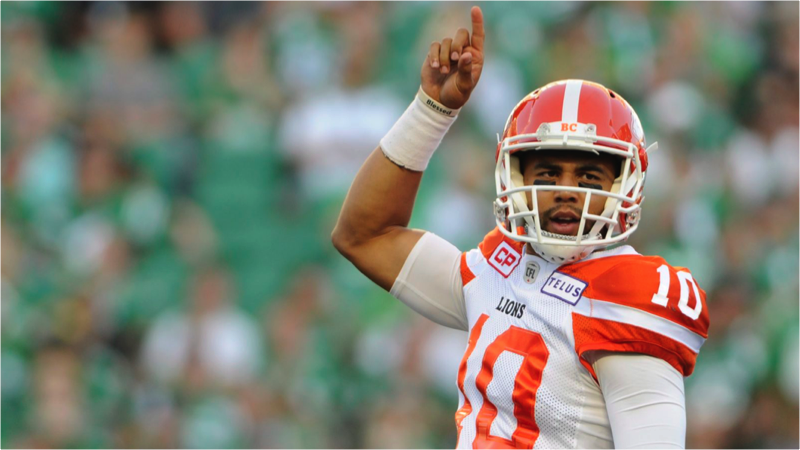 Will Jonathon Jennings have a comeback year in 2019? (CFL.ca)

Where he ends up, we do not yet know, but I’m still a believer that Jennings has the tools to be very successful in the Canadian Football League.

If/when he gets his chance to play after some extra motivation from BC general manager Ed Hervey’s public criticism of the quarterback.

Whoever picks up the 26-year-old will get a good one. And his age shouldn’t be ignored, traditionally you don’t see a quarterback really find his groove until his late 20s and early 30s so Jennings still has time to find a more consistent game.

There won’t be a bigger story in the CFL off-season than what the two quarterbacks in Alberta do.

It’s obvious Bo Levi Mitchell is likely headed to an NFL camp, and we could find that out in the coming days, but what happens to Mike Reilly in February is going to have the CFL spinning.

To think Calgary could be in the bidding to land Reilly but Edmonton, Saskatchewan and BC are the top three teams to look out for and when Reilly decides where to play there will be two teams looking to land a quarterback with experience ASAP.

And with the amount of CFL free agent quarterbacks, it leads to an interesting February free agent period.

FALL OF THE STAMPEDERS

I know, I predicted this last season. But my biggest mistake was doubting Bo Levi Mitchell couldn’t get it done. Now without Bo, what happens to the Stampeders.

They’ve also lost their talent defensive coordinator and have more talent on the free agent list. Add to that Alex Singleton could also get an NFL look.

At some point the streak of 12+ win seasons has to end and while I won’t say they miss the playoffs, I’ll say they won’t be first or second in the West. 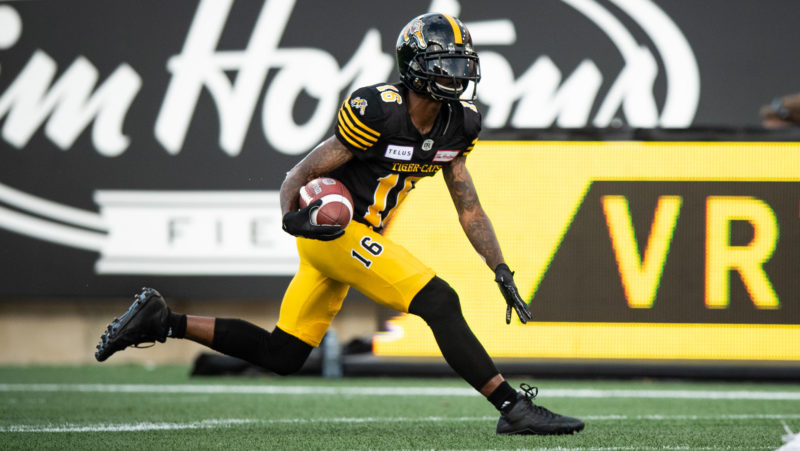 Is Brandon Banks in line for a 2,000-yard season? (Johany Jutras/CFL.ca)

Banks has the speed and elusiveness that scares every defender who has to try to handle him and every defensive coordinator that has to game plan for him. He is a player that doesn’t appear to be someone you can slow down with a game plan and June Jones putting his full effort into the offence with Jeremiah Masoli, there will be much more in store with that tandem…. as long as they can re-sign him in free agency.

Even if he lands elsewhere, I think he’ll be good for a 1,500-yard plus season.

BREAK OUT SEASON FOR DREW WOLITARSKY

Going through the 2018 season, I just couldn’t ignore the 650 yard season by Drew Wolitarsky and think there is much more there for the receiver.

Wolitarsky was a deep threat and could play a bigger role in the receiving corps for the Bombers in 2019 after showing he could contribute on a regular basis.

A 1,000 yard season and an All-Star spot could definitely be in store for the National receiver.

After three straight seasons and four of the last five we’ve seen a Western team head East in the playoffs.

In 2019, we see a better effort from the East and a little bit of a drop in the dominant West Division with Calgary, BC and Saskatchewan having a slip and if Reilly doesn’t re-sign in Edmonton, I don’t think they’ll be close to a nine win season.

Hey, if I’m going to make bold predictions in January about a season that isn’t any where close to starting, I might as well go all in with a way out there, way too early Grey Cup prediction.

With possibly the only West Division team that keeps a good part of their corps for 2019, that consistency, especially at quarterback pays off big time on the road to the Grey Cup.