Nantus Baard may be a young guy taking full advantage of opportunities to display a rather conspicuous demonstration of desire and a willingness to tackle challenges.

Only 11 years old, but quite physically and mentally competitive, Baard is fortunate to have played on the 2017 and 2018 Provincial football championship teams with only one loss in that time span – and that came as a result of a forfeiture because of poor field conditions.

There is a bit of irony, too, in that Baard didn’t know much about the Canadian game of tackle football a few years ago.

Born in a South African community, he was mesmerized with rugby and soccer. It wasn’t until his family moved to Canada, and settled in the Greater Halifax Area, that Baard, then an eight year old, watched football for the first time. He made new friends who played, and then took their advice to learn the rules and put on a uniform. 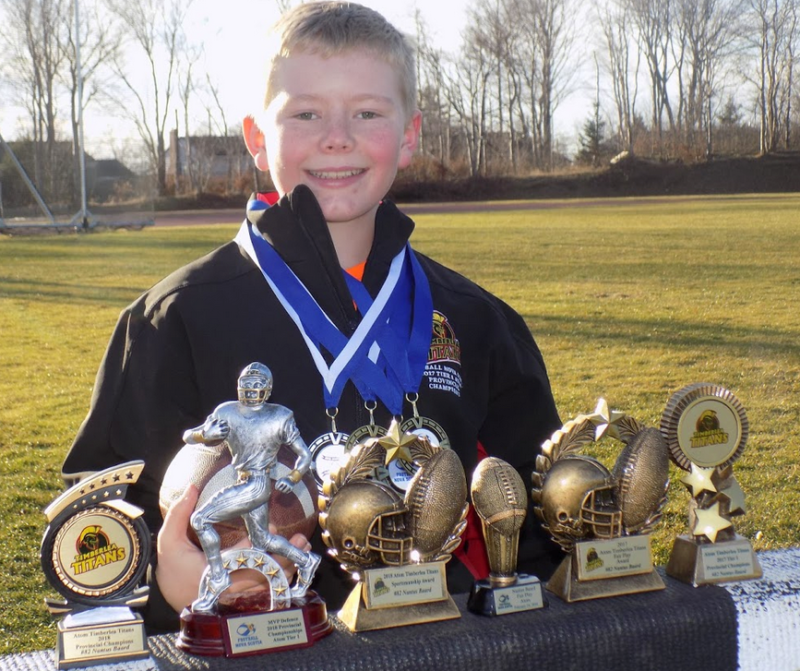 Baard had a choice of sticking to the familiar sports, or try something new. You may be surprised that for him, the decision was easy to make – and he was poised for the spotlight. It might also turn out too huge for a kid who had aspirations of playing professional football.

“Defence looked like fun because I liked the hard tackling, maybe because we’re used to contact sports in South Africa,” said Baard, with his parents nearby to help, if needed, elaborate on thoughts and expressions. “Competitive rugby (in South Africa) is like hockey here.”

A winner of several coveted individual gridiron awards for his age class, Baard is adjusting quite well to a new culture and a language different from Afrikaans – the one that he grew up with in his hometown, about a 30-minute drive from Johannesburg.

“I love tackle football and I’m not afraid of working hard and putting in the effort. I try to inspire my teammates, tell them to have a good game, do the right thing, control emotions and respect the coaches.”

Poised and articulate for a kid his age, Baard can hardly wait for next season and becoming a better player. Meanwhile, in the off-season, he watches football videos, visits the library to take home football books and there is also non-stop television, studying football players and their moves.

On the gridiron, his success, as a dominant linebacker in the Timberlea Titans Minor Football organization, not only has high school coaches salivating and wondering about his future plans, but people are tracing his evolution, growth and dominance.

To say that Baard has grasped the game, while still exploring and adapting to a new language and community awareness, may be somewhat of an understatement. Wipe away any concern, as an exuberant and inquisitive Baard, according to his parents, just can’t get enough of the sport. 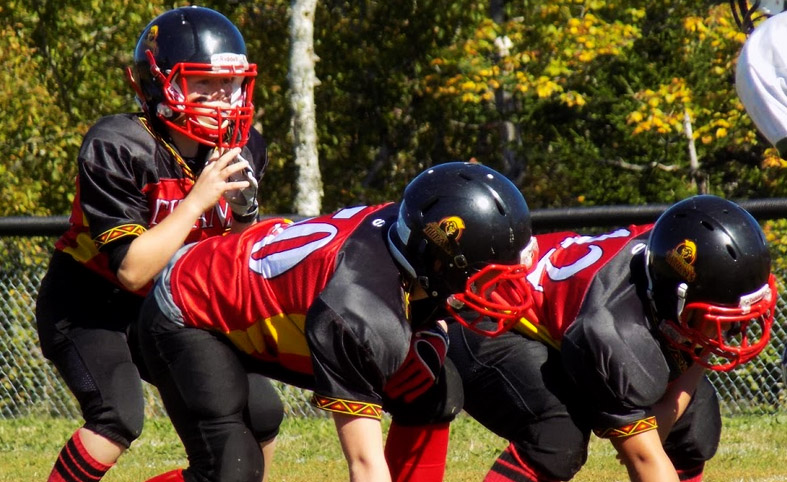 Colby Smith has coached minor football in Nova Scotia for almost a decade and clearly remembers his first contact with the import from a country on the southern most tip of the African continent known for beaches, safaris, lush wine lands and great rugby teams.

“He came to us during a Spring clinic of non-contact football designed to get kids excited about the upcoming season and recruit newcomers,” recalled Smith, whose tutelage has been instrumental. “It was more of an introduction to football. (Baard) was very quiet, but I could see the talent. He stood out, ran like a football player and I knew this was a kid who could make an impact.”

Smith said Baard just kept getting better and better, listening, adapting, focussing and was keen on improving. To Smith, it was no surprise that Baard would go on to win Most Sportsmanlike Player awards in back-to-back years and also earn the Most Valuable Player (Defence) in the 2018 Nova Scotia Atom championship game.

“He became a dominant player in such a short span of time,” said Smith. “Over time I grew to know him, it was like I got a gifted athlete. For many new players, it takes time, the drive, focus and determination comes eventually. For him, he absorbed everything you taught him, executed well and there was nothing more a coach could ask for.”

With his parents beginning the process towards Canadian citizenship, Baard is doing well academically. When he’s not collecting cards, as in football, he is interested in youth empowerment and equality, fairness and sustainability. He’s also a member of a Me-to-We group that raises money for those in need of food and shelter.