Brock Sunderland is in a unique position compared to the other eight general managers in the league and yet he’s kind of in the same place that everyone else is right now.

On one hand, there’s the elephant-sized task of re-signing Mike Reilly. The 2017 MOP is, of course, beloved by Esks fans that have been spoiled with his play since joining the club in 2013. Those other eight GMs may well all take a swing for the fences when free agency opens on Feb. 12 and pitch the touchdown-throwing, hit-taking, ticket-and-merch-selling franchise quarterback that at 34, still has a ton of great football left in him. Keeping what everyone else has eyes on will be tough and Sunderland knows that.

“I told this to Mike very recently, as much as it’s hard to be objective for me, I get it,” Sunderland said this week at the CFL’s presidents and GMs meetings in Mont Tremblant.

“When are you ever at the pinnacle of your career and you’re hitting the free agent market and you know you’re going to be the hottest commodity out there?

“If I take a step back and I’m not with the Eskimos and I’m not in my role I understand it and I respect that. I respect the fact that he has a family and he has to make the decision that’s best for him and his family.

“You can control what you can control. So what we’ve done is share with him how valuable he is to our franchise and how much we want him with us and made as aggressive of an offer as we can and that’s what we can do.” 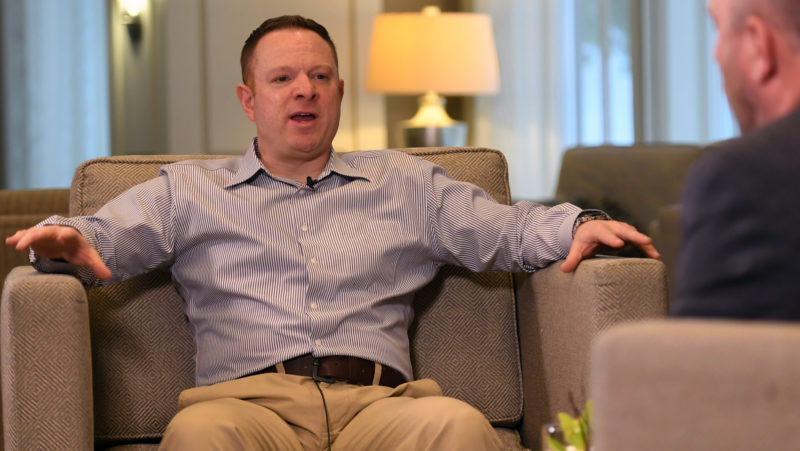 And this is where Sunderland is with everyone else in the league. He’s waiting.

Reilly is waiting for a new CBA to be negotiated before he signs a new contract. Thanks to a couple of years’ worth of anticipation over the soon-to-expire CBA, a flood of one-year contracts have left over 300 free agents across the league, with many waiting to see what kind of financial options a new deal might bring. While some deals have been made over the last couple of months, most of the biggest names in the league and by default, their teams, are in a holding pattern.

“I think I’m like everybody else. Everybody’s waiting for some dominos to fall and then you’re going to have a little more clarity on what you can do with your salary cap and your roster. Those always go hand in hand. It’s challenging,” Sunderland said.

Where the Esks have seen change so far is with their younger, talented players. They’ve lost four players — receivers Duke Williams and Bryant Mitchell, along with d-lineman Jake Ceresna and defensive back Mercy Maston — to the NFL. Another receiver in Derel Walker and second-year Canadian defensive end Kwaku Boateng could still sign contracts with the NFL.

“He’s worked out for a lot of teams,” Sunderland said of Boateng. “I think he’s intriguing because he’s young and he’s explosive and he’s had really good production. It’s hard to find pass rushers. If you can get after the quarterback, I think no matter what league you’re in or what school you’re from there’s going to be some interest.”

Priority No. 1, of course, is ensuring that arguably the best quarterback in the league stays on your roster. After that comes replacing those NFL-bound receivers.

Further down the line is the 2019 season itself. The entire Esks organization can’t wait to get back on the field to try to right the wrongs of a disappointing 2018 that saw them go 9-9 and finish last in the West, on the outside of the playoffs looking in on a year that they hosted the Grey Cup. 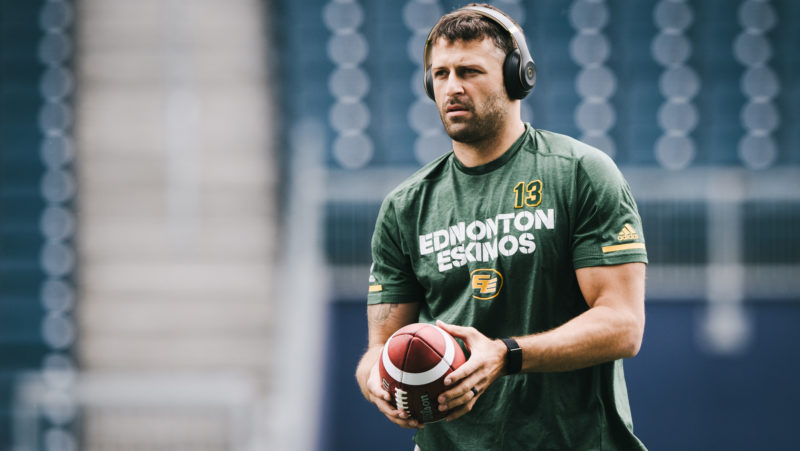 The Esks fell short of expectations in 2018, as the Grey Cup hosts missed the playoffs (Johany Jutras/CFL.ca)

“One of the most appealing things about coming to work for the Edmonton Eskimos is that I know their fans love football as much as I do,” he said. “I’d much rather be in a place where expectations are high and people are die-hard.

“I love that the fans love it the way that I do and they want us to win it as much as we do.”

Wherever free agency takes the Esks this winter, Sunderland is confident in what the team can offer. In keeping Jason Maas as head coach through a trying season, he’s got one of the best offensive minds in the league leading the team onto the field every week.

“If you look at Jason as a play caller and the system, if you go back four years now Jason’s had two MOPs in Henry Burris and Mike Reilly. Both are very good players but they did it under Jason’s system.

“Look at the receivers and the yards they had. If you talk about the four 1,000-yard receivers we had in Ottawa then (in Edmonton under Maas) you’ve had Derel Walker, Adarius Bowman, Brandon Zylstra, Duke Williams, Bryant Mitchell. I think we’re a pretty appealing place if you play quarterback or wide receiver, no matter who you are.

“If you’re an offensive player I think Edmonton’s a very appealing place to be.”