LFA athletes put through paces for CFL teams at Combine 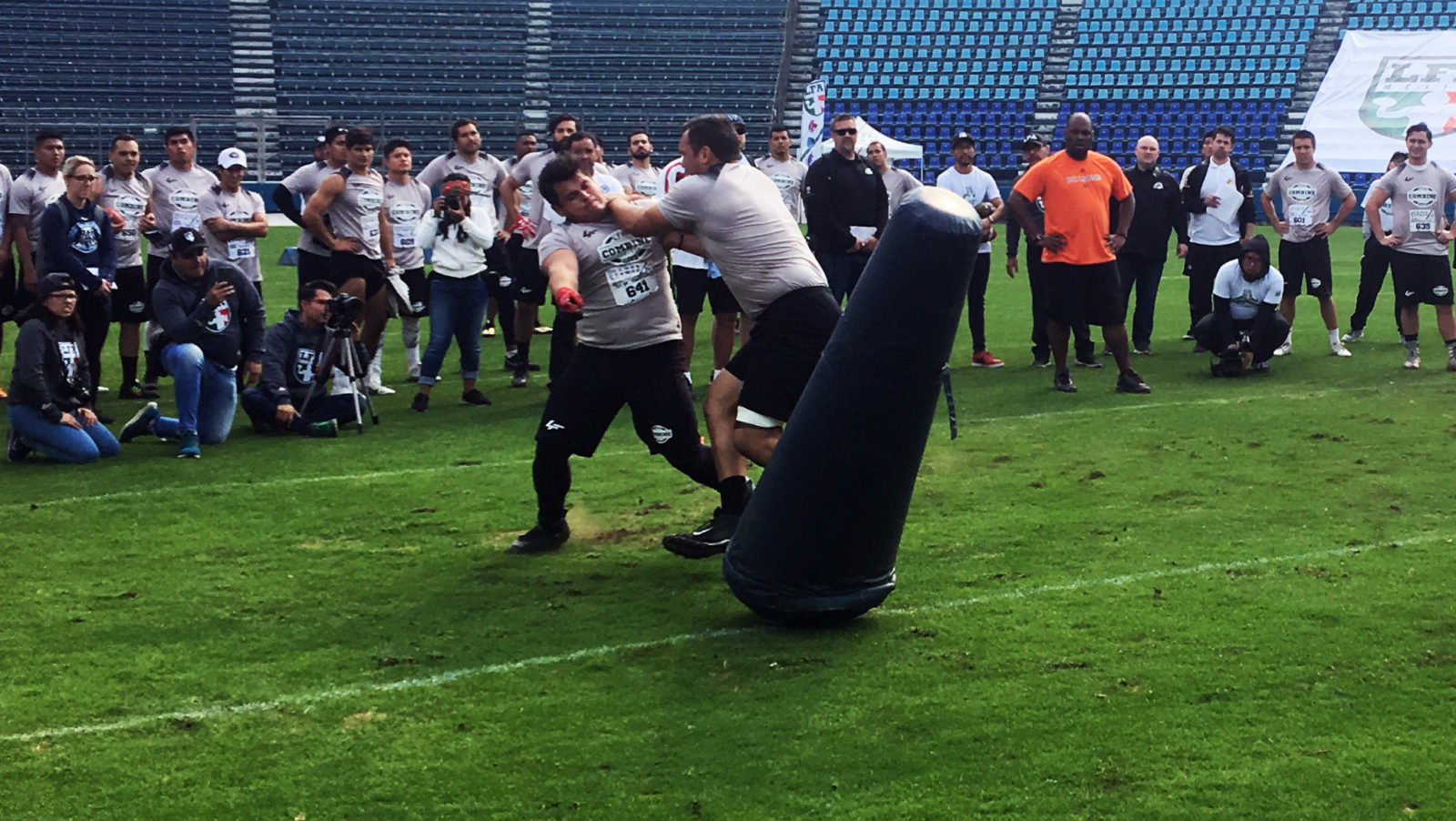 LFA athletes put through paces for CFL teams at Combine

But for the athletes who participated in drills and tests of speed, agility and strength, it was a chance to audition for a major league with decades of history and tradition.

“The CFL opening the door to us is a dream come true,” said Octavio Gonzalez, a star defensive end with the Monterrey Fundidores of the LFA.

“It’s a big league. It would be just so awesome to play in one of those big stadiums with all those people. We would bring our best, our passion and give it our all.”

Octavio Gonzalez helped his cause by posting the best result in the bench press: 33 repetitions. Wide Receiver Gerardo Alvarez of the LFA’s Dinos, located in Saltillo, posted a time of 4.65 seconds in the electronic 40 yard dash. Diego Viamontes, a wide receiver with Mexico City’s Mayas, posted the top time in the shuttle: 4.20 seconds.

The 51 players from the LFA and Mexican collegiate programs who participated in Sunday’s combine are eligible to be selected by one of the CFL’s nine teams in a draft to be conducted in Mexico City on Monday.

Sunday’s combine was attended by representatives of every CFL team including head coaches, general managers, personnel directors and scouts, who will ultimately decide which players may have earned an invitation to training camp.

The CFL has embarked on what Commissioner Randy Ambrosie calls CFL 2.0, a bold plan to grow and strengthen the league for the future.

“The CFL is open to the world as we strengthen our league at home, enhance our opportunities abroad, and grow the game of football everywhere,” Ambrosie said.

“This strategy takes off with Sunday’s combine. I want to thank these dedicated and talented Mexican athletes and our good friends at the LFA. We look forward to seeing some of these players at CFL training camps and to deepening our relationship with the LFA.”

The four-year old LFA is an exciting and emerging professional league in a country with a long and established college football tradition and a keen interest in gridiron football.

“Today is pure history because it’s the first time one of the most important football leagues in the world is looking at Mexican players in a formal way,” said Alejandro Jaimes, Commissioner of the LFA.

“It’s a historic day for the LFA because we are a young and growing league and our talent is here with a dream to play professional football in a big league like the CFL.”