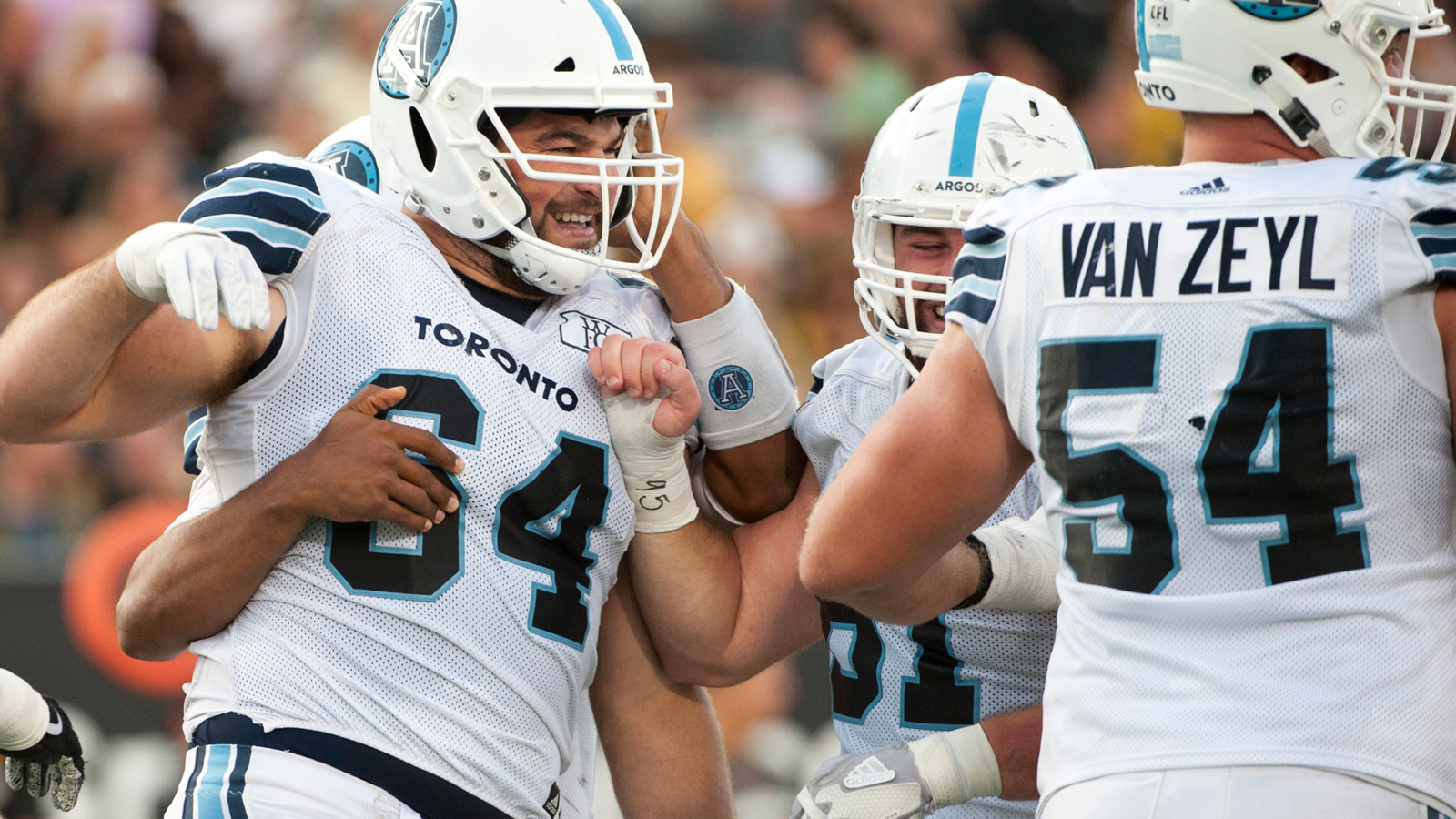 TORONTO — The Toronto Argonauts have re-signed offensive lineman Ryan Bomben to a three-year deal, the team announced on Tuesday. The All-Star guard was acquired in a trade with the Montreal Alouettes on July 29, 2018 and was set to become a free agent in February.

“Trading for Ryan last season and now extending him for the future was important,” said Argos General Manager Jim Popp. “It gives us additional quality leadership on the team and in the community, experience in the trenches and flexibility with our ratio. We just got better today for the 2019 season.”

The Burlington, Ont. native and former Guelph Gryphon, is elated to return to the Argos.

“My family and I are thrilled to be back in Toronto,” said Bomben. “Last season’s outcome was obviously disappointing, but I believe in the direction this team is going. We have a great group of guys and a great locker room which is why I wanted to come back to the Toronto organization. Jim Popp’s track record is tremendous and I am confident that he will do whatever it takes to put us in the best position to win.”

Bomben played in 12 games for the Argos, starting the final 11 at right guard. The eight-year CFL veteran caught one pass while lining up as a tight end. It was a three-yard touchdown at Hamilton during the Labour Day Classic. He would be named an East Division All-Star for the fourth-consecutive time.