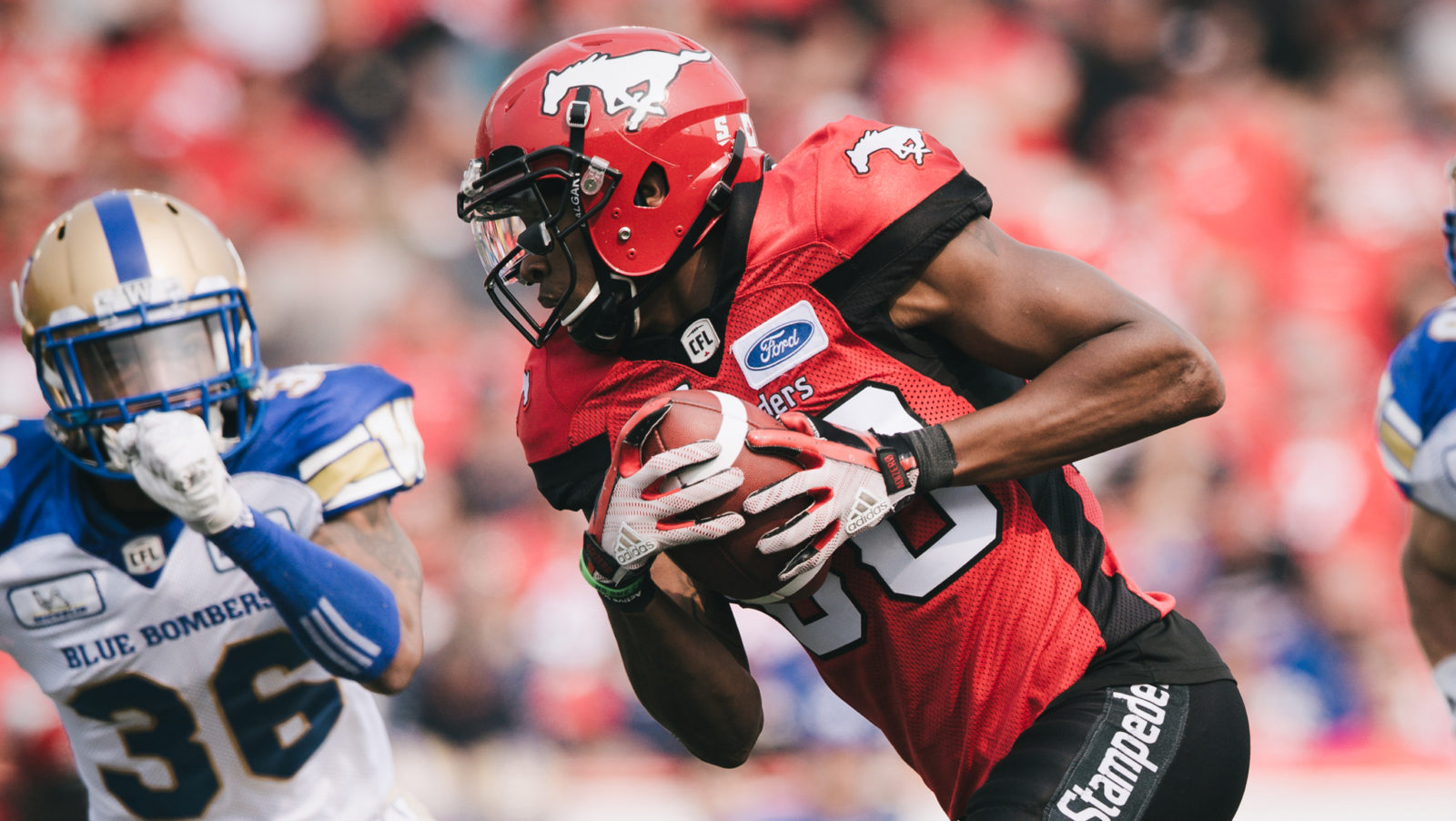 CALGARY — The Calgary Stampeders have signed international receiver Kamar Jorden to a two-year contract extension, the team announced on Friday.

The Bowling Green State University alum was eligible to become a free agent on Feb. 12.

Jorden earned West Division all-star honours in 2018 despite playing just nine full games before suffering a season-ending knee injury against Edmonton in the Labour Day Classic. Though he played barely half the season, Jorden ranked fourth in the West with 944 receiving yards and he was sixth in the division with six touchdown catches. He established a franchise single-game record with a 249-yard performance against the Winnipeg Blue Bombers on Aug. 25.

“I’m very pleased that Kamar has made this commitment to the club,” said Stampeders president and general manager John Hufnagel. “Kamar had established himself as one of the league’s premier receivers prior to his unfortunate injury and I’m confident he will return to that level of play once he’s completed his recovery.”

Jorden, who first signed with the Stamps in 2013, has played 32 career regular-season games for Calgary and has accumulated 152 catches for 2,254 yards and 15 touchdowns.

“I started my CFL journey here in 2013,” said Jorden. “Through the highs and lows, Calgary always stuck by me and I’m doing the same. Let’s get to work.”