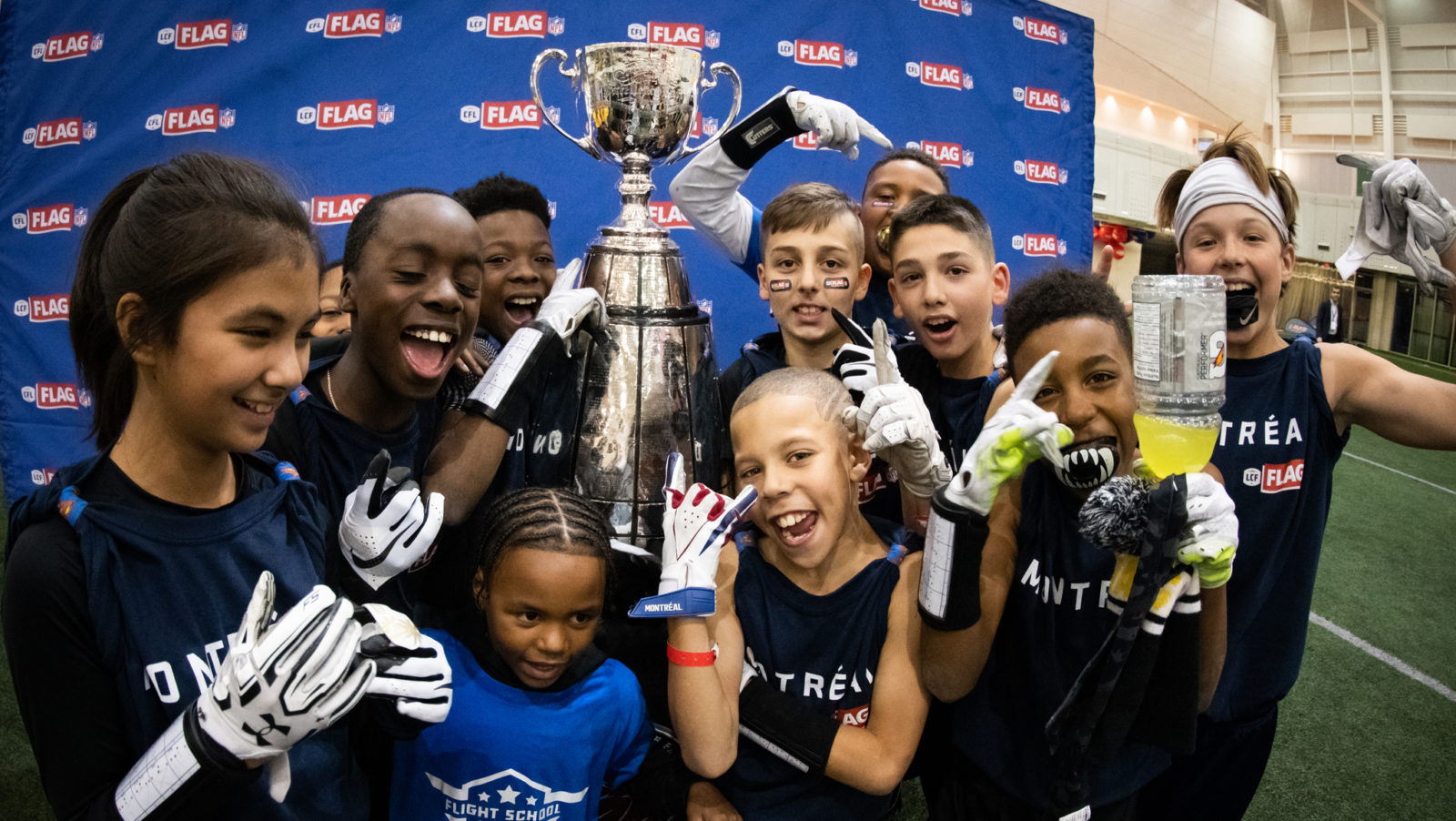 They’re 10 kids between nine and 11, the only Canadians playing in a flag football tournament at the Pro Bowl. With unknowns surrounding them, Jamil Springer looks at his team and sees one thing.

“They’re confident. That’s the word I’d use to describe them,” the coach of the Montreal-based team, Flight School, said this week as the group prepared for its flight to Orlando.

Flight School stormed through the qualifying tournaments to make its way to the Pro Bowl. The kids were undefeated at their CFL-NFL Flag regional qualifier in Montreal on Oct. 7, outscoring their competition 91-0 in round-robin play. They gave up 12 points in the playoffs and earned a spot in the national tournament, which was held during Grey Cup week in Edmonton.

They went 6-0 in Edmonton, outscoring the rest of the country 150-40. That sent them to the NFL’s Pro Bowl weekend in Orlando, where they’ll go up against flag teams from across the United States. 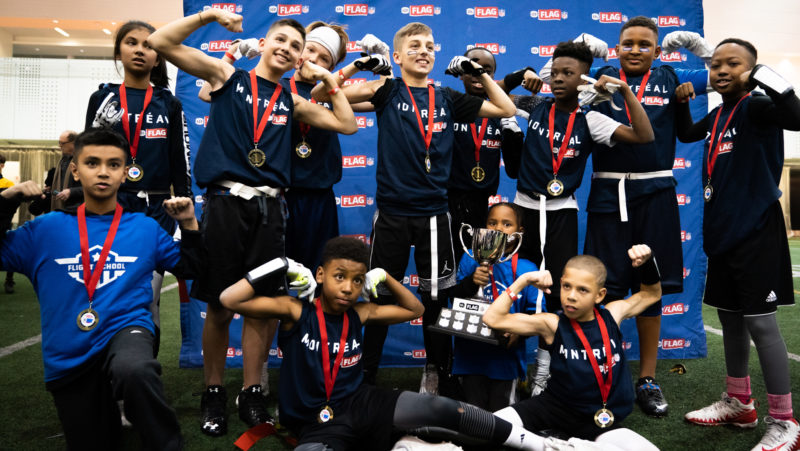 “They’ve got a little bit of swagger to them,” Springer continued.

“They’ve got some showmanship to them and they have a lot of fun. I think at this age, the level they are, usually kids don’t act like that until they’re 14 or 15. So when they play opponents the same age as them, nine, 10, 11, they get thrown back. I think mentally they dominate before the snap even happens. And they’re really skilled players. That helps.”

A year ago, Springer found out about the CFL-NFL Flag program a little too late to put a team into the regional tournament. He and Jean-Marc Michel run the Flight School program as a means to coach and mentor inner-city Montreal youth. Already running year-round football camps, they had no trouble putting their team together. Springer and Michel’s sons play on the team.

“What we did was all the kids that come to our camp…we formed a team and entered the tournament. Some of the kids play on a flag team together already, there’s a handful of them, about 5 out of the 10. The other ones, those kids that come to the camp, learning about football, learning about social skills, we just said OK we’re putting this team together and let’s give it a shot.”

The Canadian portion of the tournament is co-ed. Springer knew immediately that he wanted Aleena Chopra on his team.

“At our camps, we always have 15-20 girls, give or take but this selection was a no-brainer. (Chopra) was dominant right off the bat. She was already playing with the guys. When she would come to the camp she wouldn’t shy away from competing against the guys. We needed a girl to play and I knew she’d be the perfect one that would fit.”

Winning has been nice, Springer said, but there’s more to these tournaments and these experiences than that. He’s enjoyed watching the team go from a mix of those five or so that knew each other coming into it, to a group of 10 friends.

“This will sound completely cliche but that’s the only thing that matters. I’ve played football my entire life,” Springer said.

“I miss the game, I miss the things that come with it but the only thing I really, truly miss is the brotherhood and the friendships that I’ve built. The guys I played with when I was eight-years old, I’m still friends with.

“I think the one thing that myself and everybody that’s been involved through the process (has stressed) is, ‘Guys, make these bonds. This is important. These friends, these people you’ll experience this with, enjoy the moment. Don’t let it pass you by. Don’t stay in your shell and not come out of it.’ And that’s what they’ve done. It’s been really pleasant to watch that.”

Springer said the excitement for this weekend stretches across a few things. For some of the kids it’s as simple as staying in a hotel. For others, it’s getting to be around the Pro Bowl festivities and to meet some of their favourite NFL players. Even though they’re on a bigger stage now and don’t really know what they’ll face in their opponents this weekend, Springer said he still sees that swagger and confidence that got them to Orlando in the first place.

“They have an underdog approach. They kind of felt like Montreal was slept on because they’re from Canada and they want to prove to everybody that they have talent in Montreal,” he said.

“Now their mindset is that they want to have fun but they want to prove to the world that Canada has a good amount of talent and that we’re a force to be reckoned with. I think that’s something they’re really looking forward to.”

They’re off to a great start. Flight School won its first two games on Friday.