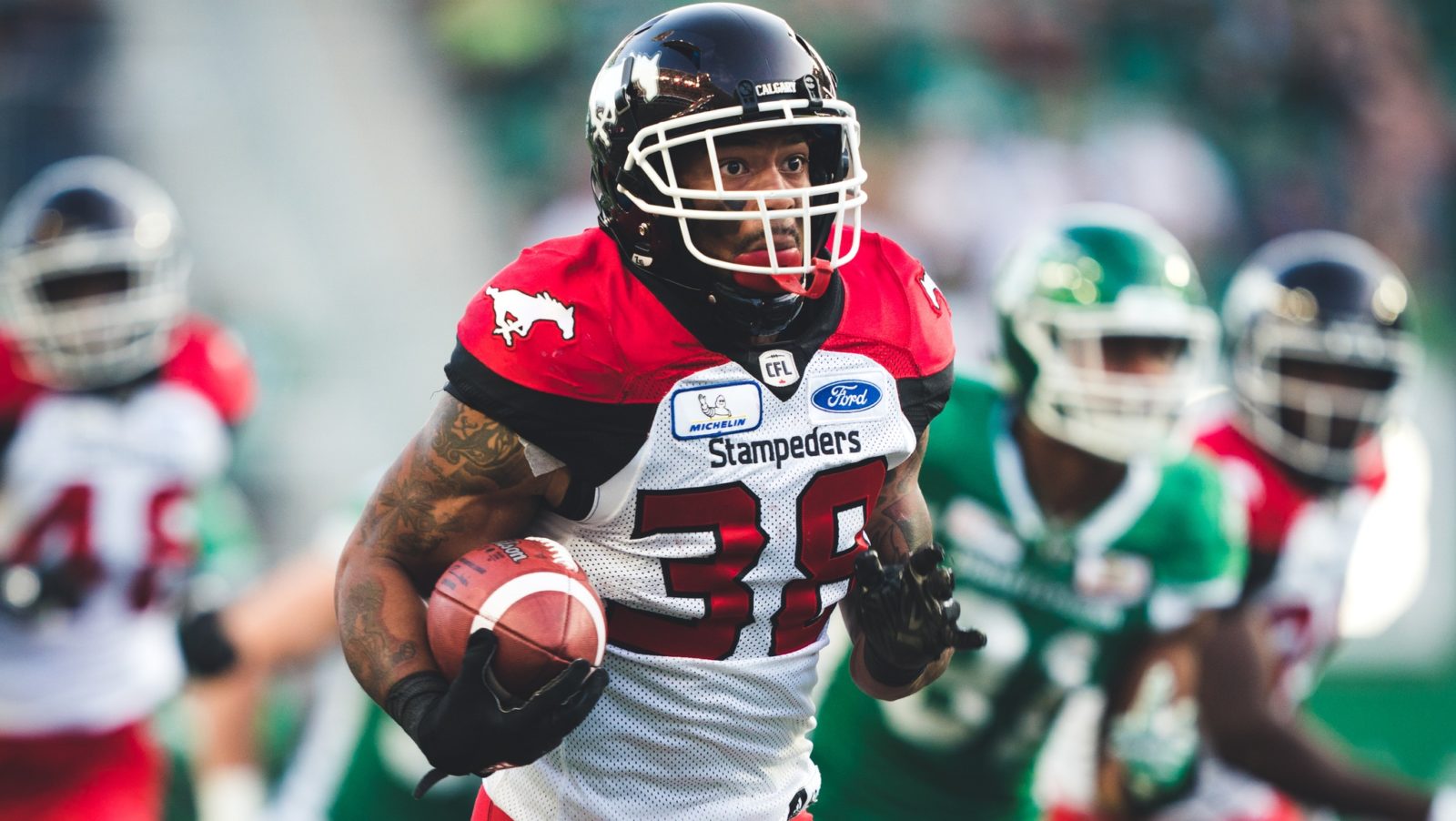 CALGARY –The Calgary Stampeders have signed international running back and kick returner Terry Williams, the team announced on Friday. The Kutztown University product had been eligible to become a free agent in February.

Williams tied a Stampeders single-season record in 2018 by returning three punts for a touchdown. He also had a 97-yard punt-return touchdown in the Grey Cup that helped the Stamps defeat the Ottawa REDBLACKS.

Despite appearing in just 12 regular-season contests last season, Williams was first on the team and fifth in the CFL with 1,336 total return yards. That total included 710 punt-return yards, 550 kickoff-return yards and 76 missed-field-goal-return yards. On offence, he had 46 carries for 242 yards and one touchdown as well as two receptions for 15 yards.

“Terry is a dynamic returner who was an important contributor to our success in 2018 and his touchdown in the Grey Cup is a play we won’t soon forget,” said Stampeders president and general manager John Hufnagel. “I’m looking forward to more exciting plays from Terry, both on special teams and on offence, during the coming season.”

Williams joined the Stamps in 2017 and his first start for the Red and White was memorable as he rushed for 156 yards and three touchdowns in a victory over the Montreal Alouettes. In 17 career regular-season games for Calgary, Williams has 67 carries for 429 yards and four touchdowns, seven catches for 103 yards, 54 punt returns for 710 yards and three majors, 41 kickoff returns for 862 yards and two missed-field-goal-returns for 76 yards.

“I’m excited to be back,” said Williams. “Calgary was the first team that believed in me and I couldn’t imagine being anywhere else, especially after winning the Grey Cup last year.”