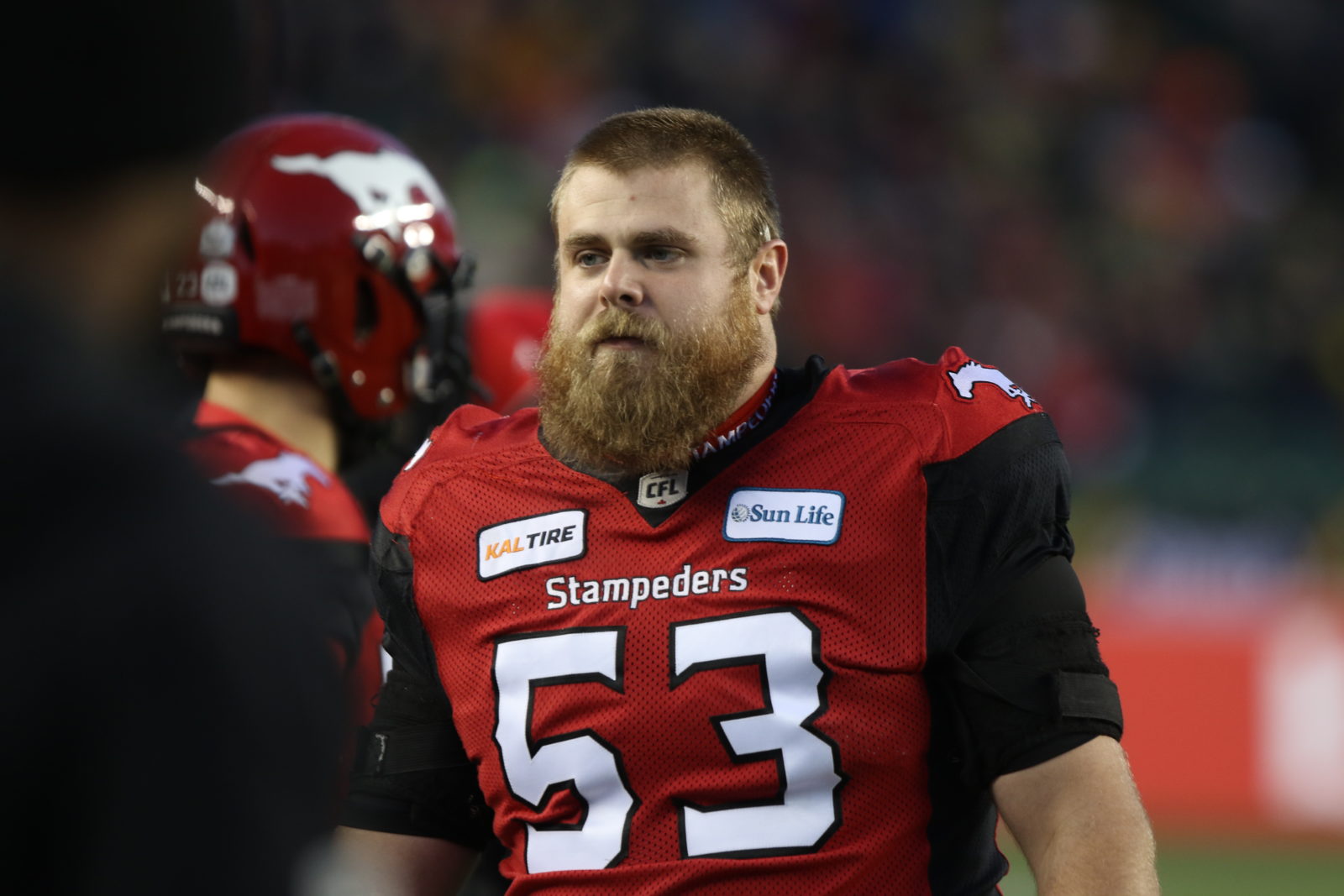 CALGARY — The Calgary Stampeders have signed national offensive lineman Brad Erdos to a two-year contract, the team announced on Saturday. The University of British Columbia alumnus had been eligible to become a free agent in February.

Erdos started all 18 games at right guard and was part of an offensive line that was tied for the fewest sacks allowed in the CFL this season with 27 and provided blocking for tailback Don Jackson, who was among the league leaders with 924 rushing yards and 5.8 yards per carry.
Erdos was also a starter for both the Western Final and the Grey Cup.
“Brad has made steady progress over the course of his career and in 2018 he was a valuable and dependable presence on our offensive line,” said Stampeders president and general manager John Hufnagel. “I’m very pleased that he has made this commitment to the club and look forward to his continued growth as a player.”
A fourth-round selection of the Stamps in 2014, Erdos has played 61 career regular-season games over five seasons with Calgary as well five post-season contests.

“I love Calgary. My family has made this city our home and I’m grateful for the opportunity to stay here,” said Erdos. “I’m also very grateful to the fans for their support. We have a great coaching staff and a great team and I’m glad to be here as we try to continue our success and have a chance to defend the Cup in 2019.”