VANCOUVER — The BC Lions believe DeVone Claybrooks’ ability to relate to his players will make him successful in his first job as CFL head coach.

Claybrooks was one of the most sought-after coaches in the league this off-season, reportedly interviewing with the Toronto Argonauts before taking a job with the Lions in December.

For the man who hired him, General Manager Ed Hervey, Claybrooks’ football resume was impressive on its own. His interpersonal qualities, however, were what put him over the top.

“Watching DeVone over the last couple of years and having the chance to speak to him, you recognize he has a passion for the game, he has a passion for people, his leadership skills,” said Hervey. “The biggest attraction for me in talking to him and people that know him is his ability to connect and relate to the players.” 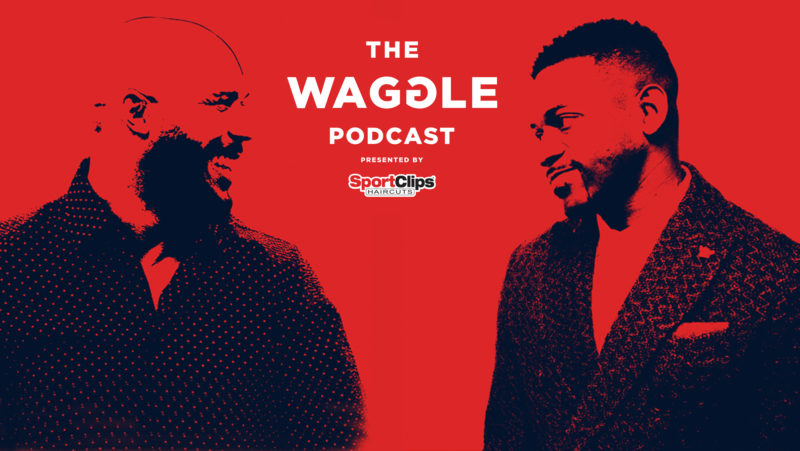 Claybrooks spent 11 seasons as a professional football player, suiting up as a defensive tackle for seven different NFL teams and two CFL teams. After two seasons with Montreal and three in Calgary, he made the transition to coaching in 2012, becoming the Stampeders’ defensive line coach.

He became the defensive coordinator in 2016, and now, after seven seasons of wearing his hat sideways as an assistant, Claybrooks is in the process of trying on something new.

“But at least I’ve got a big enough head that I can fit multiple of them on at the same time,” he laughed. “It’s been a learning experience and every day’s a new day and I’m embracing the challenge.”

Claybrooks’ career football highlights include winning a Super Bowl with the Tampa Bay Buccaneers and two Grey Cups with the Stamps, including most recently in 2018 as the team’s defensive coordinator. His defences ranked first in the CFL in two of the last three years, and no lower than second overall.

In his first head coaching gig, though, Claybrooks admits he’ll have to be more than just a defensive guru.

“When a guy tells me he’s sore in training camp, I can know you’re BS-ing me because it’s only day two. It took me until day three and day four and I was 300 pounds and you’re a skill position guy. You can feed through those types of things, because they’re going to try you, they’re going to try those games with you. They understand because you’re going to snap back and say ‘this is BS, I know that’.

“My cleats still got grass on them. It’s a little brown and dry, but I still have grass on them. If you’re honest with players — they don’t do grey, it’s gotta be black and white — if you can give it to them straight up, they might not like you, but they respect you. They understand it. At least they can say ‘Coach Clay never lied to me, he kept it 100 with me. I might not have liked what I heard, but he kept it real with me’.”

For Hervey, who played in the CFL for eight seasons before transitioning to the front office, that’s one of the most important qualities for a coach in today’s game — the ability to relate on a personal level.

“It’s the ability to communicate and understand and relate off the field,” said Hervey. “Take the head coaching hat off and relate to the person as the individual and be able to navigate whatever issues the player is having to be able to get back on track — getting the player to understand he’s cared about and there is concern that goes beyond the game. And obviously within that, a positive player and a happy player goes out and performs.

“It’s not just X’s and O’s, where if a guy doesn’t [perform] you sit him and move to the next guy — those days are long gone,” he continued. “Now you have to massage between being a head coach, a mentor, and also being able to individualize a person and show some compassion without crossing a line of loyalty to the responsibility of the job, but also being able to get the most out of players. Sometimes it requires one-on-one attention and I believe we have that in DeVone.”