TORONTO — The Toronto Argonauts has signed International linebacker Bear Woods to a one-year contract through the 2019 season, the team announced on Monday. Woods was set to become a free agent next month.

“Bear is a veteran leader on and off the field and a player that has been one of the best at his position,” said Argos GM Jim Popp. “He was integral in helping us win a Grey Cup championship in 2017, the ultimate player, and we couldn’t be happier to have him healthy and ready to go in 2019.”

Woods, 32, played in only 4 games for the Argos in 2018 due to injury tallying 29 tackles, including three straight games with nine tackles each. The 6-0, 245-pound native of Macclenny, Florida, was originally signed by Toronto on May 31, 2017. Woods’ first season with the Argos saw the Troy University product play in 17 games, recording 90 defensive tackles and two sacks during the regular-season and six tackles in the postseason to help bring the Grey Cup back to Toronto.

The veteran linebacker spent six seasons with Montreal before coming to Toronto and was twice selected as a CFL All-Star and was named the East Division’s Most Outstanding Defensive Player in 2014 and 2016. Woods’ 126 defensive tackles in 2016 is the sixth highest total all-time. 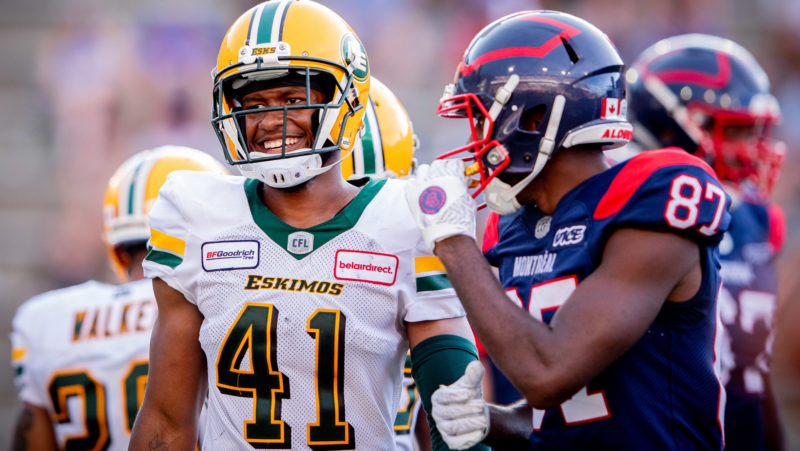