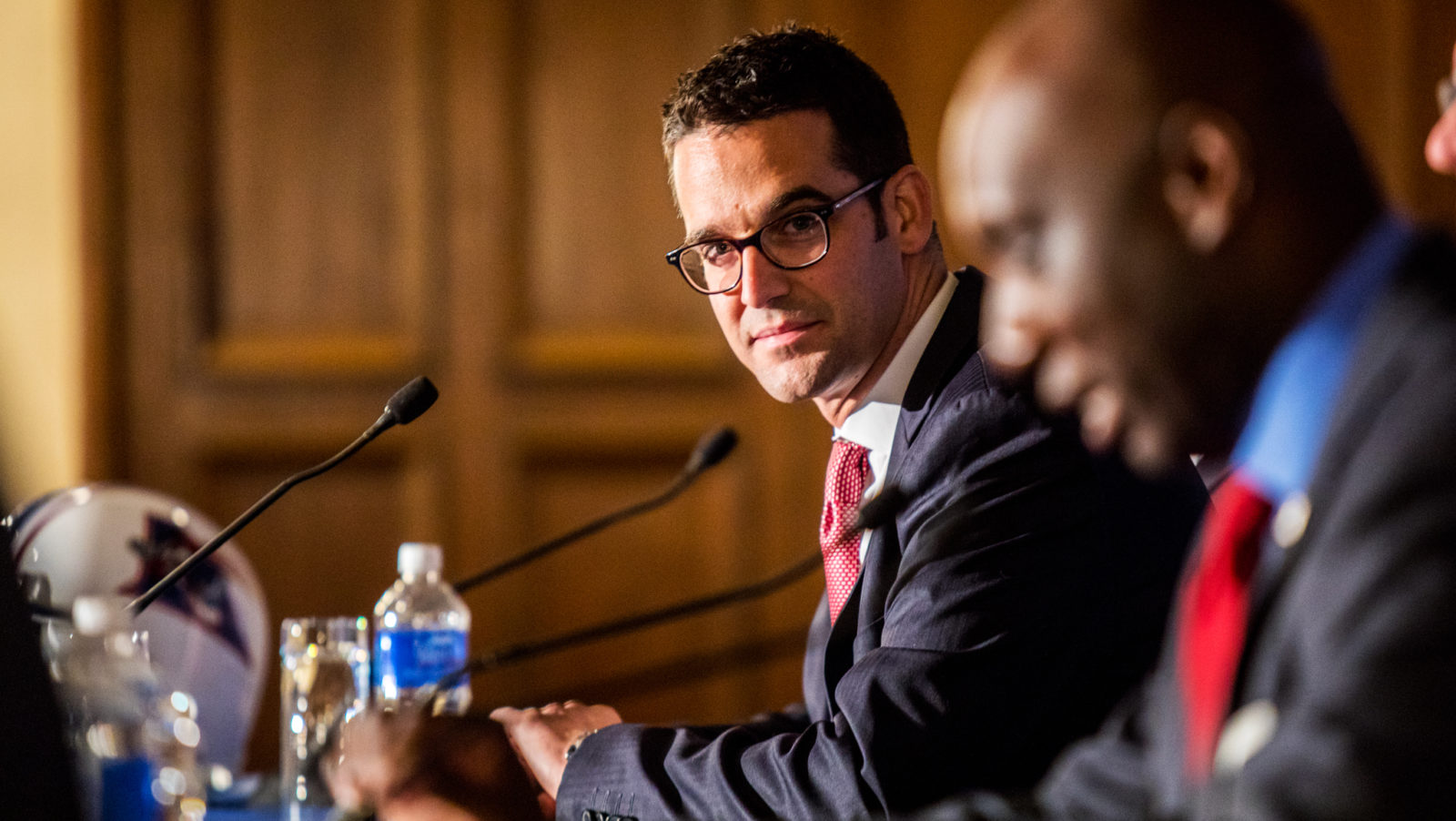 Patrick Boivin admits that as Friday inches closer, he’s feeling a mix of anxiousness and excitement.

“This essentially marks what we believe to be a new step for the Montreal Alouettes,” the team’s president and CEO said on the phone from Montreal this week. On Friday, at the Societe des arts techologiques in downtown Montreal, the Alouettes will launch what they’re calling “a new identity.”

It’s the culmination of 18 months of research and work, of the Alouettes organization thinking about where it’s been, where it wants to go, the city that’s been home to its history and how they all blend together. The Alouettes will have a new look in 2019, one that the team teased in October. Boivin insists that this is more than a cosmetic change.

“We’re evolving an identity but for a lot of people this becomes a very sensitive topic. With a logo you’re talking about a lot of emotional attachment that people have to your brand,” he said.

“It’s a fine line between alienating people with that and getting people to embark on what is a new step on what’s now close to a 75-year journey we’ve been on with the Alouettes. I’m anxious, I’m excited but also kind of relieved at the same time.”

People will see that new identity on Friday, but Boivin says that’s only a facet of the change that he and his staff are working to build.

“The logo, the uniform is an output,” he said.

You hear non-football ops people within the Als organization frequently bring up DNA. It’s something that their marketing team has been deeply invested in over these last 18 months. Boivin would like there to be a connection between the Als and their fans to not just be a football one, but a city-wide one.

“Coming to the stadium is the finality of this, but having interactions with (fans), whether it’s on social media, whether it’s at a restaurant that players locally attend, whether it’s at a concert because we’re doing something jointly with a Montreal band,” he said. “Finding different…points that are all connected to Montreal, to have Montrealers connect with us with the ultimate goal of getting them to say to us, ‘I had fun with them doing this. I should have fun in a social context and bring a bunch of friends to go see a game.’ Then from there let football (win) them over so they come back a second and third and fourth time.”

Friday, with the unveiling of their new identity, the Als are hopeful that they’ve embarked on making that vision a reality. Their recent woes — missing the playoffs the last four years after playing in eight Grey Cups between 2000 and 2010 — have been a wrench in those plans. He knows that a winning season would go a long way in this process.

“This isn’t a putting-lipstick-on-a-pig exercise,” he said. “We have every intention of making sure that the team follows in that track (of change) going into the 2019 season.

“If you’re not relevant from a performance standpoint it’s extremely difficult to nurture a new generation and a continuity with your fans,” he said.

That’s the unfortunate position that the Als are in at the moment. Teams cycle through success, Boivin said, and his organization is trying to find that next generation of fans while the team finds its way again in the CFL standings.

“So how do we do that, knowing the state that the team is in now and knowing that we need to be able to get a different type of emotional attachment and a new fan base?” he said.

“That’s where we came to first, talking about our brand in a multitude of ways. What is very Montreal? What defines Montreal is to a degree what defines the Montreal Alouettes.

“We’re (defining our brand) through our players. Our players live and breathe Montreal. The accessibility that CFL players have is contrary to a lot of professional athletes and that’s really key in this. 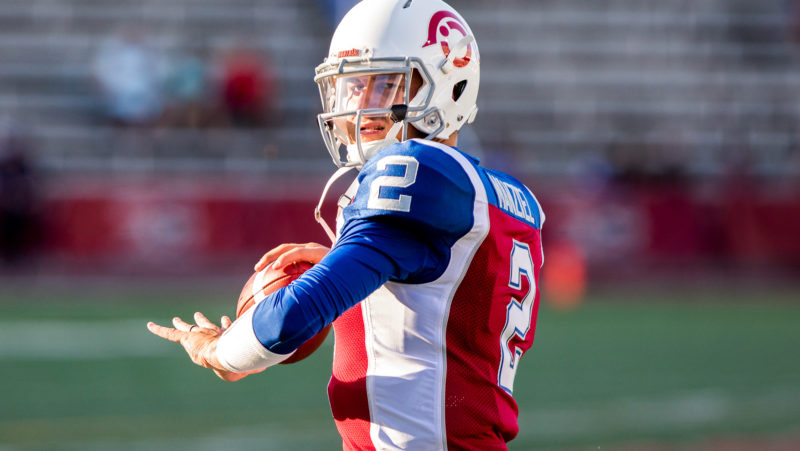 Manziel and the Als had the horn logo for the month of July (MontrealAlouettes.com)

“We have guys that have been living in Montreal for five, 10 years. They take the Metro to work and have a drink in the same watering holes that we do and dine in the same spots that we do.

In the dead of winter, in this tech-savvy environment on Friday night, the Als will host upward of 600 people for a taste of what they want their future to look like. There will be players on hand, mingling with team partners, season ticket holders, local influencers and fans. “It’s a full array of Montreal and people from the team,” Boivin says.

The event will also be the first chance for CFL fans to see how New Era, the league’s new outfitter will do with uniforms this season.

Over the last year and a half, a handful of veteran Als players have seen the development of this new identity, both in the uniform and the broader reach of the marketing plan and they’re excited.

“The guys last week were doing a bit of a photoshoot (with the new uniforms and gear),” Boivin said. “They think this is, the word more commonly used is ‘bad ass.’

“They like it. Some can say that it’s completely superficial for a player but they actually believe that this kind of gives them a new skin.

“Going into the 2019 season it gives them a little more oomph to come out of that tunnel in that first home game of the year to prove to people that this really is kind of a new era, not to play on words, but it is a new step for the Alouettes.”